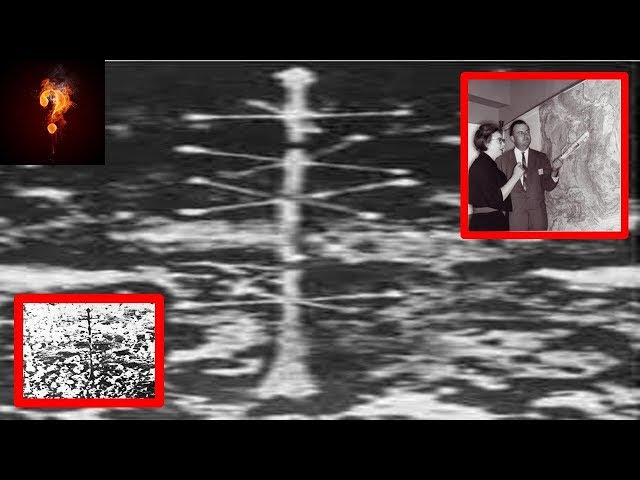 Published on Aug 17, 2017
Antarctica, one of the world’s most mysterious continents, home to one of the largest and driest deserts on the planet, covering an area of around 5 and a half million square miles.
If there was anywhere on earth where crashed, preserved, ancient alien technologies could still be found, it would be here.
An untouched landscape which may in all possibility be the final resting place of as yet, un-retrieved relics, which have been stranded there to this day.
The deep sea which surrounds Antarctic for example, are some of the most difficult and inhospitable environments to explore anywhere.
Far away from the modern world, deep within the frigid, pitch black waters of this massive chunk of ice, where our next discovery was miraculously made.
An out of place artefact which is still resting at the bottom of this sea.
Known as the Eltanin Antenna, if it wasn’t for the brute strength of the nearly 2000 tonne ice breaking vessel known as the Eltanin, we may never have found it.
Initially a US Navy as a cargo-carrying icebreaker, in 1962, she was reclassified as an Oceanographic Research Ship, and became the world's first dedicated Antarctic research vessel.
On the 29th of August 1964, while collecting sample cores and photographing the seabed west of Cape Horn, the Eltanin took the first known photograph of the antenna at a depth of nearly 4000 metres.
The first public mention of the unusual object would not surface for several months, a news item which appeared in the New Zealand Herald on 5 December 1964, under the heading "Puzzle Picture From the Sea Bed" would briefly disclose the discover, yet any further exploratory missions, if indeed there has been any, have been operating in secret.
Similar to the Baltic sea anomaly, yet positioned at a far deeper depth, in an extremely remote, cold, and lonely part of our world, it too shows all the hallmarks of an artificially created object, the question is, what could it be?
And more importantly, whats was, or is, its function? How was it placed where it is?
In 1968, author Brad Steiger wrote an article for Saga magazine in which he claimed that the Eltanin had in fact photographed "an astonishing piece of machinery... very much like the cross between a TV antenna and a telemetry antenna".
It is interesting to note that the black knight satellite, an anomalous object which is in a polar orbit, has been declared by numerous investigators throughout history, as an artificial “alien satellite”, and with what appears to be an enormous alien antenna resting on the Antarctic sea floor, is it possible that the two are connected?
Or possibly, in communication with each other?
In 2003 Tom DeMary, a researcher in underwater acoustics, contacted oceanographer A. F. Amos, a member of the Eltaninins crew the 1960s, in an effort to debunk any theory involving artificial design.
In turn Amos referred DeMary to the 1971 book “The Face of the Deep” by Bruce C. Heezen and Charles D. Hollister.
It seems Hollister had already attempted to identify the mysterious object as a carnivorous sea sponge. However, these attempts to discredit any unusual hypothesis, was solely based on the same photographs we are privileged to, further photographic exploration of the object, if undertaken, has been done in complete isolation from the public.
What is the Eltanin antenna?
A mere sea sponge?
An actual alien antenna?
Whatever it is, it seems certain fields of study would like you to believe its natural, regardless of whether confirmation of such claims was made, we always find this highly compelling.