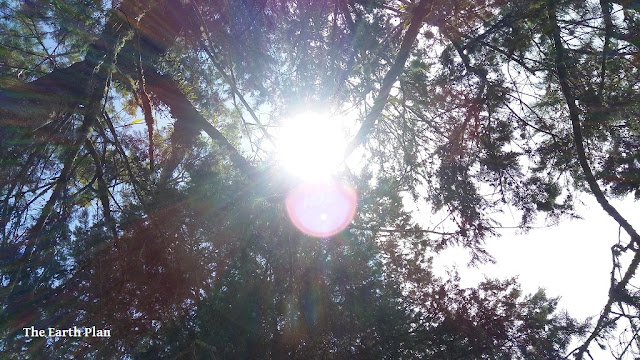 Many in the Lightworker community are going through a very disruptive and challenging period, specifically so after the Lunar Eclipse on the 7 or 8 August, depending on the location. As I mentioned before, I hadn't expected this level of intensity when I first cautioned about it on the 7th of this month ~ I haven't felt this much interference since 2012. This is evident from what some public Lightworkers are going through, from threats against lives (David Wilcock and Corey Goode) to fb rejecting "sensitive" posts, to shutting down CSETI's yt channel, to quote just a few.

I shouldn't be at all surprised, considering what's about to descend upon the Planet on the 21st, but to be honest, the level of interference ~ let's call it what it really is.....attacks ~ caught me by surprise. Having said that, I am also very thankful that the dark no longer wields the amount of reckless and wanton power they had in 2001. But look at their brilliance, even with limited influence ~ a single car ploughing into a group of protesters. The result? An entire nation thrown into turmoil in a matter of seconds, with the rest of the world watching nervously. No need for elaborate plane holograms, exotic weaponry or extensive preparations across several secret agencies.

They are so dedicated and focused with pitbull tenacity in carrying out their dark agenda. Acting with one single mind, UNITED in their objective.

That's how they can still cling on to their last vestiges of power and successfully create havoc to block major progressive events from occurring, or at least diminishing the effects Light projects.

We will need to at least match, if not surpass, their level of focus and single-minded intent.

We need to get our act together and unwaveringly UNITE with one single objective during the Total Solar Eclipse.

We need to speak our collective voice so that our ONE will and intent rings out deafeningly loud and clear, piercing through the deep dark pits of the unLight and finally broadcasting with clarity to reach the patiently-waiting outbreath of the Cosmic Reset.

We need to get this right, dear Light Family ~ we need to come out in full force and show up for the Unity Meditation!!

Please be there for this Meditation, even if it's during a really inconvenient hour of the day. Lock yourself in the toilet (if at work) or turn on 3 alarms (during wee hours) if necessary. It's a Cosmic opportunity that's being gifted to us to seize and act upon, with our own Divine/Free Will. We must ensure that this grand event results in the most positive and highest outcome for Mother Gaia and her Humanity.

Speaking of which, Mother Gaia herself has already gone into warrior mode (Goddesses can be the most effective warriors), and she will no longer allow her path and Will to be jeopardised.

Attacks via a loved one or someone close to us is something that we have been watching out for, post-2012. This is very unpleasant, and most certainly heart-wrenching in severe cases.

However, in all honesty, this isn't even my greatest concern right now, because I'm hoping we've all reached the stage where we know the agenda for this and where it's coming from, and are at least somewhat prepared for this, or know how to handle it.

What I would like to warn against is unexpected outbursts from our LW family. This is specifically designed to create dissent and break up potentially powerful LW groups, to weaken our combined force prior to the 21st. Please be very aware of this and guard against it occurring in your groups or partnerships with a fellow LW. Be forgiving and tolerant if you encounter discord, and watch out for that tendency in ourselves at the same time.

I've had my share of "challenges" over the past 10 days or so. There's physical interference, personal attacks, blocks and disruptions coming out of nowhere, constantly. And I'm so very exhausted. Then there's this blog ~ sometimes I just can't post anything because nothing seems to work. It's been so very challenging, but as I mentioned earlier, their power has been considerably weakened as compared with 2001 and 2012.

We will deny them the opening to split us up.

I must also mention so many Light Warriors whom I know personally, who tirelessly and ceaselessly carry out their missions, no matter how many obstacles are thrown in their path. Their dedication always amazes me and fills me up with equal parts awe and pride.

HEARTFELT GRATITUDE to these Beautiful Souls who work behind the scenes, away from the public eye.....I love you all!