A 3,700-year-old cracked clay tablet rests in the Columbia University collections, marked “Plimpton 322.”
It was recently discovered that the tablet is actually a series of trigonometry tables, claimed to be more accurate than any available today.
The tablet even described the Pythagorean Theorum about 1,000 years before the theorum was created, which worked out that the square of a right triangle’s longest side is always equal to the sum of the other two sides’ squares.
A team of researchers from the University of New South Wales in Sydney, Australia believe that the tablet is the world’s oldest and most accurate trigonometric table, a tool which could have been used to construct palaces, temples, and even pyramids.
The finding was made by Daniel Mansfield and his associates, of the university’s school of mathematics and statistics, in a paper published in the journal Historia Mathematica. 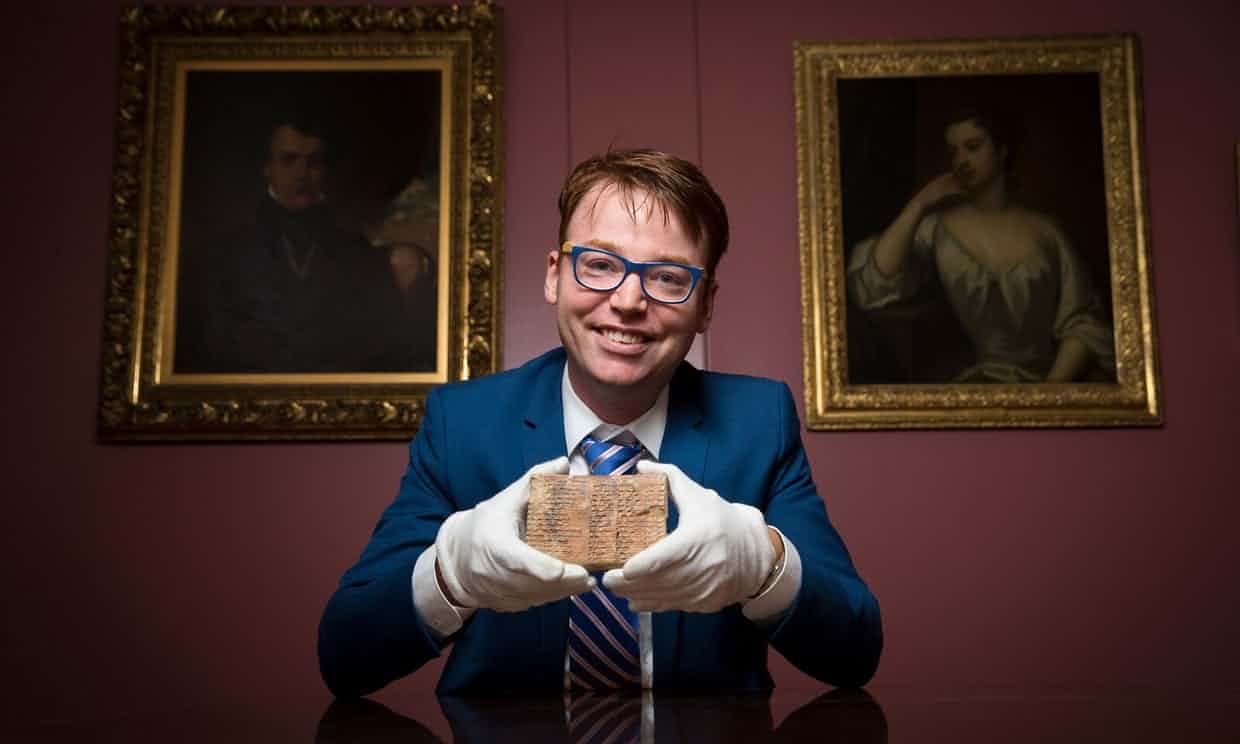 Mathematician Dr Daniel Mansfield with the Plimpton 322 tablet. Photograph: UNSW/Andrew Kelly
According to the Guardian:

“Daniel Mansfield, of the university’s school of mathematics and statistics, described the tablet which may unlock some of their methods as “a fascinating mathematical work that demonstrates undoubted genius” – with potential modern application because the base 60 used in calculations by the Babylonians permitted many more accurate fractions than the contemporary base 10.” 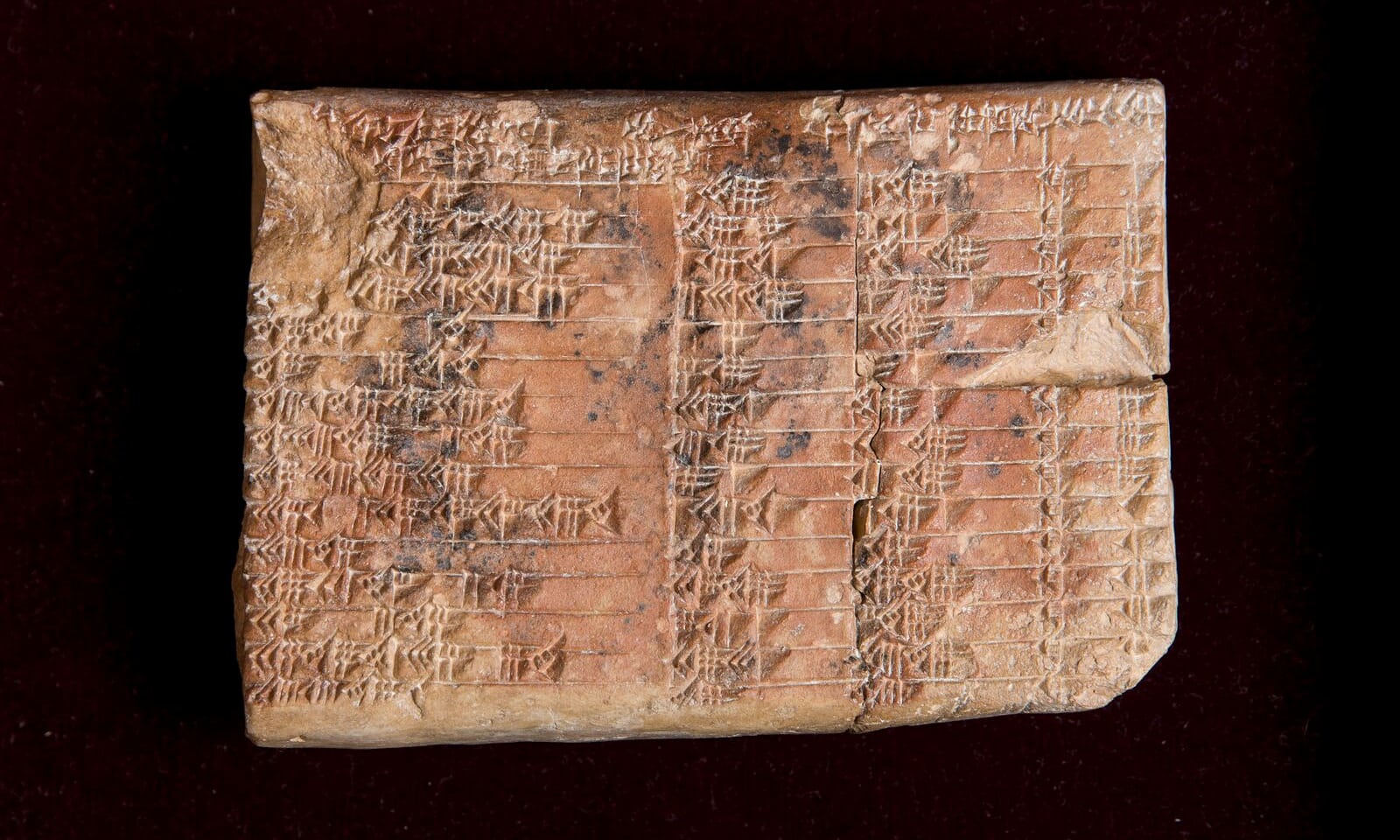 Close up image of the tablet.
The tablet was first brought to Columbia University in the 1930’s by New York publisher George Plimpton, part of a huge collection. He bought it from a man named Edgar Banks, an antiquities dealer and diplomat, amateur archaeologist and colorful character.
Mansfield said:
“The huge mystery, until now, was its purpose – why the ancient scribes carried out the complex task of generating and sorting the numbers on the tablet. Our research reveals that Plimpton 322 describes the shapes of right-angle triangles using a novel kind of trigonometry based on ratios, not angles and circles. It is a fascinating mathematical work that demonstrates undoubted genius.
The tablet not only contains the world’s oldest trigonometric table; it is also the only completely accurate trigonometric table, because of the very different Babylonian approach to arithmetic and geometry. This means it has great relevance for our modern world. Babylonian mathematics may have been out of fashion for more than 3,000 years, but it has possible practical applications in surveying, computer graphics and education. This is a rare example of the ancient world teaching us something new.”

What info can be derived from this? Perhaps society has been in a cycle of rise and fall for longer than we know. Perhaps truth we can prove to be evident now was already proven tens of thousands of years ago.
(Image credit: the Guardian, Pininterest)

Re: Ancient Tablet Found to Hold Mathematical Secrets Unlocked After Nearly a Century of Study Fri Sep 01, 2017 12:51 am