7 Types of People Who Lie as Easily as They Breathe

There are certain people who lie much more than others. I guess you can call it pathological. Well, there are ways to spot them as well.


They say that every one of us lies at some point or the other. I believe that’s true. I know I can tell lies if I need to, but mostly to protect someone I love or when I feel like I am in danger, you know, that sort of thing. But there are people who lie as easily as they breathe. In fact, if they couldn’t lie, I believe they might explode.
Well, I guess I’m a little dramatic, but I can let you in on another little secret about them. A liar sometimes believes their own lies as well. Lies become a part of their life and mold their opposing facts right into the fibs they tell. It is astonishing to watch a liar at work, and if you know someone like this, you understand exactly what I’m talking about.


These are the liars in your life

Now, it’s not just anybody that lies like this. People who lie as easily as they breathe are usually certain types of people. They stand out, usually stricken with mental or personality disorders. But then there are those particular ones who hide their disorders and hide them quite well. It could take years to discover the caliber of their dysfunctional behavior and the quantity of lie they tell. Here are the people who are more prone to live a lie.

Do you know someone who is psychotic? Maybe you don’t know what that is exactly. Well, a psychopath is not necessarily someone who is violent. A psychopathic person can be someone who is charming and lives a seemingly normal life. Unless you are close to them, you would probably never suspect that anything was off, but it’s quite the opposite.
A psychopath is one of the biggest liars around because everything they do is built upon deception. They have little empathy and work their charm toward getting everything they desire at the expense of your safety or feelings. Lies are second nature to the psychopath, who would rather lie to gain superiority than telling the truth to help others.

Ah, surprised aren’t you? Did you know that the extrovert is prone to lie much more than the introvert? There is a rather simple explanation for this. The extrovert is a social creature and most social engagements call for lies of some sort. In fact, social events go smoother when “little white lies” are told. Think about it, considering extroverts are always around other people, they have more opportunities to lie.
Social groups mean situations and situations mean more reasons to lie to save feelings and reduce confrontations. Some extroverts, considering their environments, will begin to lie just as easily as they breathe, and after some time will also start to believe the lies they tell. It’s about status and it’s about peer pressure. These things can create monsters out of people who simply want to have a high quantity of friends. It’s a sad truth, but a truth none-the-less.

It’s probably no surprise that the narcissist is prone to a high volume of lying. Considering their personality traits are living for attention, lying, lacking empathy, and playing the blame game, the narcissist’s nature is to do anything to retain a certain identity. The reason why the narcissist struggles in these areas are because of the emptiness they have inside. The true identity of the narcissist is so deeply buried that they have created a false life built around what they wished they were.
They strive for attention in order to retain this false identity, just as they lie and fail to have empathy for others. When others begin to see through this façade, the narcissist will become angry and their lying will escalate. Unfortunately, most narcissists never change and they will always be people who lie.

Sometimes, you don’t even have to be psychotic or narcissistic to live a life of perpetual lies. A pathological liar will seem just as normal as anyone else until you catch them in a lie. But no matter how hard you try, the pathological liar will not admit to the lie, and if you think it’s an isolated incident, think again.
Not only with the pathological liar deny the fib until their last breath, but they will also lie about anything and everything. Even when there is no reason to lie, they will lie for fun. They really enjoy this and find it just as hard to tell the truth as it would be to conquer the world.

Did you know that young adults are prone to lie at an alarming rate? If you think about it, it makes sense. Especially those in college, they are prone to lie easily and lie about things that don’t even matter. Statistics show that the older you get, the less prone you are to lying which also supports this theory.
So, who do they lie to? Well, young adults lie to their friends, but they tell the larger, more hurtful lies to their families and loved ones. Usually, this is used to get what they want in times of need or to stay out of trouble, which makes sense, considering the older you get, the more self-sufficient you become and the less need for lying.

Now, this should be easy to understand for most of us, but let me break it down for you in a more personal manner. I was in sales for many years – I sold beauty products, health products, and intimate products as well. I was taught to lie all the time in order to sell my products. My superiors told me to say things like, “the product is the best and is proven to work.” I was also instructed to lie about how I had used the product and how much I loved it, which in most cases, I had not and I did not love the product.
So, being a saleswoman, I lied every day. I also lied about why the prices were high and why there was such a high price for shipping and handling on each purchase. I lied and lied and lied until I believed everything that was coming out of my mouth. Eventually, I stopped doing this line of work, because I just couldn’t lie to them anymore. Salesmen do lie, sometimes just as much as psychopaths, and sometimes, they become those personalities and disorders.


Do you know people who lie?

Well, of course, you do. I bet, if you aren’t that prone to lying, you see a big liar every day. Maybe you see them at the gym, at the market, or even at your workplace – well, of course, they are in the workplace, they swarm there.
Everyone lies, but people who lie as easily as they breathe are dangerous and you should be aware of their presence at all times. Because if they can lie this easily, then your feelings and well-being won’t be a high concern for them.

Watch out for these liars and practice being an honest and loyal person. You will be proud you did.
References: 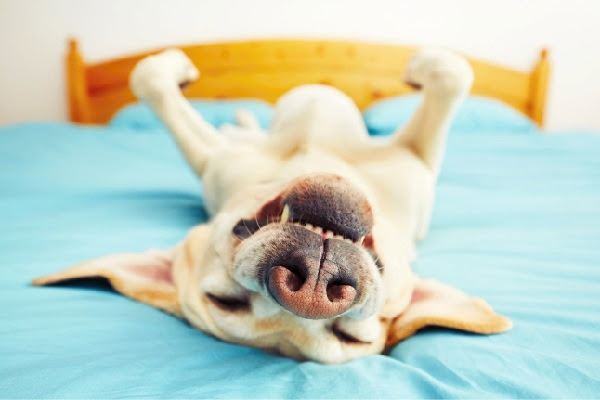 I will have to think about this for awhile. Too hard to take in one reading. Right now I am on the phone with my Wells Fargo bank officer telling him about the billions I will receive from the sale of my Super Petchili bonds. I got paid last night.

(I am only pulling your leg. I am meditating right now)