Did you know? Hurricane Irma, which recently tore into the Caribbean and is heading towards Florida, is one of the most powerful Atlantic Ocean hurricanes on record. Though the hurricane has downgraded to a Category 4 from a Category 5, its wind speed remains about 150 mph.
Compared to Hurricane Harvey which “parked” in one place, Irma is “a whirling dervish” that has great potential to wreak havoc on Florida and Cuba over the weekend. Reportedly, Irma destroyed “95 percent” of Saint Martin, Barbuda, and the British Virgin Islands. Millions of people are now left without access to water, electricity or phone service. And, at least 10 are dead.
Because of Irma’s strength, a Hurricane Watch is in effect in the Bahamas, Cuba and the state of Florida. In the Florida Keys and low-lying parts of Miami-Dade County, officials have announced mandatory evacuation orders. Schools are closed, shelters have been set up, and 7,000 members of the National Guard will deploy to the region today.
Hurricane Irma is not the only natural disaster to be wary of. A new hurricane, dubbed Jose, recently strengthened to an “extremely dangerous” Category 4 storm. According to the National Hurricane Center, Jose has sustained winds up to 150 mph.
Philip Klotzbach of Colorado State University said this is the first time on record that two hurricanes with 150-plus mph winds are in the Atlantic ocean at the same time. Perhaps now people will acknowledge the stark reality of climate change and adopt sustainable habits to prevent future events from worsening.

Following are 45+ harrowing images of the destruction Irma has already caused:

#1 People Evacuating Their Chickens From The Florida Keys

#2 Paraquita Bay (Before And After Irma Damage) 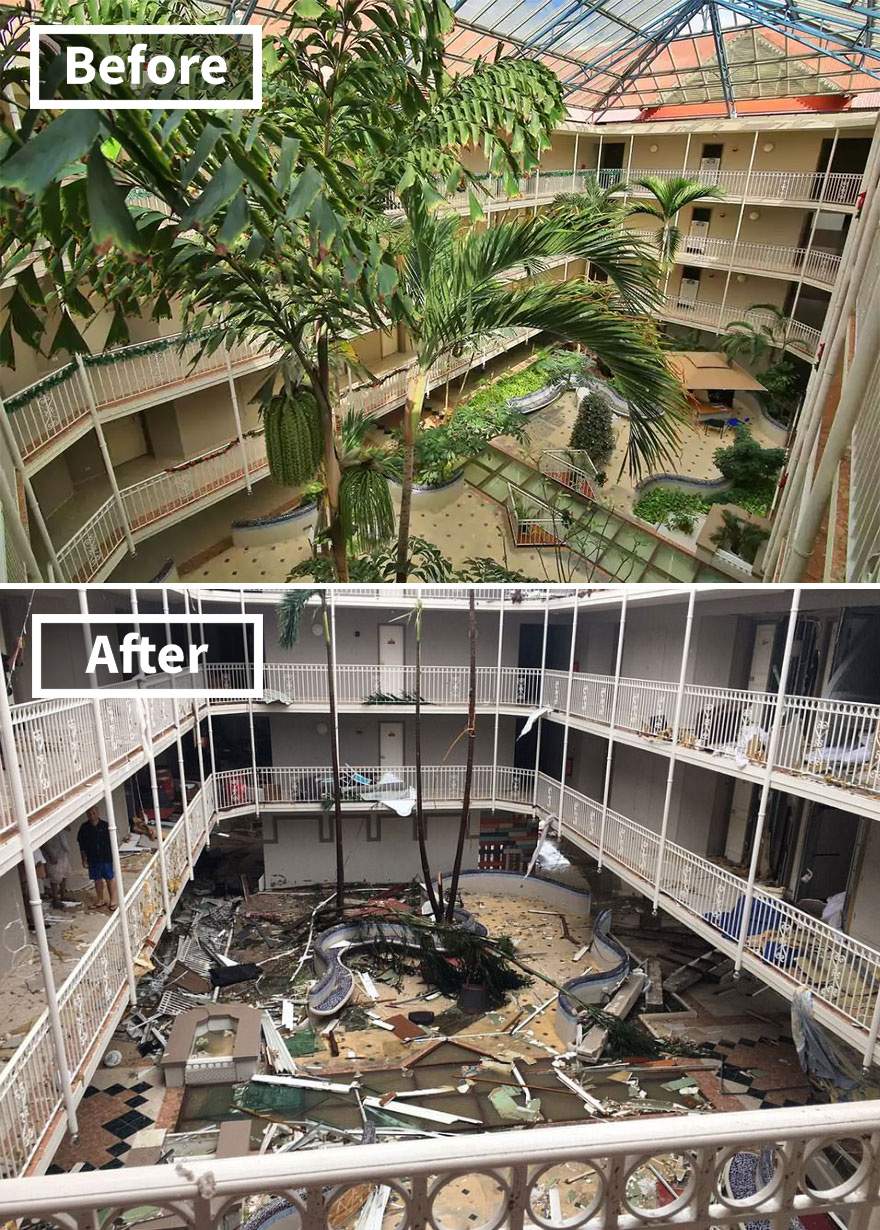 #5 Dogs Take Refuge From The Rain As Hurricane Irma Makes Its Entry Into Samana, Dominican Republic, On Thursday

#6 Wind Swept Cars Are Piled On Top Of One Another In Marigot, Saint Martin, After The Passage Of Hurricane Irma 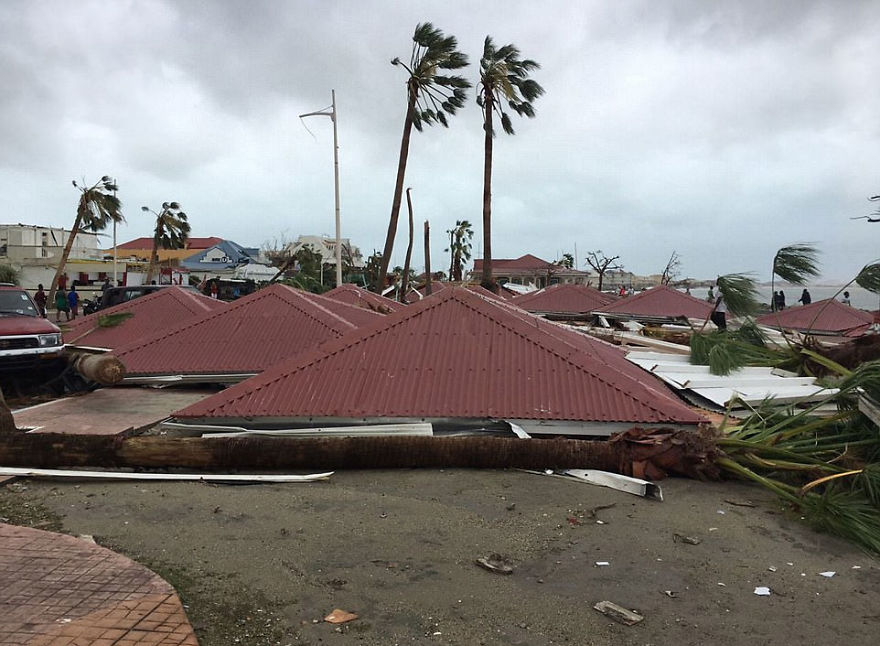 #9 Smoke Rises From A Fire Amid Debris And Damaged Buildings In Marigot, Near The Bay Of Nettle, On The French Island Of Saint Martin On Wednesday

#11 The Hotel Mercure In Marigot, Saint Martin, Is Left In Ruins Following An Impact From Hurricane Irma

#12 Rescue Staff From The Municipal Emergency Management Agency Investigate An Empty Flooded Car During The Passage Of Hurricane Irma Through The Northeastern Part Of The Island In Fajardo, Puerto Rico 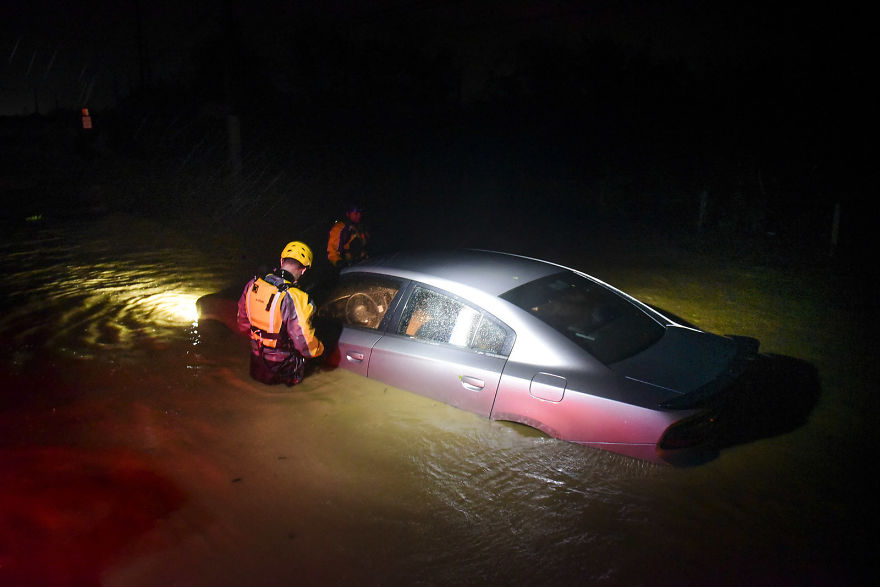