Australian aborigines carry the DNA of an unknown “human” species


New research has revealed fascinating details about Aboriginal Australians and Pacific Islanders, who according to experts, carry genetic material of an unknown human species.
The new research suggests people from Papua New Guinea and northeast Australia have traces of DNA belonging to an unidentified, extinct human species.
Apparently, there is still much that geneticists and scientists do not understand about this crucial moment in human history, and it seems that research on the subject is raising more questions than answers.
In 2016, researchers at Harvard Medical School published the findings of a comprehensive study of the human genome of all areas of the world and discovered something astounding about the Australian aboriginal population.
They appear to have genetic markers that indicate they are descendants of a yet unidentified human species.
“We’re missing a population, or we’re misunderstanding something about the relationships,” Ryan Bohlender, a statistical geneticist at the University of Texas, told Tina Hesman Saey at Science News.
Bohlender and his colleagues have been researching the amount of extinct hominid DNA that modern humans still carry today. To the surprise of many, they say they’ve found discrepancies in previous studies that suggest our mingling with Neanderthals and Denisovans isn’t the entire evolutionary story. 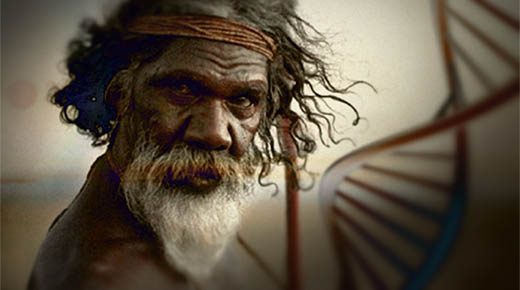 “Who this unknown group is we don’t know.”

It’s believed that between 100,000 and 60,000 years ago, our ancestors migrated out of Africa, making contact with other hominid species inhabiting the Eurasian landmass. Experts believe that this contact left a mark on our species that is still present today.
“Our main goal is to understand how our race got to the point where it is, but in order to do that, we must first study the DNA of the ancient tribes,” explained Mallick Swapan, leading scientist of the study, and an expert who has been studying the origins of the human genome for most of his career.
He explained that the new study gathered the genetic data of 142 different human populations scattered around the world that was underrepresented in large-scale studies so far.
According to Swapan, the most incredible revelation of this new study is that the genetic code of the Australian aborigines shows that they carry the DNA markers that indicate the ancient crossbred with an unknown “human” species.
Although it was initially suspected that unusual DNA markers might indicate that Aboriginal ancestors interbred with the elusive ancient species known as Denisovans, this hypothesis turned out to be incorrect.
After the analysis, scientists discovered that DNA markers were distinct from Denisovan markers, leading them to the conclusion that they had found traces of an entirely new form of ancient human species.
It is known that the native peoples of Australia are descendants of the first people who came to the continent from Africa about 50,000 years ago.
It has been assumed that aborigines were isolated from the rest of the world for thousands of years and therefore scientists thought that their genetic code would be relatively homogeneous.
Surprisingly, this turned out not to be the case.
“The genetic signatures of an Australian Aboriginal from eastern Australia and western Australia are as different as those of a person from Europe and an Asian person,” Swapan said.
The incredible diversity in the genetic code of the native peoples of Australia, in addition to the peculiar genetic marker that indicates that they interbred with an unknown human species in the past, indicates that there is still much more to discover about the ancient history of humanity.