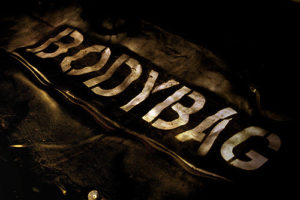 Joseph Rago, a seemingly healthy Pulitzer Prize winning journalist investigating Hillary Clinton, was found dead at 34 in his apartment Sunday morning.
Ricky Vaughn announced the writer’s death through twitter at 10:30 AM, and although mainstream media outlets have made cursory acknowledgements of Rago’s passing the most obvious and alarming point escapes even a mention.
Joseph Rago, who by all accounts appears to have dropped dead spontaneously if the MSM is anything to go by, was investigating Hillary Clinton.
Neither The Inquirer nor The Wall Street Journal mention this, though both are very quick to make vague assurances that we shouldn’t assume it’s (another) assassination. This is particularly notable since The Wall Street Journal was where Rago worked.
Rob Tornoe of The Inquirer writes:
“A New York Police Department spokeswoman told the New York Times that foul play is not suspected in the 34-year-old’s death. “The cause and manner of death are pending further studies following today’s examination,” a spokeswoman for the city’s medical examiner’s office said.”
Meanwhile, Jennifer Levitz of The Wall Street Journal reports:
“Mr. Rago was found with no obvious signs of trauma and emergency responders declared him dead at the scene, the police said. The cause of death was being determined by the medical examiner on Friday.”
So they don’t know why Rago died, no idea at all, but it definitely wasn’t anything sinister. Of course not. Why would it be sinister? It’s not like there’s a precedent for this sort of thing. Young, talented, politically difficult young men die for no reason all the time. Just look at Seth Rich!
But my, how convenient for Hillary Clinton.
Written by staff writers and published by Milo ~ September 11, 2017.
FAIR USE NOTICE: This site contains copyrighted material the use of which has not always been specifically authorized by the copyright owner. We are making such material available in our efforts to advance understanding of environmental, political, human rights, economic, democracy, scientific, and social justice issues, etc. We believe this constitutes a ‘fair use’ of any such copyrighted material as provided for in section 107 of the US Copyright Law. In accordance with Title 17 U. S. C. Section 107, the material on this site is distributed without profit to those who have expressed a prior interest in receiving the included information for research and educational purposes. For more information go to: http://www.law.cornell.edu/uscode/17/107.shtml
Thanks to: http://www.federalobserver.com