Streetcap1 who recorded an object what looks like a holographic display of a planet wonders why does it appear intermittently then not at all and is still waiting to hear a valid explanation for the weird phenomenon. 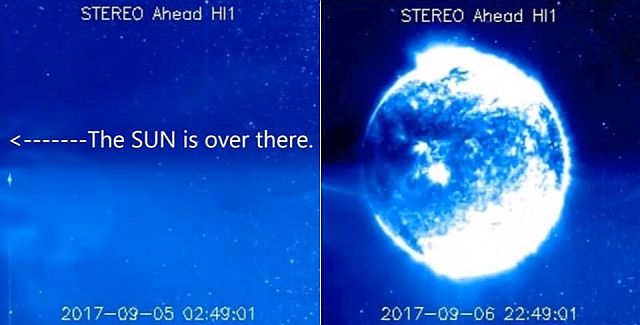 Some people suggest that it is caused by an overload on the satellite's processor and it doesn't filter the image of the sun as it should at that moment, a glitch or a malfunction in the program.

Others suggest that it is holographic projection of a planet exposed by the solar flare, like the flares energy opened a window in space.

It is interesting to know that a team of theoretical physicists and astrophysicists have provided what researchers believe is the first observational evidence that our universe could be a vast and complex hologram. They have published their findings in the journal Physical Review Letters.

So, is it possible that we are living in a holographic universe and this planet-like object is a hologram accidentally exposed by a solar flare?