Below are three articles exposing rogue agencies in the USA government are still sponsoring terrorism and ISIS.  You wont see this in main stream media.  Then again, this is all fake news, right? 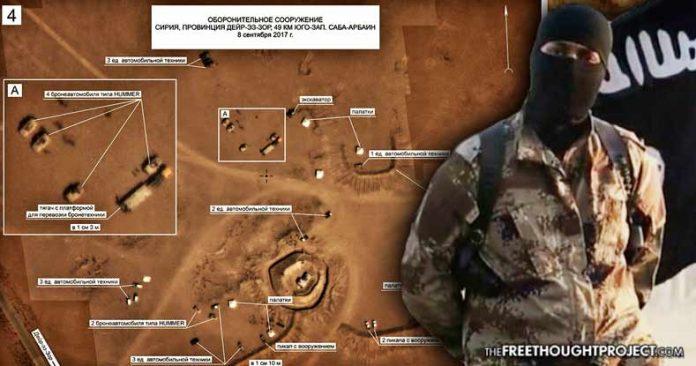 While coverage of the Islamic State’s reign of terror in Iraq and Syria has quietly disappeared from the mainstream media, allegations and photos of the United States supporting and funding the group continue to come to the forefront.

The latest battle is occurring over Deir er-Zor, the largest city in eastern Syria, where both the U.S. and Russia claim to be fighting against ISIS. However, according to the Russian Ministry of Defense, aerial images of ISIS positions included equipment from U.S. Army Special Forces.

he Russian Defense Ministry released an aerial footage of the Daesh positions north of Syria's city of Deir ez-Zor that showed the US equipment deployed in the area.

The photos posted on Russia's Defense Ministry's Facebook page on Sunday show equipment that is used by the US special forces.

The Russian Ministry of Defense has released aerial images which they say show US Army special forces equipment north of the town of Deir er-Zor, where ISIS militants are deployed.

US Army special units provide free passage for the Syrian Democratic Forces (SDF) through the battle formations of Islamic State (IS, formerly ISIS/ISIL) terrorists, the ministry said in a statement.

Posts : 486
Join date : 2017-05-11
" exposing rogue agencies in the USA government are still sponsoring terrorism and ISIS..."
How are they "rouge?"
This is tRumps administration.