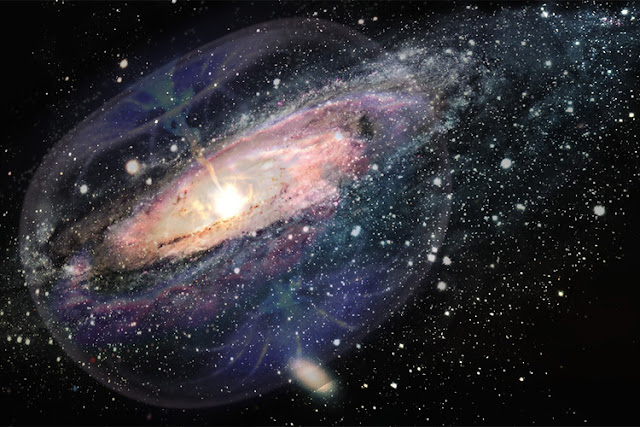 (Nathaniel Mauka) Nassim Haramein is a rogue physicist who thinks way outside the box. In fact, when he was just nine years old, traveling on a long bus ride to get home from school, when he realized that the Universe was just a bunch of “dots.” What came from an experience of astral projection in a small boy’s mind turned into the Theory of Everything, or what is commonly known as the Unified Field Theory.


Related: An Example of Holistic Discernment and the Fruit of Critical Thought | Commentary on Kent Dunn Updates by David Nova

Haramein’s discovery is elegant. In comparison to other theoretical physicists’ notions about what makes up “everything” it makes sense all the way out to the gargantuan real estate of our cosmos – in galaxies and quasars (baby galaxies just being formed), but also all the way down into the microcosmic level of quarks and planks. A planck being the energy discovered by Max Karl Ernst Ludwig Planck who won the Nobel Prize in physics in 1918 for discovering that all energy can be measured in universal constants.

The planck constant defines how particles and waves behave in the quantum field. This is an important concept, but let’s get back to Haramein’s discovery before we go much further.

Something that Exists from Nothing that Doesn’t Exist?

Finally, Haramein says when explaining his childhood memory, “my teacher gets to the third dimension – which is just a bunch of these planes put together to make a cube, and says, “now, this exists!” but I said to myself, it doesn’t matter how many planes you put together – 230 or a billion, you don’t get something that exists from a nothing that doesn’t exist!”

In brief, he was smart enough to question the assumption that even highly advanced theoretical physicists still try to work from today. This causes mathematical proofs that go on for pages and pages, but “at the end of the day” as Haramein explains, “they still don’t add up.”

In another lecture, Haramein explains that science must make sense all the way up and all the way down. When it doesn’t, the scientific community becomes manic – because there is no unity. They develop more grandiose equations to try to explain the simplicity of all things which, to him, became inordinately apparent. But, his view is seen as rogue and outlandish due to its simplicity. It creates unity instead of division.

When he says all the Universe is made up of dots “all the way up and all the way down,” he means that nothing ever exists, but “nothing” is all that exists. This was Haramein’s epiphany. The universe simply makes an infinite number of dots within dots within dots, within dots. The answer to the riddle was the exact opposite of what his teacher had told him when he was just a young boy in school.

The universe makes points of infinite division and assembles them on different scales to make everything we see. That includes the biggest things we can imagine like massive black holes ten billion times the size of our sun, all the way down to the smallest particle we have discovered thus far – the quantum particles below Planck’s scale. But there is no “smallest particle.” There are only infinitely smaller and infinitely larger dots.

These dots within dots within dots (or points in space-time) are what we experience as the material world, but this makes up less than 99.9% of our universe. Moreover, the space around these points is not empty– rather it’s a vacuum that’s filled with energy and only appears empty because it’s everywhere.

A Hong Kong University of Science and Technology study even found something to back up Haramein’s theoretical physics.

While studying astrophysics, they found that density distributions of the vast universe and the nature of the smallest particles are related – just like Haramein’s hunch that a true Theory of Everything must work all the way up and all the way down.

Scientists found a connection between those two aspects, and argued that our universe could be used as a particle physics ‘collider’ to study the high energy particle physics.

Which brings us back to what was the smallest observable particle – the Planck – a subatomic particle, (but there are even now particles below Planck’s scale in the V range – because, remember there are only infinite points in space/time), yet the Theory of Everything works here, too, because Haramein’s physics is explained whether we are talking about massive black holes or subatomic wave/particles.

In brief, there are only dots. That’s all that exists.

And that’s the Theory of Everything. Simple.