Strange things spotted in the skies over Hawaii and Germany

On October 9 and 10, 2017 strange objects appeared in the night skies over Kalaheo in Hawaii and Nordendorf in Germany. Witnesses were able to take images of both objects. As for the object in the sky over Hawaii the witness states: 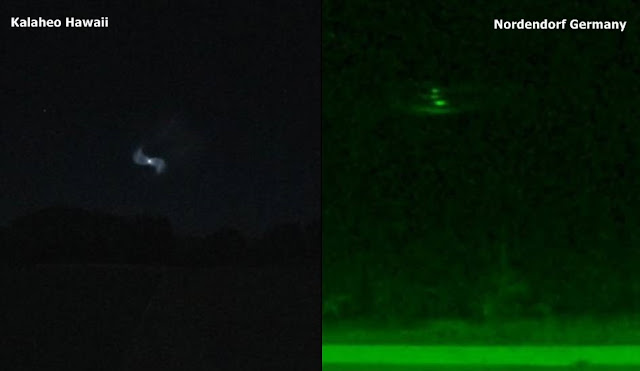 A friend of mine called me at four in the morning. He is on Eastern Time, six hours ahead of us, and didn't realize it was 4am for me. I walked outside, so I wouldn't wake my wife.

As we talked, I looked straight up noticing the moon and how bright it was. Then, as I lowered my head I noticed this bright object way off, like a star, but much brighter.

I could see two nearby stars to use as reference points. The object was very bright and had a symmetrically shaped bright swirl on both sides of it, a mirror image of each other.

The object as well as the aura surrounding it moved South in the sky maintaining its size and shape the whole time. 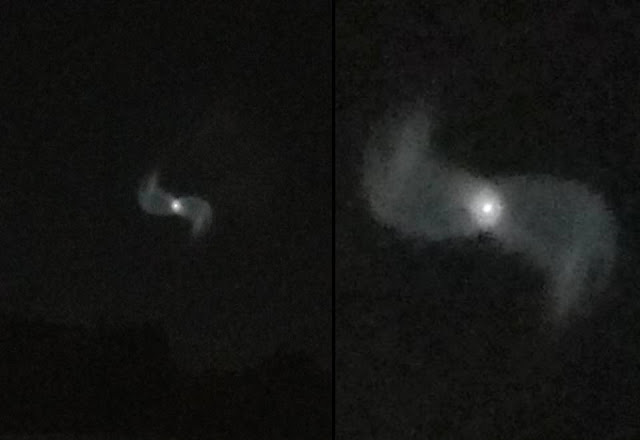 I ran inside and brought my wife outside to see it. As we watched it, it continued to move south and grew in size getting much bigger than it originally was, yet maintaining its shape perfectly.

It finally began to fade in brightness and eventually just disappeared completely, before leaving our line of site. While I watched the object I took two pictures. One at normal focus, and then I zoomed in and took another shot. Mufon case file 87251.

One day later a photographer captured a UFO-like circle in the night sky over Nordendorf in Germany. 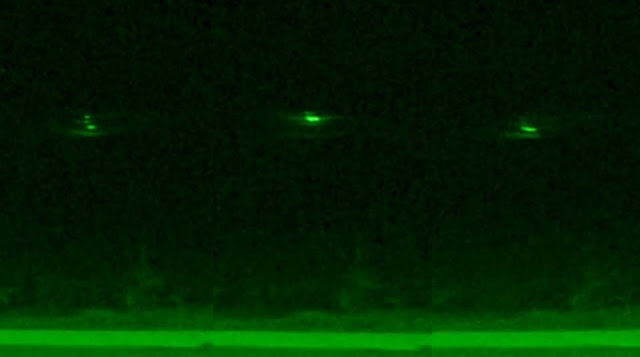 The object that appears to consist of three spheres surrounded by a circle gradually changed into one sphere while the circle slowly faded away. Mufon case file 87263.