It wasn’t just Regulus. There was another important celestial time marker pinpointing the start of the deadliest mass shooting in US history in Las Vegas at 10:05 pm PDT Oct 1, 2017. It was a “galactic moment“… when the Galactic Center (the center of the Milky Way Galaxy) was setting right at the horizon, directly behind Mandalay Bay as seen from the concert area. Naturally the Galactic Anticenter was also simultaneously rising on the opposite horizon 180 degrees away.

I wasn’t planning to discuss this publicly yet (i.e. beyond STR members) but I feel prompted to do so after reading Chris Knowles’ October 15th article titled “Heaven Upside Down or Las Vegas: The Sickle” published on his Secret Sun blog site. The dots he connects in the article set the “stage” too perfectly for this information.
Chris starts his article with Regulus:

First, let’s get to the star of our show, and I mean that quite literally. This comes from Goro Adachi’s Super Torch Ritual:
Regulus the heart star of the celestial sphinx (Leo) was precisely at the north-south meridian of Las Vegas at the moment the mass shooting started at 10:05 pm PDT, about 42 degrees below the horizon due north. Go back or forward two minutes and there wouldn’t have been this alignment. It was precise and existed only at the exact time the massacre commenced.
[…] Note that the heart of the Sphinx is looking straight at Las Vegas Village, where the Route 91 Harvest Festival is held.

We indeed know all about that…

But Chris then focuses on one specific part of the celestial sphinx – the “sickle”: 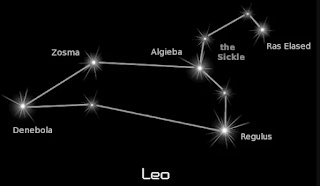 …Regulus is not only the heart of Leo, it’s part of The Sickle, formed with three major stars with Arabic names.
[The six stars that form a backward question mark are more popularly known as the “Sickle” in the constellation of Leo, the Lion. The Sickle is an asterism — a noteworthy or striking pattern of stars within a larger constellation.]
The Sickle. Harvest.

[The “Route 91 Harvest” concert in Las Vegas
turned into massacre on October 1st, 2017]
Is the Sickle the “dark secret” of the Harvest Festival? 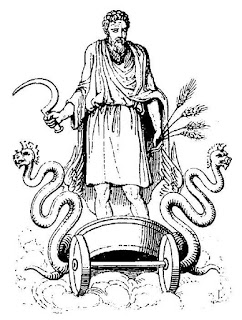 We also saw a motherlode of Saturn symbolism and the Sickle is also identified with the Black Sun and Chronos. We especially saw a lot of Saturn symbolism associated with Jason Williams, better known as Jason Aldean [who was performing on stage at the time of the Vegas mass shooting], with all his black sun symbolism and tattoos and all the rest of it. Guess what, Jason? They know now. 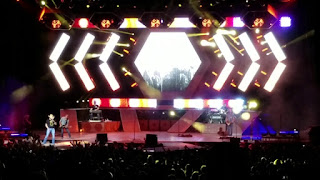 I never heard of this guy until recently but holy crap, do his handlers pile it on thick. Note the Saturn hexagon in the center with the 33/66 dashes forming the rings. That’s Jason singing inside the hexagon. 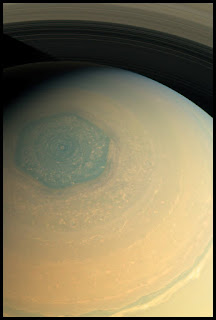 Ah yes. Saturn…
Leo has a sickle. Saturn’s astronomical symbol represents a sickle. The Greco-Roman god Saturn-Cronus is typically depicted with a sickle and considered a patron of harvest. The Vegas country music festival that turned into a bloodbath was called “Route 91 Harvest“.
I can only agree with Chris Knowles: Saturn is a key hidden piece of the Las Vegas massacre puzzle. And I have the other pieces to complete the symbolism… with some “prophetic” implications.
The following is an excerpt from my (premium) Super Torch Ritual article published back on October 10th titled “Galactic Deep Impact (Vegas) – PART 2“…
—— START EXCERPT ——
Instead of a causeway, the Vegas sphinx has a diagonal walkway on each side.

Almost certainly by design, the walkways point to the solstice sunrises.

And once again, this is galactic. On the solstices the Sun crosses the Galactic Equator or the center line of the Milky Way.
On the June solstice the Sun becomes Orion’s torch in the Milky Way…

And on the December solstice the Sun finds itself deep inside the celestial flood in the Dark Rift of the Milky Way near the Galactic Center and right next to the Dark Horse Nebula at the right foot of Ophiuchus.

[…] In fact, the concert stage was precisely aligned with the southern sphinx walkway!

And it just so happens that the upcoming solstice in December is extra special as Saturn – the planet/god of time – will be right there with the Sun in the Milky Way.
It will be a Sun-Saturn conjunction at the Galactic Equator on December 21st during Saturn’s festival Saturnalia (Dec 17-23)…

Sep 15 Cassini, NASA’s 13-year Saturn mission, has ended
Sep 15 RIP, Cassini: Historic Mission Ends with Fiery Plunge into Saturn
…which was something of a “nuclear event” (shades of the “Lucifer Project”) in that the spacecraft was powered by plutonium-238. And for good measure the “end of time” event coincided with a terrorist bombing in London where the whole planet’s time is anchored at Greenwich (longitude zero).

[Sep 15 Terrorist Device Detonates on London Subway]
Nuclear… and terror, together. Nuclear terror. The Sun is also nuclear powered and the solstice is when time resets as the Sun pauses then reverses its motion along the horizon, moving northward, which will continue until the June solstice. “Time zero”, like London/Greenwich.
How fitting/ominous, then, that London’ world famous clock tower went silent on the day of the Great American Eclipse (Aug 21) and will remain silent for 4 years?

The 6th song on Manson’s new album Heaven Upside Down released on October 6h has the title “Saturnalia”. The song is preceded by “Kill4Me” (already linked to the Vegas event) and followed by “Je$u$ Cri$i$”. The first person the alleged shooter Stephen Paddock shot and injured minutes before the start of the mass shooting, we now know, was a security guard named Jesus Campos. Plus, Jesus’ traditional birthday, Christmas, is only days after the solstice and is now widely thought to have started as Saturnalia.
So it may well be that we are looking at a December to remember coming up in a few months.
Before getting there we also have a window equally intense around late October or Halloween…

[…] Winter is coming…
—— END EXCERPT ——
You can see how this “as above, so below” information perfectly complements and expands Chris Knowles’ observations regarding the Saturnian nature of the Vegas shooting, which prompted me to go ahead and release it.
This is, however, still the tip of the iceberg. The rabbit hole goes goes much deeper…

Thanks to Goro at: https://www.supertorchritual.com