Scientists warn of 'ecological collapse of the food chain' as study finds flying insect numbers have plunged Sat Oct 21, 2017 1:46 am

Admin
Posts : 102779
Join date : 2012-01-04
Location : Woodstock Nation
Scientists warn of 'ecological Armageddon and a collapse of the food chain' as study finds flying insect numbers have plunged up to 80% in 30 years

By Charlie Moore For Mailonline

Scientists are warning of 'ecological Armageddon' after discovering the number of flying insects has fallen by three-quarters over the past 27 years.
Researchers in Germany have documented a steep decline at dozens of nature reserves.
Their findings have sparked fears the foodchain will collapse because insects are important pollinators and serve as meals for birds and other small creatures.
Scroll down for video 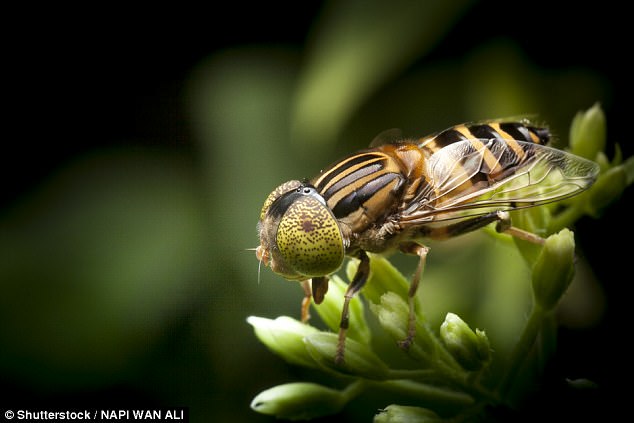 
Scientists are warning of 'ecological Armageddon' after discovering the number of flying insects has fallen by three-quarters over the past 27 years. Pictured is a hoverfly, one of the insects whose numbers have declined dramatically


WHAT ARE THE CONSEQUENCES?

Around 80 per cent of all of the world's plant life is of the flowering variety.
This means to reproduce, they must have pollen physically transferred from a male anther to the female stigma.
Insects are important pollinators and without them these plants would disappear.
This would be devastating to the rest of the world, as animals and humans rely on these plants for food.
Between 50 and 90 percent of the human diet comes directly from flowering plants.
They also bury animal dung and prey on pests. Because they serve as major decomposers of organic material, without insects the world would be full of corpses.
It is thought the decline may be caused by agricultural pesticides used to stop insects eating crops.
It comes after drivers across the UK have been reporting noticing fewer flies, gnats, wasps and moths than usual on their vehicles.
The trend has also been spotted elsewhere.
'For those of us who look, I think all of us are disturbed and all of us are seeing fewer insects,' Scott Black, executive director of the Portland-based Xerces Society, a nonprofit environmental group told the Washington Post.
'On warm summer nights you used to see them around streetlights.'
For the study published in Plos One, researchers used sticky traps to collect insects at 63 nature reserves, then measured the biomass, documenting changes over time.
Over the past 27 years, they found an average decline of 76 percent, with the effects appearing worst in summer (82 percent).
'The fact that flying insects are decreasing at such a high rate in such a large area is a very alarming discovery,' said lead researcher Hans de Kroon of Radboud University.