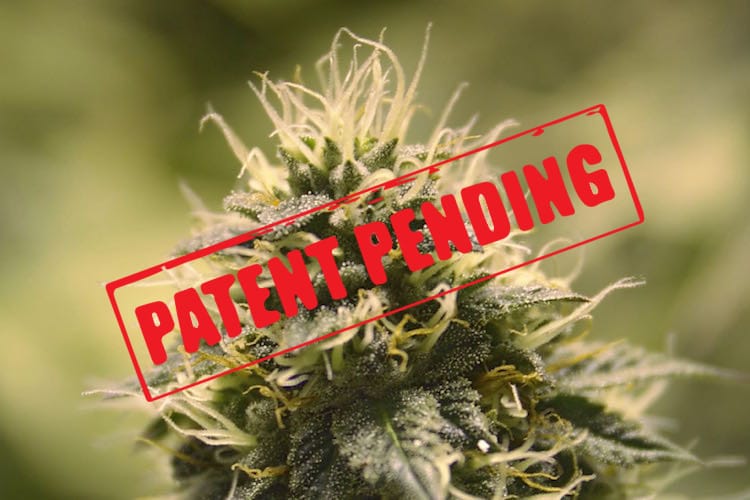 Alex Pietrowski, Staff Writer
Waking Times
The race is on to own cannabis, and companies like Bayer, Monsanto and Scotts Miracle-Gro are working feverishly to devise ways of patenting this natural medicinal plant. If they succeed, the landscape of legal weed will change forever in favor of corporate monopolies and quality control empires which will crush diversity in this thriving cash crop.
For lawn, garden and agrochemical companies to want in on the growing cannabis market is no surprise, for it’s the fastest growing trend this industry has ever seen, as even noted by the CEO of Scotts.

“Jim Hagedorn, CEO of Scotts Miracle-Gro, has even said that he plans to “invest, like, half a billion in [taking over] the pot business… It is the biggest thing I’ve ever seen in lawn and garden.”
He has also invested in companies such as Leaf, which grows cannabis in an electronically regulated indoor terrarium accessible via smartphone.” [Source]

The cannabis industry is already enormously profitable for government in states like Colorado where 2017 sales have already topped $1 billion by the month of October and are expected to rise dramatically through the holidays. And this is just one state out of a potential 50 U.S. markets.

We know there is big, big money involved here, which certainly accounts for such big-corporate interest in cannabis, but there is another reason that pharmaceutical companies are scrambling to get their hands in this honey pot.

READ: MONSANTO AND BAYER ARE MANEUVERING TO TAKE OVER THE CANNABIS INDUSTRY

Medical and scientific studies are frequently coming out and showing that medical marijuana is drastically changing the landscape of dependency on pharmaceutical pills and products. Not only is there a ton of money to be made in legal cannabis, but there is also a ton of money and market share to be lost in medical cannabis, and this fact has the pharmaceutical giants scrambling for an angle to take back this power.
For example, a major study recently found that over half of all people who try cannabidiol (CBD) medicines stop taking traditional medicines, like prescription painkillers, over-the-counter pain relievers and sleeping aids.

“The most common reasons people used CBD were to treat insomnia, depression, anxiety and joint pain, according to Dr. Perry Solomon, the Chief Medical Officer of HelloMD. Forty-two percent of the CBD users said they had stopped using traditional medications like Tylenol pain relievers or prescription drugs like Vicodin and had switched to using cannabis instead. Eighty percent said that they found the products to be “very or extremely effective.” Only 3% or less found the product to be either ineffectual or only slightly effective.” [Source]

Another report issued earlier this year quantified the potential losses to the pharmaceutical industry should they be unable to capitalize and seize a significant portion of market share of medical cannabis.

“It seems the pharmaceutical trade has more than enough reasons to fear the legalization of marijuana, as an analysis conducted by the folks at New Frontier Data predicts the legal use of cannabis products for ailments ranging from chronic pain to seizures could cost marketers of modern medicine somewhere around $4 billion per year.” [Source]

Patents related to cannabis and cannabis products are increasingly being filed with the U.S. Patent Office, both both large companies and smaller ventures. In a recent article on this topic, Forbes magazine answered the question of whether or not cannabis can be patented:

“Yes, this is presently a small area of activity, but may also represent opportunity. Plants can be patented in two ways, by way of “utility patents” (like 95% of all patents) or by way of a separate “plant patent” category. Utility patents are much stronger; plant patents are narrowly focused on a single “parent” plant and its direct descendants. By my count, there are currently only 5 US plant patent cases (4 pending applications, 1 issued patent), and 11 utility plant-directed patent cases (8 pending applications, 3 issued patents). Two companies are currently the main players in plants: the plant-focused Biotechnology Institute (Los Angeles CA) has 3 issued patents as well as 2 pending applications, and GW Pharmaceuticals (UK) has two plant-focused applications. GW is notable for having the largest cannabis-directed portfolio (80+ US cases) of all companies in the space, and is particularly focused on methods of treating diseases.” [Source]

Pharmaceutical drugs kill more people each year than do illegal drugs. The big corporations know this and work to avoid liability for their harm, even in the face of such an overwhelming crisis like the opioid epidemic.
The main thing to note here is that this goes far beyond economic terms. It is a matter of personal freedom and a very effective means of protesting and bypassing the medical-pharmaceutical corporate cartels which now have the world hooked on dangerous chemical drugs.
If a person such as Tommy Chong can cure his own cancer by growing plants on his rooftop then having a friend process these plants into consumable, natural oils to save his life, we have effectively found a way to overcome the dominance of big pharma.