OUT OF MIND » SUPER SCAMMERS!! RV & DINARIAN FRAUDS & THOSE THAT BUST THEM OUT! » NEIL the conman KEENAN » NEIL KEENAN UPDATE | It Goes Around And Around In Circles

NEIL KEENAN UPDATE | It Goes Around And Around In Circles

NEIL KEENAN UPDATE |
It Goes Around
And Around In Circles
November 2, 2017  /  Keenan Team | GroupK

It all began in what now seems like lifetimes ago. Daniel Dal Bosco, an Italian citizen (who unknown by Neil at the time that he worked with the Italian P2 Freemason Lodge while also a financial consultant to the Vatican) stole Dragon Family Asset Notes with a value of $144.5 Billion USD that were entrusted to Neil by the Family.
Prior to this nefarious event, while supposedly working with integrity with Neil, Dal Bosco misrepresented himself in securing the safekeeping of said Notes.
Unfortunately, this “wolf in sheep’s clothing”, Dal Bosco, turned out to be a “wannabe” Cabal member who was out of his league and possibly out of his mind in thinking this theft would simply go away – without any serious consequences or justice being served in the future.
It appears that Dal Bosco had big dreams which he believed would come to fruition based upon his taking a huge discount on the Notes – or nothing at all. (This event was reported on in the mainstream media as detailed in our History & Events Timeline.)
Tragically, this heinous act by Dal Bosco prevented the world from then acquiring Free Energy which was already a plan set up to be put into place by Neil  using the financing from the Notes.
Consequently, this blatant theft blocked humanity from entering a long-awaited age of energy abundance.
To add further intrigue and deviousness to the matter, the World Economic Forum, the UN, the Vatican and the Italian Financial Police / Government also did their parts in preventing the necessary transactions to fund free energy. 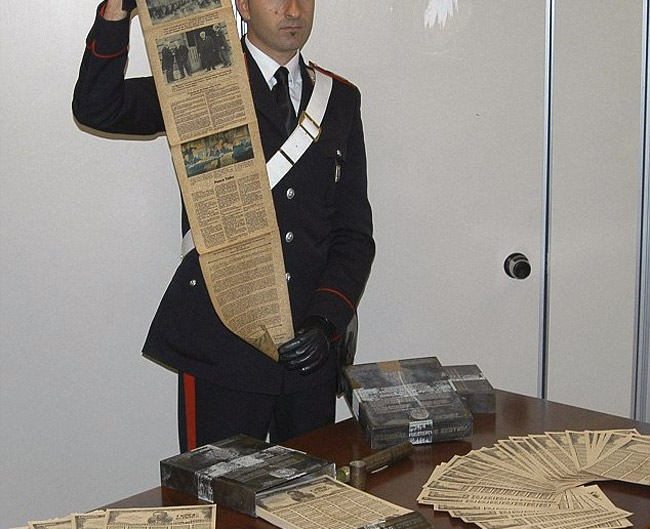 For the full history of the efforts of Neil Keenan and Group K, take the time to read the History & Events Timeline on this website.
Despite this tremendous setback, Neil never gave up over the years and even today, still continues to steadfastly persist along with his team known as Group K to do whatever is necessary to accomplish his game plan – working against many devious forces – to help free humanity in a number of ways.
It is interesting to note that there are many making false claims as to being part of Neil’s loyal team, but they are all just full of fake bluster and desperate to be put on a platform where they’ll be noticed and listened to by ANYONE!
You can actually find them on other websites misrepresenting Neil’s mission with outright lies and distortions. (Neil will ultimately shove their lies up their cans, but not now.)
Most of these “pretenders”, espousing themselves wherever they find room on the Internet, have always just talked and never did anything for anyone in the world – other than promoting themselves.
Now, moving on to a far greater news update: What you are about to see here on Neil’s website and “It’s a Keenan Thing” Facebook page is something not yet seen by many.
With sincere appreciation for so many of you supportive followers on both sites,  you will be the first to see what will soon turn the world upside down!
It could have been kept secret, but Neil wants all of you to know what he has been doing with his pal, despite Neil having been challenged with more than one poisoning attempt.
As mentioned earlier, Neil never sat back on his hands nor ever gave up despite so many desperate and sinister attacks by the Cabal having come his way.
However, now it’s all come full circle – right back to a promising new beginning where Neil first started: Free Energy, the Clean Water Plasma Technology, and many other new technologies that  are ready to follow right behind them.
It may appear to be far more than one could ask, but it is only just the beginning, as there are many more to come!
So buckle your seat-belts, because you are about to be taken on an adventurous ride, beginning now, that you will never forget.
Enjoy your reading; it is truly something special.
All the Best,
Neil and Group K
P.S. We will never die of thirst! Water, Water everywhere and so, so much to drink… After this is the song will it go round in circles. After the video is the song that’s the way God planned it.

Note: The technology described in the following presentations is in practice, really only going to be accessible to large, well funded institutions. Neil Keenan and Group K will do their utmost to ensure that this technology is not accessible to the Cabal nor their minions. All references to the developers have been removed, for what should be obvious reasons.
The files on the below links are large (17 Megabytes and 70 Megabytes). They may take some time to load. Please read and follow any onscreen instructions carefully.

OUT OF MIND » SUPER SCAMMERS!! RV & DINARIAN FRAUDS & THOSE THAT BUST THEM OUT! » NEIL the conman KEENAN » NEIL KEENAN UPDATE | It Goes Around And Around In Circles