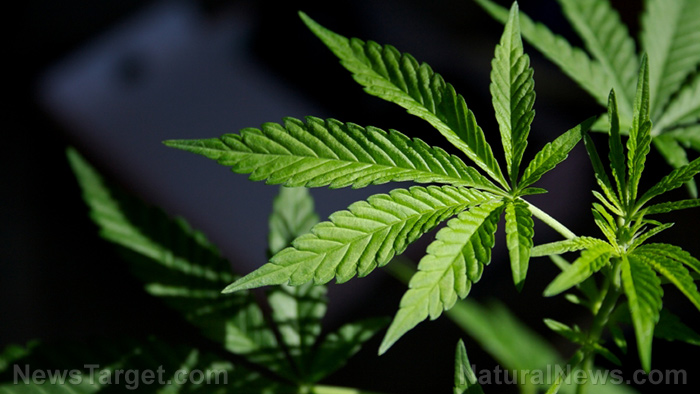 (Natural News) There is an urban legend that has been floating around on the Internet for several years now, that Monsanto either has obtained or is working towards obtaining a patent for a genetically modified strain of cannabis. Monsanto’s own website vehemently denies this, stating categorically, “Monsanto has not and is not working on GMO marijuana. This allegation is an Internet rumor.” While the naïve among us might choose to take them at their word, those who are more familiar with Monsanto’s tactics know not to believe a thing they say. Just think about how vehemently they deny any link between cancer and glyphosate, the main ingredient in their Roundup weed killer. Even a damning report by the World Health Organization’s International Agency for Research on Cancer, declaring glyphosate to be “probably carcinogenic to humans,” has not made them change their tune.
With 26 states and the District of Columbia having legalized medical marijuana, and seven states legally allowing even recreational use, it is not surprising that many companies and individuals have been eager to jump on the marijuana bandwagon. And for those who dig a little deeper, there are definite links between Monsanto and the burgeoning cannabis market. Mint Press News reports that Scotts Miracle-Gro Co., the exclusive marketer of Roundup in North America, has expressed serious interest in the distribution of the green stuff.
“I want to target the pot market,” said Jim Hagedorn, Scotts Miracle-Grow’s CEO. “There’s no good reason we haven’t.”
Monsanto has spent billions on the development of new agricultural technologies, including $1 billion on the purchase of an agri-tech startup called Climate Corp. It stands to reason, then, that they would be keen to get in on the marijuana market, where even small time operators have been making an absolute fortune.
It’s such an obvious money-spinner, that even Snoop Dogg is getting in on the action by launching a fund for the development of marijuana startup companies.
Fortunately for those who are aware of the myriad health benefits of marijuana, and are desperate to see it remain out of the clutches of Big Agri companies like Monsanto and Syngenta, an Oregon-based research and diagnostic company called Phylos Bioscience has made it their business to sequence the DNA of cannabis. [RELATED: Could marijuana be the cure for cancer?]
The company, which operates out of the federally-funded Oregon Health and Science University, and therefore only handles DNA samples rather than the plant itself, has spent the last two years collecting samples from around the world. This has allowed them to sequence the plant’s DNA and to develop 3-D software and an interactive guide called Galaxy to make the data come alive.
“Sample collection was a huge part of this process,” said Carolyn White, sales and marketing manager at Phylos. “One side was a collaboration with growers, dispensaries and labs to collect modern samples, and the other a process of hunting down ancient landrace strains from all over the world.”
The company offers far more than just simple identification or cataloging of marijuana strains, and is the only entity to offer actual DNA sequencing. Dr. Mowgli Holmes, Chief Scientific Officer at Phylos, compares this sequencing to a “bar code in terms of identification and evolutionary relationship relative to other samples.”
Using this information, Galaxy allows users to follow the lines that connect each strain of marijuana back to its genetic parent.
This is all good news for those who have invested heavily in the distribution of marijuana, as it should help protect their intellectual property rights from agri-giants like Monsanto – if the company ever caves in and admits it’s actually interested in developing a genetically modified version of marijuana, that is.
Sources include:
ACCMag.com
NewCannabisVentures.com
MintPressNews.com

» To Protect Marijuana from Monsanto Patenting, Company Begins Mapping Cannabis Genome
» Frankenweed: What You Need To Know About Monsanto’s Patent On Marijuana
» Cannabis May Protect The Aging Brain, Say Experts
» Yes, cannabis CAN protect the liver from alcohol-induced damage, but it’s still no reason to binge
» Urgent: Monsanto/Bayer Are Moving To Create A Monopoly On Marijuana