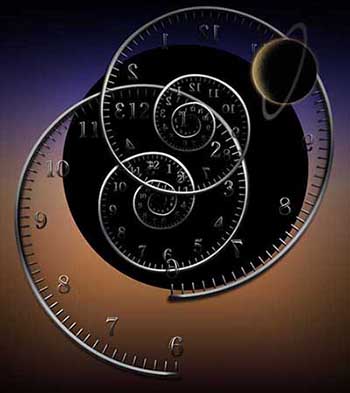 Star Trek is notorious for portraying time loops, and other time anomalies that allow its characters to relive certain moments again and again. Star Trek characters acting in Episode 7 even travel through time loops by bending the rules of time as we most commonly understand them.  Is there also evidence of this phenomenon in real life?
In one scene, the crew is caught in a 30-minute time loop that plays over and over again. This phenomenon isn’t just for our TV viewing pleasure, however. Scientists have also documented time loops, and some even suggest they are responsible for black holes. 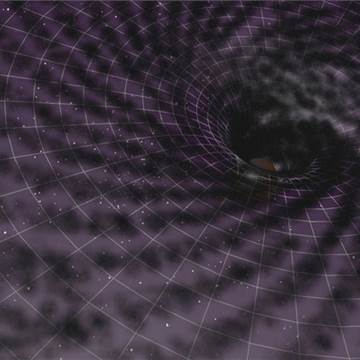 For example, researchers recently applied a theory called loop quantum gravity to try to explain black holes, because they’ve found that inside these objects, space and time may be extremely curved, and that gravity there is not infinite, as general relativity predicts.
If physicists are right about their black hole theory, it would mean that someone or thing could conceivably enter a black hole and come out on the other side in the same place in time and space. Other theories suggest that black holes act as wormholes, making it possible for us to travel to distant places in our Universe in what would seem like just a few seconds.
Still other researchers suggest that black holes are indeed portals to other Universes.
NASA suggests that black holes are objects where gravity is so strong, not even light can come out of a black hole, but there may be other strange behaviors affecting matter once they enter a space-time anomaly, where gravity doesn’t behave as we would expect it to.
NASA also has found a “secret” black hole (VLA J213002.08+120904) which was found only a year ago. This black hole is very close to our own galaxy, and there are estimates that there could be billions of these – all leading to who knows where?

The black hole just found in close proximity – only 7,200 light years away – is already displaying strange behavior. It supposedly wasn’t found previously because it lacked the “telltale signs” that binary black holes normally give off. Scientists are still puzzled over its true nature.
Moreover, scientists state that there are magnetic portals which connect the earth to the sun – which means there could be further time anomalies created by traversing them. The sun is 93 million miles away from the earth, but a portal would make this a short trip, if we had (have) the technology to traverse them.
High energy particles are already traversing these portals, which open and close approximately every 8 minutes, and can be detected via a Flux Transfer – the term given by scientists who study plasma behavior in space.
Finally, in February of this year, NASA sent four space craft to test portals they found in space. Called X-points, or electron diffusion regions, NASA’s Polar spacecraft revealed that portals were opening and closing around earth’s atmosphere all the time. These would allow, even by NASA’s admission, for people to travel incomprehensible distance sin the blink of an eye.
NASA has had data on these points since at least the 1980s, so you can imagine how much research has actually been done with them within the black budgets of the military industrial complex.
(Image: Shutterstock)