OUT OF MIND » THE INSANITY OF REALITY » GOVERNMENTS & THE NEW WORLD ORDER » DOES HE REALLY CUT HIS OWN GRASS?

DOES HE REALLY CUT HIS OWN GRASS? 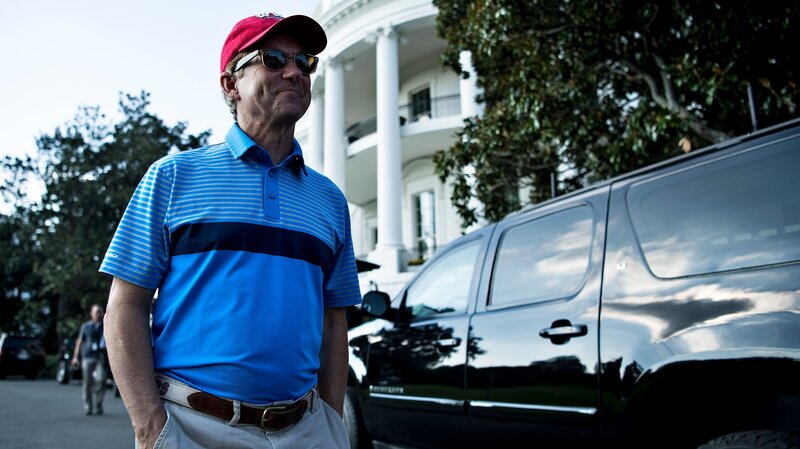 Sen. Rand Paul, R-Ky., was reportedly attacked while he mowed the grass at his home in Bowling Green. He's pictured last month in Washington, D.C., after playing golf with President Trump.
Brendan Smialowski/AFP/Getty Images
Sen. Rand Paul calls it an "unfortunate event." Police are calling it assault — and many people are trying to figure out why Paul's neighbor, a fellow medical doctor, might allegedly have attacked him with enough force to fracture five ribs. Paul was reportedly tackled while he was mowing the grass at his home in Bowling Green, Ky.
Police who were called to Paul's home shortly after 3 p.m. local time on Friday say they arrested Paul's neighbor, 59-year-old Rene Boucher, and charged him with fourth-degree assault.
In a public notice on Saturday, Kentucky State Police cited Paul's "minor injury." That echoed word from Paul's office, which initially said the Republican senator was fine after being blindsided by an attacker. But by Sunday, it emerged that Paul's injuries are more serious than first thought. 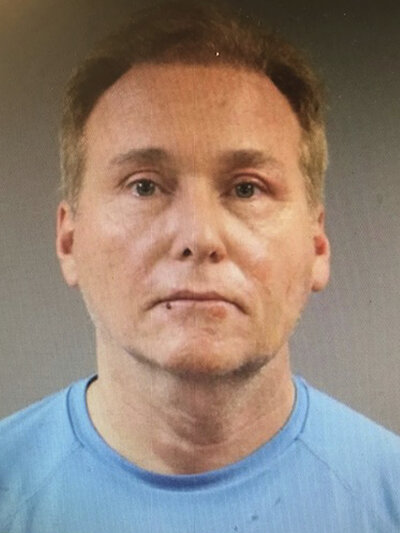 Rene Boucher has been charged with assaulting Sen. Rand Paul in their neighborhood in Bowling Green, Ky. Boucher is seen here in a photo from the Warren County Regional Jail.
AP
In an update, Paul's senior adviser Doug Stafford sent a statement to the Bowling Green Daily News that Paul, 54, "has five rib fractures including three displaced fractures." He added, "This type of injury is caused by high velocity severe force. It is not clear exactly how soon he will return to work, as the pain is considerable as is the difficulty in getting around, including flying."
Citing Stafford, The Associated Press reports that displaced fractures such as the ones the senator suffered "can lead to life-threatening injuries."
Paul reportedly told police that Boucher tackled him from behind. But beyond that, details about how the assault occurred, and what might have motivated it, have been scarce. On Sunday, Paul said that he and his wife, Kelley, "appreciate the overwhelming support after Friday's unfortunate event. Thank you for your thoughts and prayers."

Paul and Boucher live in a neighborhood in Warren County east of Bowling Green's center, in an area where large houses sit on green lots. According to online records from the county jail, Boucher was released on a $7,500 bond on Saturday after spending nearly 24 hours in the facility. He faces a court date on Thursday.
"Warren County Attorney Amy Milliken said further charges could be brought, based on the extent of Paul's injuries," the Daily News reports.

Posts : 58
Join date : 2016-11-20
In answer to your question - why not? Some people find that kind of alone time as therapeutic and a time to unwind from the rat race. Or maybe he just simply enjoys it.

Posts : 3470
Join date : 2012-02-10
Age : 66
Location : Florida
Some of them do, although I'm sure that there would be some things that they would rather involve themselves with, but, some of them are tighter than the bark on a tree, they are so tight with a dollar, they'd squawk when they walked- I had an uncle that was a farmer,and he believed that if you made a dollar, you spent a quarter, and saved .75, he was so tight, he'd squeeze the buffalo on a nickel 'til it shit......His dog was so used to it, he'd squeal too, when the guy came through the door....

The violent attack on Senator Rand Paul: will the punishment fit the crime?
By Jon Rappoport
Breitbart reports: “Kentucky Senator Rand Paul’s injuries are more serious than previously reported, following an attack, allegedly by one of his neighbors, last week in Bowling Green, KY.”
“’A medical update: final report indicates six broken ribs & new X-ray shows a pleural effusion‬,’ tweeted the Republican senator Wednesday.”
“Previous medical reports stated that Paul suffered five broken ribs and lacerations to his lungs. Reports indicate a violent attack from Paul’s long-time neighbor, 59-year-old retired doctor Rene Boucher, after a dispute. The exact nature of the dispute remains unclear, but Boucher’s lawyer claimed it had nothing to do with politics.”
“Police arrested Boucher and charged him with fourth-degree assault.”
Breitbart also interviewed several neighbors of Senator Paul. They rejected the story that Boucher’s attack on Paul was the result of a “landscaping dispute.” The neighbors stated the Senator has been a very friendly homeowner, and there is no record of any complaints either against him or from him in the homeowner’s association files.
The Senator’s injuries are serious. I looked up the definition of 4th degree assault in Kentucky law, to understand what his alleged assailant is being charged with:
From reference.com: “According to the Kentucky Legislature Research Commission, fourth degree assault is defined as intentionally causing a physical injury to another, wantonly causing physical injury, or recklessly causing injury to another with a dangerous instrument.”
“The Kentucky Legislature Research Commission lists the possible penalties for fourth degree assault in Kentucky as fines, jail time and probation. Fines resulting from fourth degree assault cannot exceed five hundred dollars, and jail time for those found guilty of fourth degree assault cannot exceed one year. Fourth degree assault is a misdemeanor, and it is considered the least serious of assault charges in the state of Kentucky.”
“Wantonly causing physical injury” is the least serious assault charge? And it carries a maximum of a five hundred dollar fine and a year in jail? And it is a misdemeanor?
Preposterous.
Of course, when we’re witnessing mass shootings and mass murder with cars, it’s easy to view the attack on Senator Paul as a trivial event. But it’s not.
You’re mowing the lawn outside your house. A person sneaks on to your property, runs up behind you, and attacks you. You had no idea what was coming. As a result of this vicious and cowardly assault, you suffer six broken ribs and fluid in your lungs.
And this is a minor offense?
No, we don’t know all the facts, and the defendant has not yet had his day in court. But assuming the reports are correct, the misdemeanor charge and the potential punishment are absurd travesties.
The law has been twisted to allow grave offenses to become minor episodes. The reason is fairly clear: so many crime are being committed by so many people, the system has been adjusted to accommodate criminals.
“Well,” people say, “what about all the high-level felons who serve in government and lead corporations, and are never brought to justice?”
What about them? They too should be charged and convicted and given long prison sentences. Minimizing one group of offenses because another group of offenses goes unpunished is egregious bullshit.
If you need living proof, find a friend and ask him to violently attack you from behind, during the day, when you least expect it and are unable to defend yourself. Experience your injuries, and then think about whether this should be a misdemeanor in the lowest possible assault category.
What about forgiveness? What about loving your enemies? That’s another rationalization that pops up, now and then, after violent events. If you were the victim, would you really find it persuasive?
Would you be worried that having “negative thoughts” about your attacker and experiencing anger against him might “pollute your consciousness” and affect your life going forward? Would you rather paste a smile on your face and opt for marshmallows and rainbows?
Righteous moral outrage is a positive trait.
Young law students, who are considering a future as a money-grubbing sleazeball tactician, should contemplate the meaning of it.
In part, The Law was instituted as an expression of moral outrage. It was supposed to channel that emotion into avenues of fair retribution.
And at the highest level, it was supposed to protect an individual citizen’s private property and the safety of his person.
Apparently, in the case of Senator Paul, both rights were extraordinarily violated.
If current reports of the attack are true, Rene Boucher should spend a long time behind bars. It’s called justice.
No, Virginia, everything doesn’t belong to everybody in some fantasy of a socialist paradise. Individual property and person are real. Crimes against them are real. To demonstrate it, stroll into a bar where there is a very good chance your most precious possessions—your iPhone and iPad—will be stolen. Later, when you’re lying outside on the sidewalk, think about “everything belonging to everybody.” See how that works for you…

OUT OF MIND » THE INSANITY OF REALITY » GOVERNMENTS & THE NEW WORLD ORDER » DOES HE REALLY CUT HIS OWN GRASS?

» Guenter Grass - "What Must Be Said"
» Rescued Pigs See Grass for First Time
» Loeb: 'ET hates grass and thinks we're stupid'
» Vietnamese Company Makes Straws Out Of Grass Instead Of Plastic
» Breaking news! The strange crop circles – in the grass Lbochovice in the Czech Republic on the 25th of March 2017.