UFO Study Group Reports ‘Patagonia is Being Visited by an Intelligence We Cannot Understand’ Fri Nov 10, 2017 9:33 am 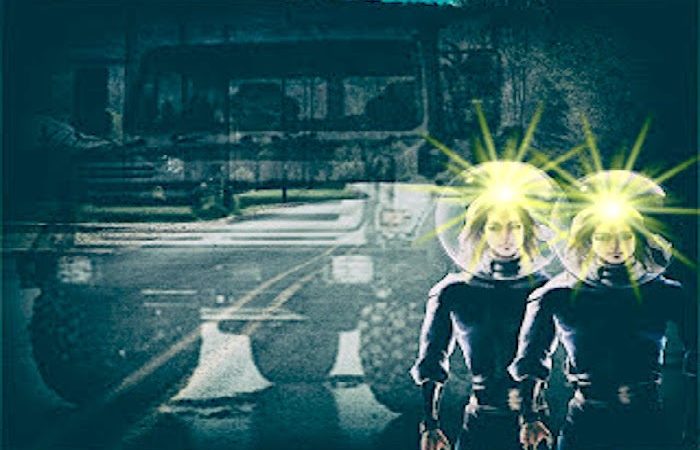 UFO Study Group Reports ‘Patagonia is Being Visited by an Intelligence We Cannot Understand’
November 10, 2017

These were the words spoken to TS-Digital by Patricio Frias, director of UFO Noise Patagonia. His group is devoted to the study and diffusion of the subject of UFOs in the region. In an interview, he explained the area is ‘visited’ by entities due to its high electromagnetic energy and mineral deposits.
Patricio Frias is a regional ufologist and director of the UFO Noise Patagonia organization, a group responsible for collecting reports and disseminating cases involving sightings of Unidentified Flying Objects as well as manifestations, chases and encounters involving these “entities”. TS-Digital interviewed Frias, who explained the nature of his work for the organization and why the region boasts some of the highest numbers of sightings. He noted that “Patagonia is visited by an intelligence we cannot understand”, while explaining that the phenomena occur due to the large amount of water and mineral reserves. As documented by UFO Noise, at least 150 anomalous events have taken place in the region.
TS-Digital asked why such considerable numbers of sightings occur in Patagonia, featuring such locations as Laguna Azul, which has aroused curiosity and been the source of myths and legends. “There is a biosphere reservation. This sight concentrates the greatest quantity of minerals and fresh water,” he explained, stressing the areas. He maintains that many witnesses have seen lights descending into rivers and lakes to draw out “fluids that are essential for life in the Universe.” Coal is produced in localities close to Puerto Natales or Rio Turbio, twin cities. There are places and geographical areas containing great mineral wealth and it has been ascertained that electromagnetic transmissions occur there,” said UFO Noise’s director.
When asked specifically about Laguna Azul, he replied with an anecdote that had reached this community from a traveler. “They told me that considerable energy is produced in the spot where the phenomenon occurs. I have been told about the presence of humanoid species in the area. A townsman from Natales was driving along in his truck, frightened. He told us about what he’d seen on the road, two people walking in brilliant helmets with lights on their foreheads. As the driver approached these beings, he realized they were out of the ordinary. Their height was in excess of two and a half meters (8 feet).”
During another section of the interview, he was asked why Patagonia is the source for so many myths and reports in the field of ufology. He replied that Chilean and Argentinean Patagonia “are visited by an intelligence we cannot understand.”
“There are many cases in all over the world and each region reports beings of different shapes. These beings, who are tall, dressed and with lights on top, have been seen in Patagonia. We are linked to the subject of beings who appear underground. There’s something going on with minerals, some sort of element they’re extracting.”
UFO Noise operates out of Puerto Natales and since 1997 it has researched cases and disseminated information on assorted eyewitness reports and experiences over radio and television. These range from sightings and pursuits [by UFOs] to possible encounters with the occupants of objects landing throughout the various geographical regions of the area. They have been in touch with AION (Agrupación de Investigacion Ovnilogica Nacional), the organization lead by the renowned national and international ufologist Rodrigo Fuenzalida with the aim of exchanging and analyzing film and photo evidence of cases that have found their way to the media.
S. Corrales, IHU
Inexplicata