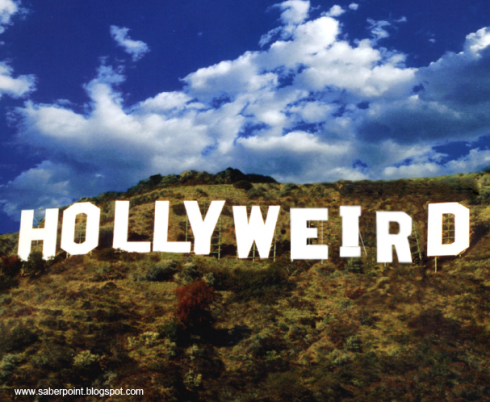 
Posted on November 15, 2017 by Matt Agorist
Hollywood, CA — On Monday, Corey Feldman went on the Dr. Oz show again and revealed the name of another of his alleged abusers. While the first abuser was a low-life convicted child molester who fled to Mexico, the second one is still working in the industry. The alleged abuser, Alphy Hoffman also owned the most famous teen club in Hollywood that catered to underage child actors during the time Feldman was molested.
On his second appearance on the show, Feldman described his experience with Hoffman in detail.
“Well he was the guy who ran Alphy’s Soda Pop Club, and, uh, I met him when I was 12 years old,” Feldman said on “Dr. Oz.” “He came to my house to pick me up in his car, and I had heard rumors that he threw the coolest parties in town and he was very connected.”
Feldman explained to Dr. Oz that Alphy Hoffman was the son of Bobby Hoffman, a major casting director at the time, who died in 1993.
“When you got an invite to go to Bobby Hoffman’s private party — this was a very big thing. And the fact that his son was coming to pick me up himself, was also a very big thing, and my mom ushered me into the car and said ‘go have fun’.”
Feldman described how the child victims were first groomed by their predators and all of the sudden the parties took a dark turn.
“You know, the first few times I went it was fairly innocent,” he explained. “Those parties were relatively kid friendly but interestingly that’s where I met the guy that ended up molesting Haim… There was a bunch of these guys, they were all hanging out together at these parties, and the thing is there weren’t a lot of parents at these parties.”

READ MORE  Why Were Vatican And RC Church Hierarchies NOT Unnerved About Infertility “Ingredients” In WHO’s African Tetanus Vaccine Campaign?

As he noted, Feldman described other children who were victims and, on the show, they actually called these victims and confirmed their abuse.
Feldman then went on to compare Jon Grisson, the other ousted abuser, with Hoffman.
“One night I was over there and we were watching a movie and I passed out while I was watching the movie, and when I woke up there was a porn on again. And I was like ‘Man, I’m really tired.’… I remember I could barely walk. I don’t know what I was given at that time, but I know that I was really out of it. And we went to the bedroom, and I was kind of passing in and out of it, and then it was like he started doing the same things to me that Jon [Grissom] had done… I kind of woke up in the middle of it, and I freaked out… I kind of threw him off me and I ran home.”

Last month, as TFTP reported, Feldman went on the Today Show and hinted to host Matt Lauer, who his abuser was. As Lauer attempted to victim shame Feldman, the former child star answered back with the hard truth.
“I’m the victim here. I’m the one who’s been abused. I’m the one who’s trying to come forward and do something about it,” Feldman says before Lauer attempts to cut him off. However, Feldman stayed on point.
“Anyone of those child actors who went to the Teenage Soda Pop Clubs with me when I was a kid, know who those people are and the people who ran it,” says Feldman dropping a bombshell. “Anyone can go back through history and look at the teen magazines and say what was the name of that venue they were all promoting and who ran that venue, and who endorsed it.”
At the time, TFTP reported that this person Feldman described could’ve likely been Hoffman.

READ MORE  NY Times Op-Ed: 'Can My Children Be Friends With White People?'

Alphy Hoffman continues his show business career as a casting consultant as head of Bobby Hoffman Casting founded by Bobby Hoffman, also a Producer/Director for his new company Combined Film.

In Feldman’s biography “Coreography: A Memoir,“ Feldman identifies his abusers using pseudonyms. In his book, Feldman says, “Ralph Kaufman’s club was a private social space for famous teens.” Based on his description to Dr. Oz, it appears that Kaufman is Hoffman as Feldman [url=https://books.google.com/books?id=ufDxAAAAQBAJ&pg=PA173&lpg=PA173&dq="When+I+woke+up,+Ralph+was+on+me"&source=bl&ots=CAAETFvkuE&sig=bTVPdJWVl8xoV5R3QJ60jEe5gVc&hl=en&sa=X&ved=0ahUKEwjWuqfCuZvXAhXKqlQKHdGzDfwQ6AEIKDAA#v=onepage&q="When I woke up%2C Ralph was on]said this about him in his book as well:[/url]

Notice how Corey Feldman’s name is conveniently not on that list. However, we found the following image, showing Feldman at the club—pictured next to Hoffman.

READ MORE  Absolute Proof That Our Elections Are Fake

As Feldman noted on Dr. Oz, sadly, even though these predators have been named, none of them can be held criminally liable for their alleged crimes against children thanks to the statute of limitations. However, exposing them will at least disallow them from continuing to prey on children and lead to greater transparency in the future, inevitably protecting more children in the process.
Courtesy of The Free Thought Project
Matt Agorist is an honorably discharged veteran of the USMC and former intelligence operator directly tasked by the NSA. This prior experience gives him unique insight into the world of government corruption and the American police state. Agorist has been an independent journalist for over a decade and has been featured on mainstream networks around the world. Agorist is also the Editor at Large at the Free Thought Project. Follow @MattAgorist on Twitter, Steemit, and now on Facebook.