OUT OF MIND » CONSPIRACY THEORIES & ENDURING MYSTERIES » HISTORIES MYSTERIES » Have archaeologists found the remains of Buddha?

Have archaeologists found the remains of Buddha?


Have archaeologists finally found the remains of Buddha?  Experts have discovered cremated bones hidden away in a 1,000-year old chest in China that according to reports, may belong to Siddhartha Gautama, better known as Buddha, the founder of Buddhism.
Over two millennia ago, two Chinese monks buried human remains in Jingchuan County, China, alongside more than 260 Buddhist statues. Now it is claimed that those human remains belong to Buddha himself.
Yunjiang and Zhiming, two monks from the Mañjuśrī Temple of the Longxing Monastery in China’s Jingzhou Prefecture, are said to have spent more than two decades collecting the artifacts not only from surrounding cities but countries throughout the continent. 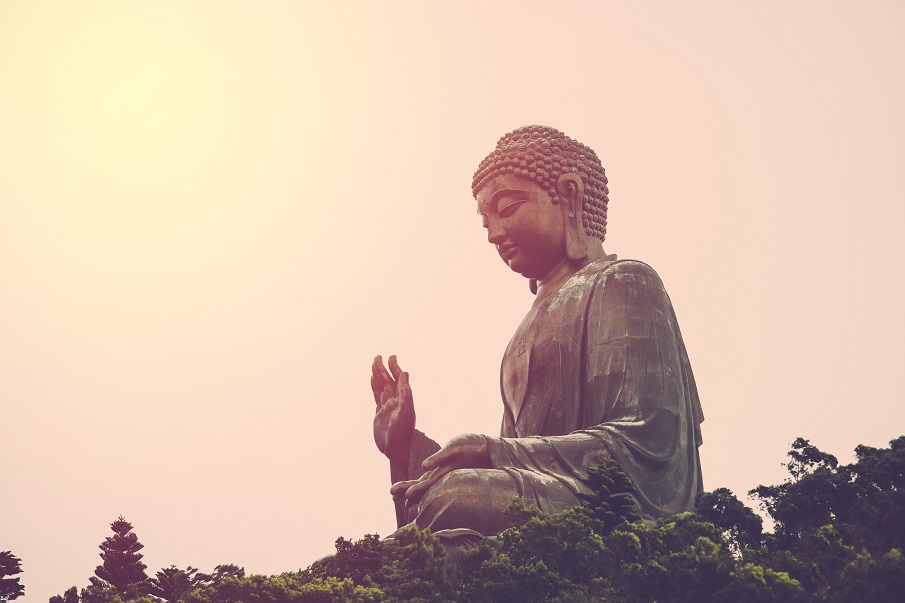 Tian Tan Buddha – The worlds’ tallest bronze image in Lantau Island, Hong Kong. Image Credit: Shutterstock
Buddha—one of the most famous philosophers and teachers—renounced his life as a prince to follow a path of spirituality and enlightenment.
He was born in modern-day Nepal.
According to ancient texts, he spent decades traveling through parts of India between the 6th and 4th centuries BC.
Legend has that once he died, some 2,500 years ago, at the age of 80, Buddha’s remains were split up among his disciples and royalty and spread far and wide, despite the act that his remains were initially meant to go to the Shakya clan, to which he belonged.
Six clans and a king demanded to have some of his remains. To avoid conflict, a religious leader decided to divide Buddhas remains into ten portions; eight from the body relics, one from the ashes of Buddha’s cremation pyre, and one from the pot used to divide the relics, which he decided to keep for himself.
Eventually, the Buddha’s remains were placed inside numerous shrines and worshipped in stupas by his followers.
Any relic hat relates to Buddha is known as a śarīra.
The recently discovered chest allegedly contains more than 2,000 remains as well as bones and teeth. 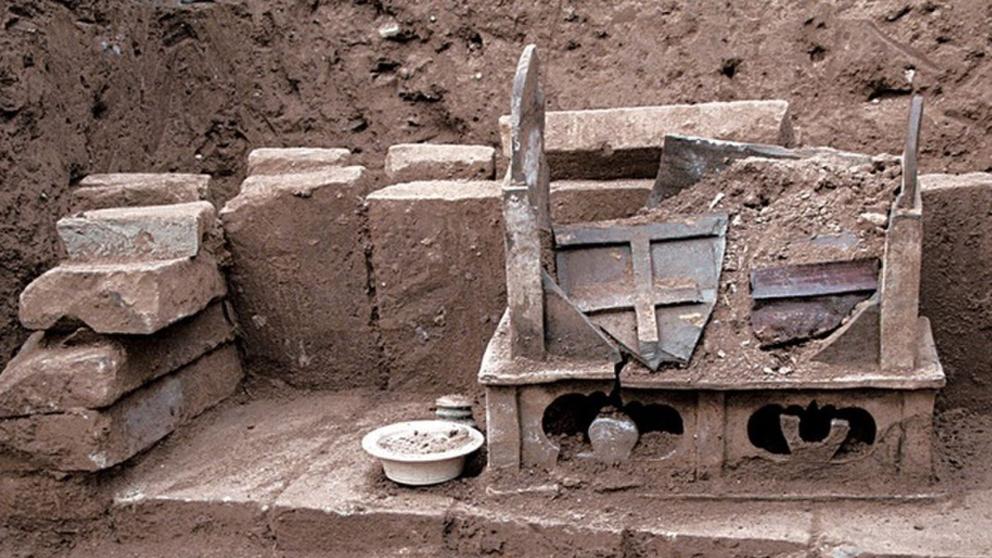 The ceramic urn containing human remains incinerated with the name of engraved Buddha (Chinese Cultural Relics)
The box carries an inscription which archaeologists translated to: “The monks Yunjiang and Zhiming of the Lotus School, who belonged to the Mañjuśrī Temple of the Longxing Monastery in Jingzhou Prefecture, gathered more than 2,000 pieces of śarīra, as well as the Buddha’s teeth and bones. [They] buried them in the Mañjuśrī Hall of this temple.”

Archeologists also recovered 260 statues.
It is noteworthy to mention that this isn’t the first time that the remains said to belong to Buddha have been discovered.
The Legend of Buddha
Siddhartha Gautama, a man who would eventually be called ‘the enlightened one,’ is believed to have been a real person who lived around the mid-6th century and the late 5th century BC.
Siddhartha Gautama ‘s parents were Suddhodana, the king of the Sakyas, people who inhabit the Indian borders of Nepal, and his wife, Maya. The young prince—Buddha—grew up surrounded by luxury and wealth, but as he grew up, he began noticing things which eventually made his life change radically.
As a young man, he was protected from the harsh realities of life by his father who had been warned if his son would one day see the harsh realities of life, he would withdraw.
However, and despite the protection of his father, one day when riding outside the palace grounds, Buddha witnessed suffering for the first time in his life. This kick-started a chain of events that would forever change him, and lead him onto the path to enlightenment, becoming a spiritual leader who greatly influenced not only religion but society.
After his enlightenment, the young prince who had resigned from living surrounded by wealth traveled on foot throughout northern India, constantly teaching for a period of forty-five years.
Eventually, this led people of all castes and professions, from kings to courtesans, to become drawn to him.
Buddha encouraged his students and followers to question life, reality and what they had been taught in the past, and see those experiences and teachings through their own understanding, as only this way would allow them to master the true essence of knowledge. This way of thinking is one of the main characteristics of Buddhism, and it still exists today.

Source: Cremated Remains of the ‘Buddha’ Discovered in Chinese Village

OUT OF MIND » CONSPIRACY THEORIES & ENDURING MYSTERIES » HISTORIES MYSTERIES » Have archaeologists found the remains of Buddha?