Articles of Impeachment Against Trump Introduced by US Lawmakers

Articles of Impeachment Against Trump Introduced by US Lawmakers Fri Nov 17, 2017 1:15 am 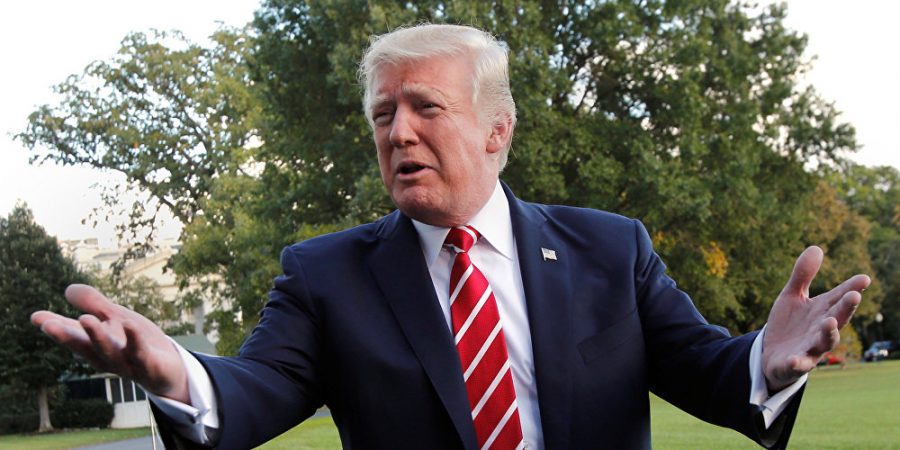 Articles of Impeachment Against Trump Introduced by US Lawmakers
November 17, 2017

A group of US lawmakers called for impeachment hearings on US President Donald Trump Wednesday.
Chicagoan Luis Gutierrez (D-IL), who worked as a member of Congress during the impeachment process of former President Bill Clinton in 1998, joined five other Democratic lawmakers Wednesday to announce they had authored articles of impeachment against the 45th US president.
“There are many reasons why I think the president is an awful president and awful person, but not all of those reasons rise to the level of impeaching a sitting president,” Gutierrez told reporters during a Wednesday news conference.
“I am joining this effort because of his sustained anti-Latino bias,” the House Judiciary Committee member said.

“He started his campaign calling Mexican immigrants murderers and rapists. He does not think that an American-born judge with a Spanish-sounding last name is legitimate, just as he does not believe that Latinos voting is legitimate. And I think he is taking the country in exactly the wrong direction on immigration by taking documented immigrants and making them undocumented so that he can deport them,” Gutierrez added.

Re: Articles of Impeachment Against Trump Introduced by US Lawmakers Fri Nov 17, 2017 3:23 am

Posts : 2620
Join date : 2012-01-17
Age : 72
Location : NH
Well good luck with that guys... Not a chance !   I make no excuses for Trump, nor am I delusional enough to think he's a saint and going to save us all. I do however believe that he is where he is to do what he's doing... stirring the swamp. He's an 'Outsider' in some respects but make no mistake, in the realm of big money and business, he's no dummy and has connections, resources of his own independant of the swamp bureaucracy. I also doubt that the secret service is his only means of personal security. Look how well that worked for JFK.
This impeachment BS is just another dog and pony show to confuse and distract folks as well as try and occupy Trumps time and get him off track from his agenda. The PTW are desperate and trying everything they can in a panic.  We wont know for sure 'till the dust settles, how this will roll out.

Re: Articles of Impeachment Against Trump Introduced by US Lawmakers Fri Nov 17, 2017 7:56 am

Posts : 1801
Join date : 2012-02-15
Age : 65
Location : Ct
Well, I had dinner with a lobbyist a couple of weeks ago, and she was livid. Trump for all of his shortcomings has without a doubt caused quite a stir in the swamp. She was beside herself. Of course, she and her cronies are part of the problem, but she sees herself as a necessary part of the system. Its interesting for me to sit and talk to the left. They are without a doubt under some kind of mind control. The stuff out of her mouth was mind boggling. She went on and on about her colleagues and all their hard work, totally unaware of the deceit and lies that exist. I was dumbfounded  by the information that rolled off of her tongue. How could a 25 year lobbyist be so disconnected from the truth....

Re: Articles of Impeachment Against Trump Introduced by US Lawmakers Fri Nov 17, 2017 9:59 am

Re: Articles of Impeachment Against Trump Introduced by US Lawmakers Sat Nov 18, 2017 2:06 am

I've had occasion to talk with a few people like that... you don't know whether to just burst out laughing in their face or crying. It's pitiful really, but unfortunately as a lobbyist it's dangerous...