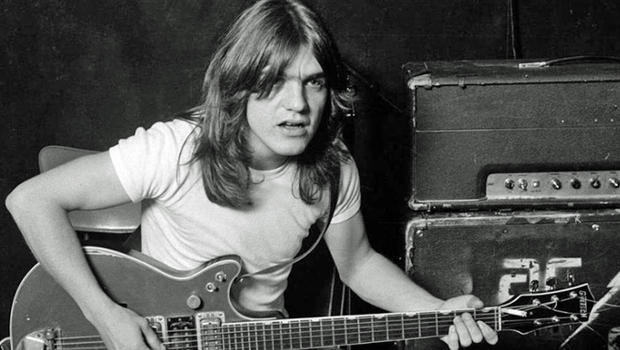 AC/DC guitarist Malcolm Young rocks out backstage in this undated photo shared by the band.

Malcolm Young, guitarist and co-founder of pioneering rock band AC/DC, has passed away, the band said in a statement Saturday. He was 64.
"With enormous dedication and commitment he was the driving force behind the band," the band said on its website. "As a guitarist, songwriter and visionary he was a perfectionist and a unique man. He always stuck to his guns and did and said exactly what he wanted."
Young founded the Australian rock band with his brother Angus in 1973. He was the group's rhythm guitarist until 2014, when the band announced he was taking a leave of absence for health reasons. It was later revealed he had been diagnosed for dementia.
Young's family said he passed away peacefully Saturday with his family at his bedside. He is survived by his wife O'Linda and two children.
"He leaves behind an enormous legacy that will live on forever," the band said. "Malcolm, job well done."

Posts : 3471
Join date : 2012-02-10
Age : 65
Location : Florida
That's a very sad loss a lot of people will have trouble dealing with, and AC/DC was one of my favorite groups, love his music, his awesome guitar 'riffs', and that high, scruffy voice- One of my favorites that he did back in the early 80's was 'Dirty Deeds'-I loved them all, listened to him exclusively when we were all partying, and the more we all partied, the LOUDER it got! Very exciting times back then, and I'd do it again!!!