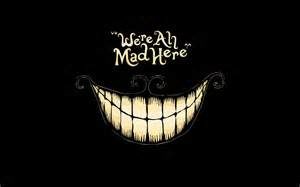 There’s no denying the Internet/blogosphere is on a mission now that “Q” has lit a fire under us.
For some, the recent activity regarding the marine deployment in Langley has done the trick and they’re rubbing the sleep out of their eyes and probably wondering what these other posts on the blogs are… about UFOs and portals, Illuminati black magic, chemtrails, pizzagate, reptilians, etc., and this blog title sounds more like a virtual reality game.
We’re really getting a handle on how this game is played, but with so many puzzle pieces and the overload of information available on the world wide web, some of us miss things. For example, one YouTuber I listened to recently said he believed Bill Gates is a pretty good guy as he hadn’t heard anything to the contrary. We have busy lives and can’t explore every bit of news but eventually all will be revealed.
By now we may at least be coming close to understanding the hidden world in which the dark cabal operates, or at least most of it, but this rabbit hole is going to come out somewhere near China before we’re done.
A patriot shared the following on 4Chan. He took the instructions from Q literally and followed the White Rabbit. He threw this out there for consideration. What do you think? Yes, he’s right… it’s a bit of a stretch, but he could be on to something. Sure looks like a bunny to me. 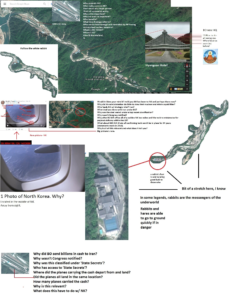 Source
Last night Simon Parkes gave us his intel on the “Operation Alice in Wonderland” Tweet from President Trump, saying it wasn’t on Twitter for 15 minutes but 15 seconds. Where have we seen that sort of thing before? On television we’ve seen odd Emergency Broadcast messages in specific areas when nothing happened. We’ve seen blurbs on the bottom of television screens like the one  that said Hillary Clinton died and other similar tricks. In fact, we have reason to believe that HRC actually did pass and we are now seeing her double or clone in action. Another actor.
Someone sent me this video back in 2012. Did you ever see a weather forecast like this? It was supposedly pre-recorded, which makes sense to have it ready to air in an urgent situation. I seriously doubt people at television stations produce these spots for fun, but that’s just my take. There has been hanky panky in the Canary Islands in the past and the cabal has tried to manipulate the weather, earthquakes, volcanoes etc. to create storms and tsunamis.

As Simon pointed out, there are plans in the works by various factions of the cabal/Illuminati and they have their cryptic ways of telegraphing their messages to the intended recipients. Only they know what they mean, and we’re told that by outing the plans of the cabal and tipping off the good guys, their nefarious attacks can be averted, such as the Zionist Olympics in London back in 2012.
Did you realize the stylized logo actually says ZION? Old timers will recall that prior to the games there were ads on television depicting images of the olympic venue as it would look after a bomb went off, which alerted the blogosphere and the authorities located and removed the bombs. Of course no one told the public about any of this, it was all covert. Part of the invisible war on Humanity. 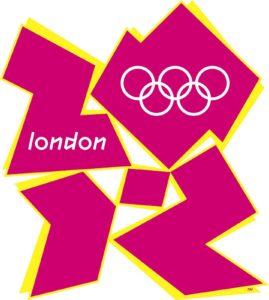 As Simon repeated last night, once you out the game plan, they are forced to bin it or delay it until a later date because they wouldn’t be able to pull it off. It doesn’t mean the intel was wrong, but that the good guys used it to their advantage. This is where the NSA might come in very handy for the Light Forces.
I suspect President Trump’s still-born Tweet wasn’t a mistake, but a strategic move. According to Simon, the “Alice in Wonderland” op is a real one. Sometimes these hidden messages seem like child’s play, but things couldn’t be more serious on our planet right now.
There’s far more esoteric influence in our lives than most of us know, and Tracy Twyman shared the following fascinating info on her site. It’s pretty out there too… but so far the truth has been waaaaaay out there, has it not? The truth will set us free, and has been doing that for some time.
Many people are throwing their two cents in and that’s great because it helps us see the big picture. For example, ‘Thomas Paine’/Douglas Gabriel at Aim4Truth told us in the NSA world, +++ means hurry or fast. Tracy has an idea on that symbol, too.
Sure, there are dead ends in this maze of tunnels but that’s half the fun. There are some brilliant people out there and the Truth Warriors will figure it out. The cavalry has arrived.
If Q’s intel is correct and he is telling Lynn de Rothschild there is nowhere to hide and they can hear her family breathing, it suggests the hidden kingdoms are hidden no longer. Somewhere, someone is wearing a Cheshire grin.
Thanks for the heads up, B.  ~ BP 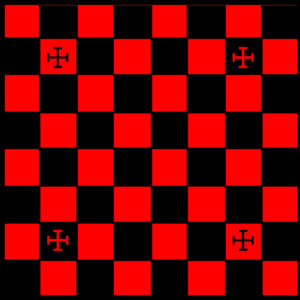 November 13, 2017
Have you been following the “Q-Anon” posts (and the follow-ups from his alleged compatriot “GnAnon”)? Some people think it’s actually Donald Trump talking about a military coup in the US that is going on right now, covertly, in an effort to oust the “bad actors” in the “Deep State.”
Either QAnon is real, and everything I have been telling you lately about hidden hyperspace kingdoms is true, or he/she/it is a hoaxer and has been reading my website, including the essay “Fake N.E.W.S.: “Unboxing the Compass.” The part about the hidden hyperspace kingdoms was also posted as an excerpt for the general audience under the title “Hidden Hyperspace Kingdoms for the Elite: Daumal’s Mt. Analogue, Disney’s Plus Ultra Tomorrowland, and Ayn Rand’s Atlantis.”

QAnon repeatedly mentioned “Alice & Wonderland.” People have decided “Alice” is Hillary Clinton. But as I mentioned in “Fake N.E.W.S.: “Unboxing the Compass,” “Alice Rosenbaum,” was the real name of Ayn Rand, who wrote about the hidden realm of “Atlantis,” where, in her story, the elite go to hide under a forcefield of invisibility while they watch the rest of the world go to Hell. “Alice” is also the name of a project at CERN focusing on creating interdimensional portals. 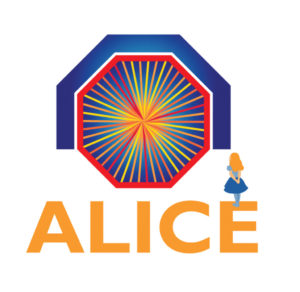 CERN’s logo for the ALICE project, showing the portal to the underworld/otherworld underneath a blue (Royal?) arch
QAnon mentioned “the fall of the archons” a few days ago, and the coming disclosure of the existence of “benevolent ETs.” The TV show “the Event” from a few years ago was about ETs that looked just like humans, and who had names corresponding to Gnostic figures, such as “Thomas” (as in the Gnostic Gospel of Thomas) and “Sophia” (their leader, clearly representing the wisdom goddess who is the mother of the demiurge (the creator of physical reality) in Gnostic creation myths. At the end of the show, it was revealed that the ETs were from a planet in another solar system where the Sun had grown too large and was threatening to destroy all life there. So they teleported their planet to our place in our solar system, and teleported our planet to where theirs used to be.
In other words, they (the evil, fallen angels) are trying to pull a switcheroo at the End of Days, thereby forcing us to pay the price for them, and endue the fires of Hell in their place. This is exactly the sort of thing that the spirit of Cain seemed to be hinting at in the various conversations I’ve had with him on the Ouija board over the years.
GnAnon, an alleged confidant of QAnon, recently also mentioned the Disney film Tomorrowland in some of his latest posts. And CERN. And Gnosis. “Tomorrowland” is a term for a land hidden in another dimension, accessible for those with eyes to see, where the real elite hide themselves, their real wealth, their real property, and their real technology.
“QAnon” is supposedly so-named because “Q” s the highest level of security clearance in the Department of Energy. QAnon has indicated that there is free energy tech being hidden from us that will soon be revealed. 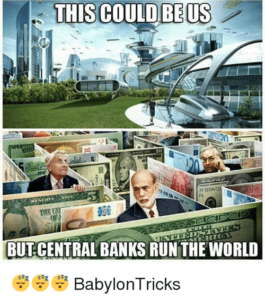 People have been saying for the last year that we don’t know what Donald Trump is really up to: that he’s playing “4D chess.” If you read “Fake N.E.W.S.: “Unboxing the Compass,” you’ll realize that 4D chess is actually the game of Ageio described there, described to us by the spirit of Cain, who told us that it was actually to origin off the game of chess, and that it is a ritual for the purpose of changing reality. As I explained in the essay, the board on which the game takes place appears to represent a hypercube, and I speculated that this may actually be the shape of our universe.
The seizing of the Saudi princes and their bank accounts, and the release of the “Paradise Papers,” is an indication that what’s coming is the lawful seizure of untold amounts of ill-gotten gain. I would think this would also go along with a debt jubilee, as the illegitimate nature of most of the world’s debt instruments is revealed.
But all this sounds like a fantasy. I have no reason to believe it’s real.
UPDATE: Things I forgot to mention: “+++” is something that QAnon puts in a lot of his posts, and Donald Trump has done also. I think it may be a reference to the “Plus Ultra” concept, meaning “There is More Beyond” the portal/s to the other dimension/s). It is also the name of the secret society that runs “Tomorrowland” in the Disney fiction.
One of the latest questions GnAnon puts to his readers: “What is the keystone”? If you’ve been following my work lately, you know that the keystone plugs up the portal at the top of the arch in the sky, keeps it from falling, and also acts as a deck prism, bringing filtered hyperuranian light into our world. It’s really a stone, cut complex geometry, and we call it “the Sun.”