Admin
Posts : 107515
Join date : 2012-01-04
Location : Woodstock Nation
Major Player in Hillary’s Inner Circle Suddenly Commits Suicide; Look What He Knew
Another lawyer suicided/Arkencided?  A sudden mental illness? Really? After he said he was going to step back to spend more time with his family? I’m afraid once you’re in, you can never leave—unless it’s feet first. 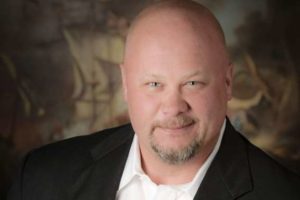 Another person with extremely close ties to Hillary Clinton has died a mysterious death, and after seeing what he was involved with it’s hard not to question if foul play was involved.
Houston, Texas trial lawyer and Democrat mega donor Steve Mostyn died on Thursday in what authorities are saying was a “suicide,” according to the Houston Chronicle. Mr. Mostyn was only 46, he left behind a wife and several children, and earlier this year had announced that he was going to be stepping away from politics to spend more time with his family.
Details about how Mr. Mostyn allegedly committed suicide are scarce. However, his family said that it happened after he “suddenly” became afflicted with some sort of mental illness then took his own life.  They weren’t clear as to what type of mental illness he suffered from.
it is worth noting that Mr. Mostyn had never suffered from mental illness in the past, according to his family, further raising suspicions over the manner in which he died.
Mr. Mostyn was a progressive powerhouse who was heavily involved with politics throughout his career. He made his fortunes off of suing insurance companies after hurricanes ravaged his state, and used his wealth to fund numerous Democrat and progressive causes, including the Super PAC “Ready for Hillary,” which he and his wife co-founded with Susie Tompkins Buell, a radical environmentalist and member of George Soros’s Democracy Alliance.
Mr. Mostyn’s wife, Amber, was also a member of the Democracy Alliance and a close friend of former Secretary of State Hillary Clinton, who was the keynote speaker at a 2010 Annie’s List event honoring Amber. The Mostyns were close to the Clintons in general, having held numerous high-dollar fundraisers for Hillary’s failed 2016 presidential run at their Houston home.
However, their relationship came under stress in 2015, when ethics watchdog group Foundation for Accountability and Civic Trust (FACT) filed a formal complaint against Hillary and her campaign for illegal coordination with the Ready for Hillary Super PAC, the Daily Caller reported.

FACT has asked other federal agencies to investigate the Clinton campaign’s dealings. The watchdog sent a letter to the IRS asking it to investigate a $350,000 payment that the Clinton Foundation made to Clinton’s 2008 presidential campaign for an email list of potential donors.
The watchdog has also asked the Federal Election Commission to investigate whether Clinton’s campaign illegally obtained an email list of 4 million names from the pro-Clinton super PAC, Ready for Hillary. FACT asserts that the list swap should be considered an in-kind donation — which would constitute illegal coordination between the campaign and PAC.
FACT has also asked the Senate Select Committee on Ethics to look into an April 21 meeting in which Clinton campaign aides attended a weekly meeting of Senate Democrats. FACT asserts that the meeting violates rule

A sales plug in Russia in 2009, though, may have proved especially fruitful. While touring a Boeing plant, Secretary of State Clinton said, “We’re delighted that a new Russian airline, Rossiya, is actively considering acquisition of Boeing aircraft, and this is a shameless pitch.”
In 2010, Boeing landed the Russian deal, worth $3.7 billion. And two months later, the company donated $900,000 to the Clinton Foundation.
…
But the financial connections don’t end there. Boeing also paid former President Bill Clinton $250,000 for a speech in 2012. It was a speech that was approved by the State Department’s Ethics Office — which according to an Associated Press report often approved the ex-president’s speaking engagements within days.
And in another potential trouble spot, Boeing’s chief lobbyist and former Bill Clinton aide Tim Keating hosted a fundraiser for Ready for Hillary, the political action committee raising money to help fund a run for the White House. Boeing took no issue with Keating doing so.

The extent of Mr. Mostyn’s ties to the Clintons isn’t fully known. But he seems to have been a major player in their inner circle for years, and the timing of his death is especially concerning as Hillary Clinton has once again found herself at the center of scrutiny for alleged dirty dealings during her time as Secretary of State.
Whether or not Mr. Mostyn killed himself or was murdered, we may never know. However, he was undoubtedly close enough to the Clintons to know enough incriminating information to put them away for a long time, so that gives him quite a bit in common with others who’ve been “Arkancided.”
The term “arkancided” developed years ago when it suddenly became apparent that an inordinate number of people close to Bill and Hillary Clinton, were dying under sometimes very strange circumstances.  The term hints at the possibility some of these “suicides” were actually murders.
So many people surrounding the Clintons have “died” over the years, it spawned the phrase “The Clinton Body Count.”  Here’s the list . . .  so far: