The wonders of ancient Egyptian Engineering: The Great Hypostyle Hall 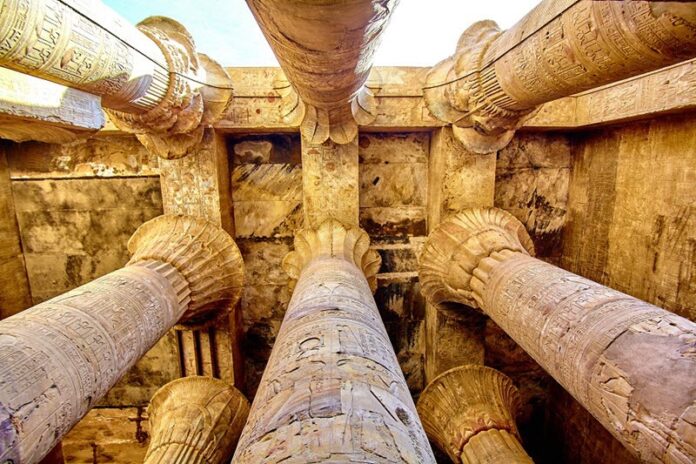 Columns of the hypostyle hall of Karnak’s temple in Luxor, Egypt. Image Credit: Shutterstock
by Ivan
The Hypostyle Hall located in the Karnak Temple complex, in the Precinct of Amon Re is composed was supported by a stunning 134 columns which are divided into 16 rows. 122 of these columns rise a staggering 10 meters into the air, and the other 12 are 21 meters tall having a diameter of more than three meters.

Located within the magnificent Karnak Temple complex, in the Precinct of Amon Re is one of the most visited ancient monuments built in the land of the Pharaohs.
This magnificent ancient hall covers a staggering area of 5,000 m2 (54,000 sq ft), and was initially instituted by Hatshepsut— the fifth pharaoh of the Eighteenth Dynasty of Egypt, and the second historically confirmed female pharaoh to rule over ancient Egypt.
The ancient temple complex was built by Seti I who engraved the northern wing of the hall with inscriptions. We can find a series of inscriptions in the southern wing which belong to Ramesses II. Numerous succeeding Pharaohs also added inscriptions to the walls and the columns in places their predecessors had left blank, including Ramesses III, Ramesses IV and Ramesses VI.
The roof of the temple—now in ruins—was supported by a stunning 134 columns which are divided into 16 rows. Hypostyle hall literally means “under pillars.”
122 of these columns rise a staggering 10 meters into the air, and the other 12 are 21 meters tall having a diameter of more than three meters. 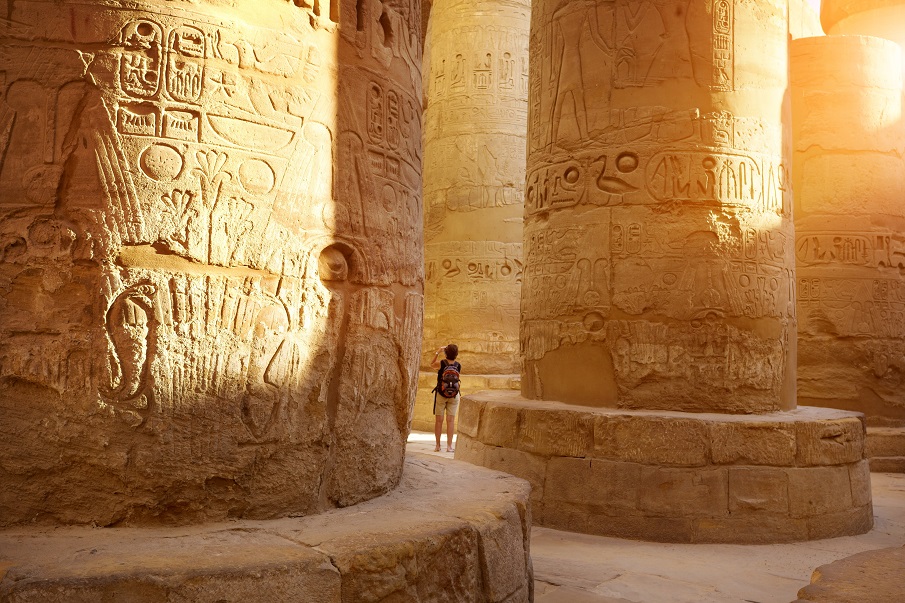 Hypostyle hall columns. Image Credit: Shutterstock
In fact, it’s very difficult to understand the sheer size of the massive columns that make up the Great Hypostyle Hall, but touregypt.net explains it as „a crowd of fifty people could easily stand atop the capital of the largest of the mammoth structures.”
The Hypostyle Hall is part of the massive Karnak Temple complex which itself is considered as the largest ancient religious site in the world, only after the Angkor Wat Temple of Cambodia.
The entire hall is one massive ancient piece of art. The outer walls illustrate fascinating battle scenes from the reigns of Seti I and Ramesses II.
Archeologists note that despite the fact that their reliefs had both religious and ideological functions, they tell an important story of the wards of the pharaohs. 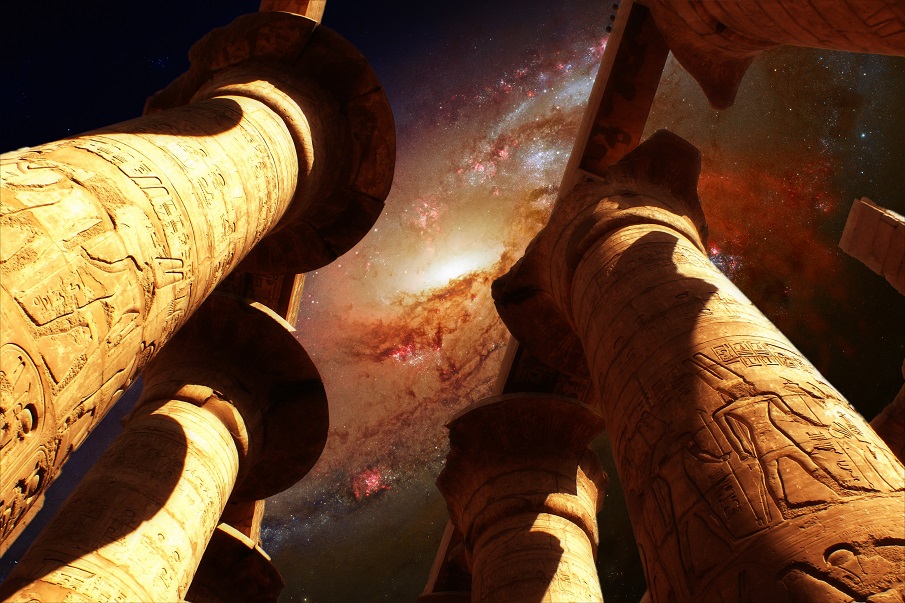 Karnak Hypostyle hall. Image Credit: Shutterstock
While the temple has survived for thousands of years, in 1899 11 of the massive columns inside the Great Hypostyle Hall collapsed in a chain reaction after giving in to groundwater.
After the collmns had collapsed, rebuilding was done in 1902. 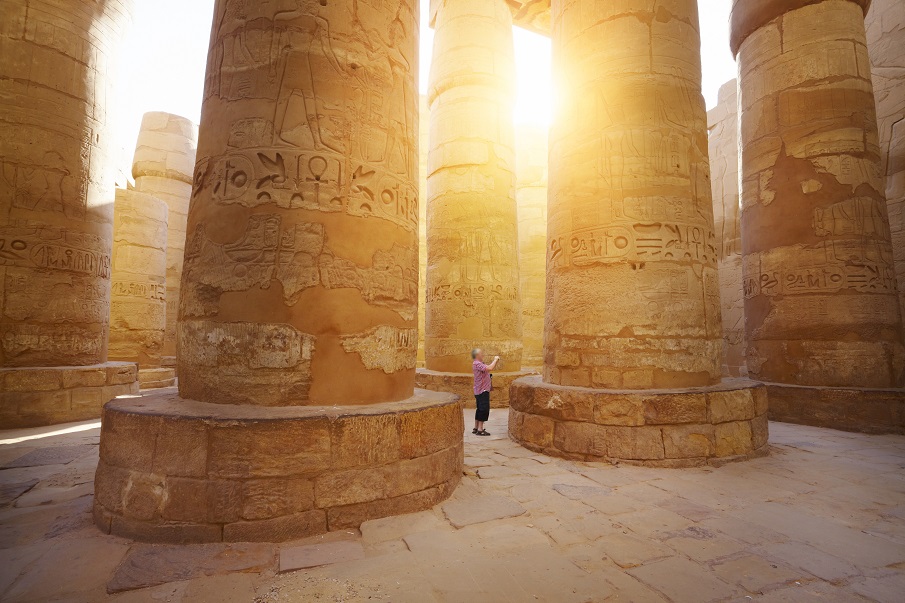 Ivan
Ivan is editor-in-chief at ancient-code.com, he also writes for Universe Explorers. You may have seen him appear on the Discovery and History Channel.