Skull Discovered in China Could Re-write Our Understanding of the Theory of Human Evolution Thu Nov 23, 2017 12:57 am 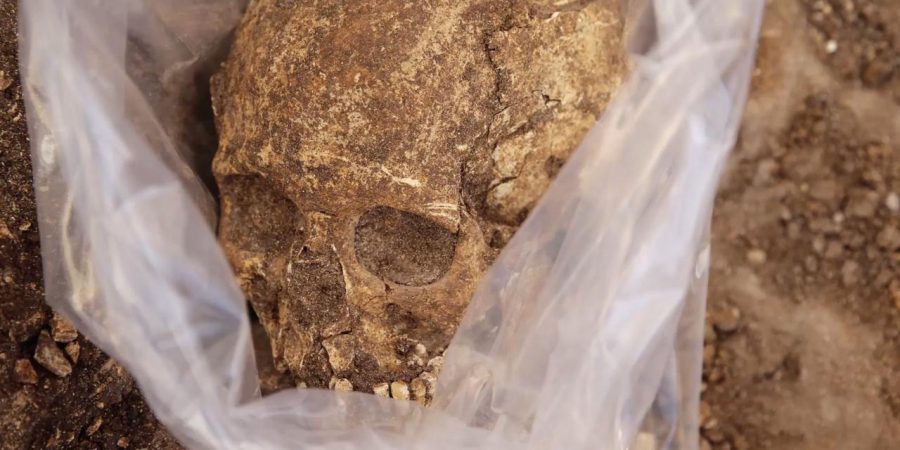 Skull Discovered in China Could Re-write Our Understanding of the Theory of Human Evolution
November 22, 2017

A skull found in China could re-write our entire understanding of human evolution.
That’s according to scientists who have examined the important, ancient head and say that it proves the existing theory of how humans came to be is wrong.
Most anthropologists believe that our species came about in Africa around 200,000 years ago – and that one group left around 80,000 years later before spreading across the world. But instead of humans purely coming out of Africa, the new research suggests that important characteristics of humans actually developed in east Asia.
In fact there might have been times of intense intermingling as those early humans in Asia moved out of and back into Africa, with no single event when modern humans came into being. That means that modern humans are made up of the DNA of ancestors from both Asia and Africa, if the researchers are correct.
The story is a development of a theory that has been widely dismissed by mainstream academics for decades, some of whom suggest that it is being made up to emphasise the role of China. But if the new claims are true, it might prove that the long-ridiculed theory is actually true.
The important head, known as the Dali skull, was found 40 years ago in China. It was once a member of the early species – and our ancestor – the Homo erectus. It is surprisingly intact, with scientists still able to see the face and brain case as it would have been when its owner was living around 260,000 years ago.
It has strange similarities too with modern Homo sapiens. And the new research suggests that it has far more than expected in common with specimens found in morocco.
Taken together, the research suggests that humans might not have evolved in Africa and then left, as has long been thought to be the case, researchers Xinzhi Wu of the Chinese Academy of Sciences and Sheela Athreya of Texas A&M University told the New Scientist. The similarities suggest that the early modern humans might not have been isolated in one place as their characteristics evolved, the scientists say, instead sharing characteristics across the world.
Instead, at some times there might have been important genetic flow between those early humans in Africa and others in places like China, they write in a recent paper, “resulting in contributions being made in different capacities to different regions at different times”.
The scientists now hope to do even more detailed comparisons of the Dali skull with those found in Morocco, to understand how the specimen found in China is similar to and different from other examples of early humans.
Andrew Griffin
The Independent Uk