OUT OF MIND » VOICES CARRY » AMAZING PEOPLE, PLACES & THINGS » ‘By the people, for the people’: Kim Dotcom to launch alternative internet

‘By the people, for the people’: Kim Dotcom to launch alternative internet 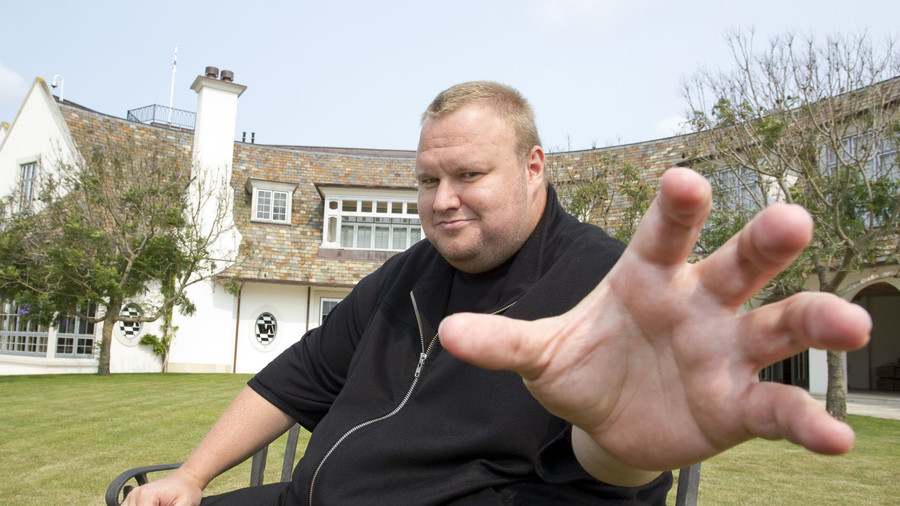 Kim Dotcom, wanted in the US for alleged widespread illegal file sharing, has vowed to build an alternative internet to combat privacy and freedom problems online.
The knowledge that government agencies have used the internet to spy on citizens, along with high-profile hacking scandals, has brought online privacy to the forefront of people’s minds.
Megaupload founder Kim Dotcom says he will help facilitate an unobstructed internet, free from prying eyes, through MegaNet, which will operate without IP addresses. The German entrepreneur is currently resisting extradition to the US from New Zealand over alleged copyright infringement.

Dotcom, who believes the internet to be a new frontier of rough-and-tumble lawlessness like the Wild West, previously described his alternative internet idea as “indestructible, uncontrollable & encrypted”.
READ MORE: Kim Dotcom wants to encrypt half of the internet to end government surveillance (FULL RT INTERVIEW)
“The current corporate internet will be replaced by a better Internet, running on the idle capacity of hundreds of millions of mobile devices,” Dotcom said. “Run by the people for the people. Breaking net-neutrality will only accelerate the adoption of a new network.”

The development will ensure internet freedom will become a reality, he added. “I have been working on this for a long time. Mobile networks and devices will be ready for this in four-five years.”
It comes as the US Federal Communications Commission (FCC) plans to kill net neutrality next month. In 2015, the same agency adopted an “open internet order” which it said prohibited companies from restricting legal internet use or carrying out paid prioritization for certain services.
The new position has been pitched as a bid to restore internet freedom, but critics argue that any rollback will allow internet service providers much greater control over what people can and cannot see online. FCC chairman Ajit Pai believes repealing net neutrality will facilitate greater investment and innovation.
READ MORE: How the FCC’s reversal of net neutrality may affect you
“This burdensome regulation has failed consumers and businesses alike,” Pai said in a Wall Street Journal opinion article. “In the two years after the FCC’s decision, broadband network investment dropped more than 5.6 percent - the first time a decline has happened outside of a recession. If the current rules are left in place, millions of Americans who are on the wrong side of the digital divide would have to wait years to get more broadband.”

Meanwhile, WikiLeaks publisher Julian Assange has sought to persuade the Trump administration to maintain some form of neutrality by informing the US president that his opponents “control most internet companies.”
“Without neutrality they can make your tweets load slowly, CNN load fast and infest everyone’s phones with their ads. Careful,” he tweeted to Donald Trump.

OUT OF MIND » VOICES CARRY » AMAZING PEOPLE, PLACES & THINGS » ‘By the people, for the people’: Kim Dotcom to launch alternative internet

» A Couple of People in the Alternative Community that Need HELP
»  People Can Draw Energy From Other People The Same Way Plants Do - See more at: http://www.trulymind.com/people-can-draw-energy-from-other-people-the-same-way-plants-doA biological research team at Bielefeld University has made a groundbreaking discovery
» People are using cannabis oil as an alternative cancer treatment and it’s working
» Why Are People So Mean? Has The Internet Destroyed Empathy & Compassion?
» John Grisham is Giving His Book Away for Free to Educate People on an Alternative Cure for Cancer