By Matt Agorist
Wisconsin just quietly passed a bill that will allow farmers in the state to grow industrial hemp which will inevitably lead to economic growth and a hemp revolution.
On April 2, 2009, the Industrial Hemp Farming Act of 2009 was introduced in the United States House of Representatives by Ron Paul. This logical bill’s only purpose was to remove industrial hemp—which cannot get you high—from the Controlled Substances Act so its myriad of uses could be realized by farmers on a national level. Because the government holds the interests of its corporate overlords, who need cannabis and hemp to remain illegal, over the interests of the people, this rational bill was shelved and hemp ridiculously remains a controlled substance today.
Luckily, however, despite the federal government’s obstinate and violent views toward this amazing plant, states are asserting their rights and disobeying. The most recent state to tell the feds to kick rocks is Wisconsin.

On Thursday, with absolutely no press release, Gov. Scott Walker quietly signed a bill that allows Wisconsin farmers to grow industrial hemp.
The bill passed the Wisconsin legislature unanimously highlighting how ridiculous the fed’s ban on this plant is. As WMTV reported, the measure’s sponsor, Republican Rep. Jesse Kremer, tweeted Thursday that the bill will make Wisconsin a leader in hemp production. His tweet included the hashtag “AmericasHempland.”
“The rest of the country is on notice. We used to lead the country in industrial hemp production and we will again,” said Ken Anderson, a hemp seed producer and hemp grain processor who lives in Prescott. “I think Wisconsin is going to show America how hemp is done.”
As Anderson points out, Wisconsin was once the nation’s leader in hemp production. However, thanks to the cronies in the federal government, at the end of World War II, all that changed.
The Marihuana Tax Act of 1937 marked the beginning of the end for the growth of marijuana in the United States. An extremely high tax was placed on marijuana; making it nearly impossible to grow industrial hemp. However, Congress expected the production of industrial hemp to continue, but the Federal Bureau of Narcotics then lumped industrial hemp in with marijuana. Keeping in line with the tyranny of hemp prohibition, the US Drug Enforcement Administration continues the ban today.
But people are finally seeing through the lies.

Hemp Bound: Dispatches from the Front Lines of the Next Agricultural Revolution 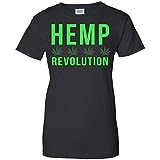 “They’ll actually make money with hemp. That’s kind of the key right now. Our farmers in seed production, right now, they’re netting around $1,000 an acre which is just ridiculous right now in agriculture,” Anderson said.
Hemp has the potential to be used in more than 25,000 products, including fibers, textiles, paper and construction and insulation materials, food and even fuel. However, even though states are disobeying the federal government to grow it, they are still forced to fall in line by throwing massive bureaucratic hurdles in front of those who want to grow it.
The latest federal action related to industrial hemp occurred when President Obama signed the Agricultural Act of 2014. It included a section that gave universities and state departments of agriculture the clearance to begin cultivating industrial hemp for limited purposes.
The law from 2014 noted that the permission would only be granted if “the industrial hemp is grown or cultivated for purposes of research conducted under an agricultural pilot program or other agricultural or academic research,” and if “the growing or cultivating of industrial hemp is allowed under the laws of the state in which such institution of higher education or state department of agriculture is located and such research occurs.”
Now, as WMTV reports, the Wisconsin Department of Agriculture, Trade and Consumer Protection will have 90 days to create a pilot program application for farmers. Farmers who want to grow hemp will have to do so through the application process.
Once other states begin to see the products that can be made from the hemp plant and the massive profits the disobedient states are making, the government-imposed barriers to entry will surely subside. Please share this article so that others may see the power of what happens when good people break bad laws.

This article appeared first at The Free Thought Project and appears here with permission. It can be published with full attribution.

» Senate Votes to Finally Legalize Hemp After 80 Years of Prohibition
» Why Legalize Marijuana? Because GMO Pot Is On Its Way
» It's High Time To Legalize Nature
» Mexico City Moves to Legalize Pot
» Australia is Definitely Going to Legalize Medical Marijuana in 2015