OUT OF MIND » CHANGING ENVIRONMENT & NATURE » GUIDE TO THE NIGHT SKY » A Trilogy Of Super Moons Is Approaching, And Here’s Why You Shouldn’t Miss It

A Trilogy Of Super Moons Is Approaching, And Here’s Why You Shouldn’t Miss It


A series of three Super Moons are set to occur very soon. You’ll have a chance to take a look at three Supermoons on December 3, 2017, January 1, 2018, and January 31, 2018.
Supermoons occur when a full moon coincides with the so-called lunar perigee, the point at which the moon’s orbit is located closest to the Earth.
Since the orbit of the Moon is elliptical, one side (apogee) is about 50,000 km farther from Earth than the other (perigee). 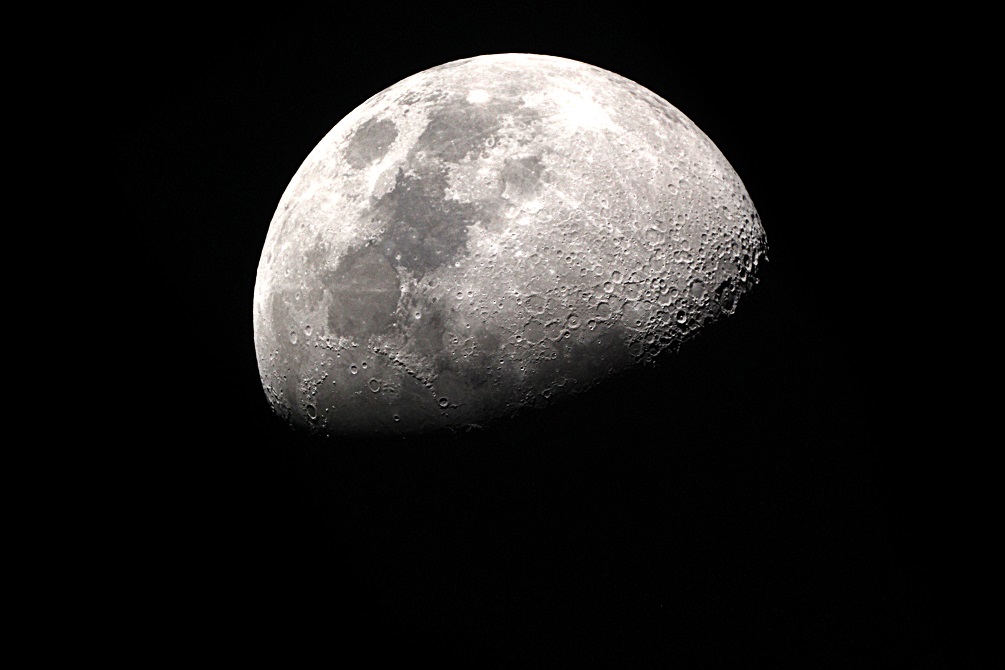 his Super Moon trilogy is your perfect chance to start observing the sky. Image Credit: Shutterstock
Full Moons in perigee seem about 14% larger and 30% brighter than full moons that are near the apogee in the lunar orbit.

“Super Moons are a great opportunity for people to start observing at the moon,” said Noah Petro, a researcher at NASA’s Goddard Space Flight Center.
It is difficult for our eyes to distinguish these small changes in size when the Moon is high in the middle of the vastness of the night sky.
But, each time a full Moon is observed as it rises or sets, while suspended on the horizon and shining through the silhouettes of trees or buildings, its apparent size can make it seem twice as large. 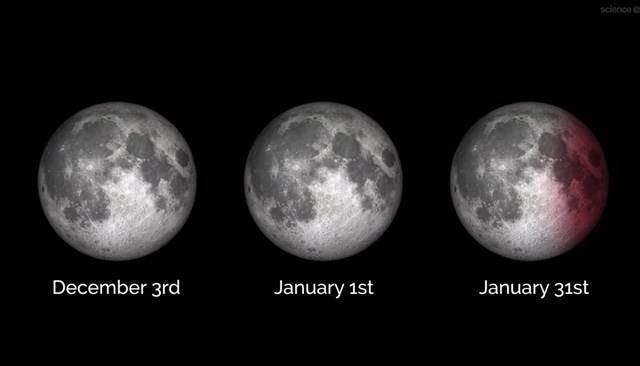 Get your telescopes ready.
In November of last year, the Moon reached the closest distance to Earth since 1948, which gave rise to a historical supermoon, but these three Super moon events also promise a great show in the sky.
The third Supermoon will be a special one
First of all, the January 31 supermoon will feature a total lunar eclipse, with a totality visible from western North America through the Pacific to eastern Asia.
The orbit of the Moon around our planet is tilted, so it usually falls above or below the shadow of the Earth. Approximately twice a year, a full moon is perfectly aligned with the Earth and the Sun so that the shadow of the Earth completely blocks the Sun’s light, which would normally be reflected in the Moon, explains NASA.

In certain areas around the world, on January 31, the Moon will lose its brightness and acquire a mysterious glow, weaker than normal, due to the scarce sunlight that crosses the Earth’s atmosphere.
Often emitted in a reddish hue due to the way the atmosphere doubles the light, the totally eclipsed Moons are sometimes called “Blood Moons”.
The supermoon of January 31 will also be the second full moon of the month.
Some people call the second Full Moon in a month a «Blue Moon», which makes it a «Super Blue Moon». The Blue Moons happen every two and a half years, on average.
With the total eclipse, it will be a “super blue blood” moon.
So, what does all of this mean? Well, if you ever wanted to start your career as an amateur astronomer, head on to the store and get yourself a nice amateur telescope, grab a few drinks while you’re at it, and prepare yourself for three stunning supermoons. Astronomers and fans around the world are already preparing to observe this fantastic trilogy.

OUT OF MIND » CHANGING ENVIRONMENT & NATURE » GUIDE TO THE NIGHT SKY » A Trilogy Of Super Moons Is Approaching, And Here’s Why You Shouldn’t Miss It