OUT OF MIND » THE INSANITY OF REALITY » GOVERNMENTS & THE NEW WORLD ORDER » The Mainstream Media’s Accused - Over a Dozen Corporate Media Figures Fired for Sexual Misconduct - How Far Does This Issue Go?

The Mainstream Media’s Accused - Over a Dozen Corporate Media Figures Fired for Sexual Misconduct - How Far Does This Issue Go?

The Mainstream Media’s Accused - Over a Dozen Corporate Media Figures Fired for Sexual Misconduct - How Far Does This Issue Go? Sat Dec 02, 2017 5:51 pm

The Mainstream Media’s Accused - Over a Dozen Corporate Media Figures Fired for Sexual Misconduct - How Far Does This Issue Go? 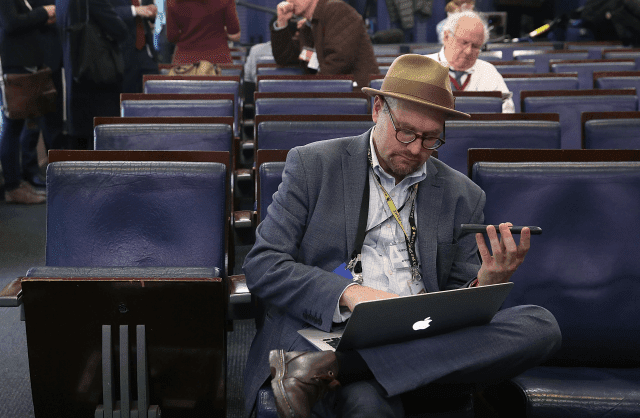 The revelation of alleged sexual offenders in corporate news continues. Media personalities, Hollywood high-rollers, and political figures alike are being outed at record pace for past offenses of rape and sexual assault, and it seems that this is only the beginning of this new trend of public disclosure.

The revelations of corruption and abuse in the political and professional world have been ongoing in the latter half of 2017. Though the media does have a tendency to showcase various pseudo-scandals to boost ratings, many of the disclosures presently coming forward appear to be genuine.


News personnel are getting fired, open investigations are being conducted by authorities, and suspects are pleading guilty to the crimes they are being charged with. This falls directly in line with the predictions we received stating that the corporate media would be undergoing a purge of the criminal perpetrators employed as heads and news anchors. Though the outing of sex offenders could be considered a good thing, we may want to keep in mind that the ugly truth goes much farther than simply Hollywood actors and morning television hosts.

As stated in earlier articles, an elitist culture of child rape, pedophilia, and sexual abuse does not continue for decades on end without government and law enforcement being complicit. To add, the secrecy of such criminals does not remain unless media heads are complicit. This means that media executives would have to be compromised in order to maintain a successful cover-up of rape and abuse. Otherwise, any rogue reporter could report any scandal they chose.

If stories of sexual misconduct took place in a competing agency, it would be extremely easy for another agency to report the scandal. However, this sort of misconduct went on for years without any agency saying anything on the subject. This suggests that sexual abuse and misconduct have been a mutual phenomenon among several of these agency. It would also suggest that secrecy of such abuse was maintained by all parties involved. This mutual agreement of concealment would also have to be taking place within law enforcement and government agencies in order to be successfully maintained for years on end, as it was.

If this is true, this would mean that at least this portion of the testimonies of multiple whistleblowers was true in that government criminals use pedophilia and rape as both bribery and blackmail in order to ensure that secrecy of rampant criminality is maintained indefinitely. It appears that this year, someone interfered with this system of secrecy, which would explain the mounting number of disclosures taking place.

We see news anchors and Hollywood executives being outed, but as previously stated, if this tapestry of secrecy is unraveling, these only represent the beginning of the forthcoming revelations.

To the surprise of absolutely no one, the very same mainstream media that attempted to disqualify then-presidential candidate Mitt Romney in 2012 over the phrase “binders full of women,” the very same media that grinded Republican senate candidate Todd Akin into dust over something he said, appears to be, itself, a depraved institution populated by powerful abusers and their enablers.

You read that correctly, according to those within this wicked institution, everyone knew … and did nothing.

There is no question there is a cancer of abuse and enabling within our elite media, an institution that, through its unceasing fake news and hypocrisy on matters such as these, has deservedly lost all public trust and moral authority.

Anymore questions about why the media (along with Harveywood) want to disarm us?

Below are the names of the accused, so far. Please keep in mind what the elite media itself does not when a Republican is involved — that unless otherwise noted, these stand only as allegations.

Fired over three allegations of “behavior that does not align with the standards and values of CNN.”

Fired over allegations of sexual harassment.

Left the company over allegations of sexual harassment.

Fired over allegations of inappropriate behavior.

Fired over numerous allegations of harassment, misconduct, and groping.

On suspension over multiple allegations of harassment and unwanted touching.

Fired over allegation of sexual harassment.

Resigned over allegations of sexual harassment.

Related links - David Wilcock - Something Very Big is Coming, Part II: Is Wikileaks About to Drop the Nuke? - Links and Commentary

Confessed in non-fiction memoir to the sexual abuse and the enabling of the abuse of female staffers. Now says he made it all up.

3. Ian Prior – Senior Editor the Guardian

OUT OF MIND » THE INSANITY OF REALITY » GOVERNMENTS & THE NEW WORLD ORDER » The Mainstream Media’s Accused - Over a Dozen Corporate Media Figures Fired for Sexual Misconduct - How Far Does This Issue Go?