For those new to the truth media, don’t let the “martial law” get your knickers in a knot. The positive military is not “going after the People” as you may have been led to believe they would by certain alternative media talking heads. They are going after the scumbag cabal, the shadow government, the New World Order, the globalists, the Nazis, the Khazarian mafia, the controllers and predators. They are all of those things.
Even if Trump does or already has declared martial law as some say, we may not see much of the military on our streets, but if we do, we’re not to interfere. They will not engage civilians unless there is a warrant for their arrest. We were promised mass arrests and we’re getting them.
Operation: Clean Sweep is underway. That is my terminology for the cleansing of the vermin on our planet. They are being exposed for what they are, the White Hats are executing their long laid plans, and the People’s military has risen to the challenge and is fighting the enemy—both foreign and domestic. Rejoice!
We’re also seeing confirmation from various sources like Jim Stone and Ben Fulford that the “earthquakes” were strategic hits on cabal strongholds and that at least some “meteors” were “space junk” shot down by the allies. The cabal has some nasty tech that will not be a problem much longer, and the secret space programs will be a secret no longer.
This video from Secureteam shows one of the latest “meteors” which is questionable. Thanks, Tyler.

Nice to know the taxpayer dollars spent on FEMA camps won’t go to waste. I hear the food sucks. I hope the media moguls wind up there very soon so we can actually broadcast the truth to the sleeping masses. Once they understand what is happening, we can waste less time and energy on being covert and speed up the process.

If you listened to Simon Parkes’ update from yesterday, he said he agreed with what Fulford relayed in his bullet points from last week’s update except that the Marines did not storm the Langley CIA headquarters. Disinformation and leaks have a purpose and we see our sources clearly divided on that Langley point.
Ben also says many Americans were killed in Vegas. I was hoping that was untrue, but noted that yet another survivor was killed last week. Those survivor deaths are still a mystery. Steve Pieczenik said NO ONE died in Vegas, so why are we getting these opposing reports? One day we will learn the truth about that, and everything else.
Thanks for the update, Ben. Be safe.  ~ BP 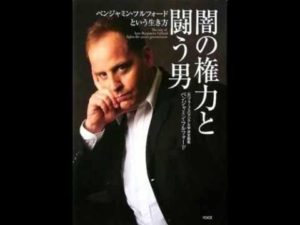 December 4, 2017
by Benjamin Fulford
The U.S. military government, known to the world as the administration of President Donald Trump, is about to declare martial law, Pentagon sources say.  “The Cabal has been checkmated, as Trump is ready to federalize the National Guard in case of riots or civil unrest,” Pentagon sources say, adding that “FEMA camps will be used to house mass arrests, and Gitmo may house high-value targets while military tribunals will dispatch them swiftly.”
Such radical action is necessary, “Because of corrupt judges appointed by [former U.S. President Barack] Obama and a Congress stacked with shills for Israel, so Trump may be forced to declare martial law to impose military justice,” is how one Pentagon source put the situation.  The FBI, for example, has been actively covering up the cabal slaughter of hundreds of Americans in Las Vegas using G4S mercenaries, multiple sources say.
Trump was probably referring to this upcoming purge in the following Tweet:  “After years of Comey, with the phony and dishonest Clinton investigation (and more) running the FBI, its reputation is in tatters—worst in History!  But fear not, we will bring it back to greatness.”
The other big news from last week is that the U.S. Dover Air Force base was hit last with a nuclear weapon or the equivalent.  The attack was described as a magnitude 4.4 earthquake in the corporate media.  However, the “earthquake” had all the hallmarks of a nuclear or beam weapon attack in that its epicenter was a military base, it was shallow, and the seismograph shows a huge one-off instant quake, not the sort of shaking buildup seen in natural quakes.  It can be seen in the link below.
http://www.delawareonline.com/story/news/local/2017/11/30/earthquake-strikes-kent-county-thursday/911208001/
Although the attack took place the day after North Korea announced it had ICBMs that could hit anywhere in the U.S., Pentagon sources are saying this was part of the undeclared civil war inside the military-industrial complex.  The Dover base is where U.S. military and other dead bodies are “processed,” and it is also home to long-range heavy-lifting air transports.  Since the CIA smuggled heroin back to the U.S. in coffins during the Vietnam War, it is a pretty good guess that this base was taken out because it was a major trans-shipment point for Afghan heroin.
There was also visible evidence last week of at the very least, a low-earth-orbit space war going on, as what Pentagon sources describe as “rogue satellites” were…  to be continued later this week with video. ~ BP