OUT OF MIND » THE INSANITY OF REALITY » FINANCIAL COLLAPSE » Can Bitcoin defy logic and go to Infinity and Beyond?

Can Bitcoin defy logic and go to Infinity and Beyond? 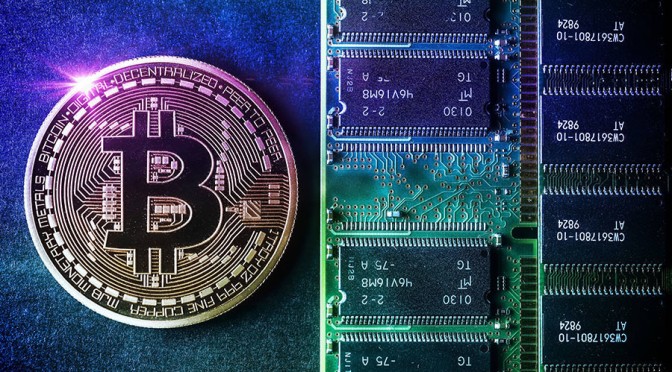 Can Bitcoin defy logic and go to Infinity and Beyond?

investing.com
That has made early adopters of this new “digital cash,” like RT’s Max Keiser, very happy: anyone who bought bitcoin in 2013 (when it cost $13) has increased their bitcoin wealth a thousand-fold in just 5 years. Max and many other bitcoin devotees will tell you that they’ve bought in on the ground floor of the new money, which will someday soon be worth $100,000 apiece, and which will sweep aside the old and corrupt fiat money systems that preceded it.
This was certainly the intention of bitcoin’s anonymous designer Satoshi Nakamoto, who was incensed by the financial crisis of 2008 and the failure of governments to do anything to rein in, let alone punish, the bankers who caused the crisis. Rather than being thrown in jail—as they were in Iceland—compliant Western governments threw massive amounts of fiat-based cash at the ‘banksters’ to replace the credit-based money they had created and destroyed in the speculative orgy of the SubPrime Bubble. He made his disgust and his intentions clear in the very first bitcoin he produced, which included a news headline about the UK Chancellor preparing to bail the banks out, yet again, in January 2009.

Figure 1: The very first Bitcoin block, with its excerpt from a Times of London news item on bank bailouts.

So will bitcoin keep on appreciating, and is it the new money? I am not an expert on bitcoin, nor am I a soothsayer, so I can’t give a definitive answer to both questions. But I do know something about money, and am confident that the answer to both questions cannot be “Yes.”
The reason is simple: bitcoin is increasing so rapidly in price that you’d be a fool to buy anything with it if you expect this rate of appreciation to continue. A thousand bitcoin would have bought you a very nice 3-bedroom house in San Jose a year ago, which would be an impressive capital gain had you purchased the bitcoin for a total of $13,000 just four years earlier. But if you waited until today, the same amount of bitcoin could buy you a dozen such houses.
This is hyper-deflation, the opposite of hyperinflation, which many in the bitcoin world see as one of the key dangers of fiat currencies. In fact, no leading Western nation has experienced hyperinflation, and the hyperinflation that many Austrian economists expected to see thanks to Quantitative Easing hasn’t happened—in fact, price growth has remained anemic after the crisis.
Bitcoin was designed to be deflationary—to increase in value over time—in the belief that money should be “hard” like Gold rather than soft like fiat currencies. Here, at least at present, it has succeeded too much, because just as Weimar Republic hyperinflation sent consumers scurrying to the shops to buy before today’s cash was worthless in their war-and-reparation-payments-devastated economy, bitcoin’s hyper-deflation makes its use for transactions insane.

So one or the other has to give: either bitcoin’s price has to stop rising, or it will never be used for transactions. But when that rise ends, will its price plateau or plunge?
Here a key design feature of bitcoin has me worried. Bitcoin was designed on an analogy to Gold, in that the more of it that is mined, the harder it is to mine the remaining undiscovered bitcoins, in terms of the electric power needed to run the computer algorithms that track bitcoins down. With its huge price spike, the computer rigs that mine bitcoin are already consuming the same amount of electricity every day as Ireland. And this is with virtually no transactions actually taking place.
If bitcoin’s price stops rising, at say the level that proponents like Keiser spout of $100,000, and it starts to be used for transactions on the scale of even a single credit card company like Visa (about 80 billion transactions per year), the energy consumed has to drop. Can the price remain elevated when the cost of mining plunges to a sustainable level?
There is also the fundamental dynamic of a financial bubble driven by people buying a given asset simply because they expect its price to continue rising. Such a process relies upon an ever-increasing number of buyers paying ever more to join the party, but as they do join, the number of potential new entrants diminishes relative to those already in the game. This is very similar to the spread of a disease, which ultimately stops spreading because it runs out of new victims to infect.
The price rises that are attracting so much attention now also carry the seeds of their own destruction. On its most-hyped day (November 29th, 2017), bitcoin actually ended up falling 1.5 percent in price, after peaking at a 15 percent rise during the day. For the month, it is up about 50 percent. If that increase in price continued, then its price would double every two months, and rise by a factor of 64 every year. Bitcoin would become ‘The Coin that Ate the Earth,’ and that can’t happen. Thus, I think it will instead become ‘The Coin That Fell to Earth.’
Steve Keen is an Australian economist and author. He’s professor and Head of the School of Economics, History and Politics at Kingston University in London. You can support his attempts to build a new economics https://www.patreon.com/ProfSteveKeen.

One could argue it already has.

For something that physically does not exist unlike paper bonds or paper money it is doing incredibly well ...for some.

Once the greedy see more instant profit then blow the whistle and open the steam, let the gravy train roll. The whole Dinar pantomime exists because De La Rue in Hampshire printed state of the art new banknotes, enough to fill 37 large Boeing's it is claimed. But Dinar exist, bitcoin does not.

Had a scam email from some clown offering to not spread nonsense to all my email contacts recently....unless I sent him US$350 in bitcoin. He left instructions where "his" bitcoins where to be sent.

Said clown had a reply from a different email and ISP offering to pay in limeycoin but only in amounts rounded up to the hundreds as thats all limeycoin offer.

Clown was very upset when he replied again having gone looking for limeycoin, how long it took him to realise where on the planet his mass scam had landed I have no idea. He was even more upset when informed his details were with New Scotland Yard.

Bitcoin is just another fad, get rich quick but pandering to greed. Here are some historical examples of collective hysteria about making quick cash

If I had bought bitcoin at 5 US dollars years back, it would have been long sold by now.

I can think of a personality not unknown on these pages,  who if intelligent enough to do would have dearly liked to have invented bitcoin. We may even see ketchup coin, or bare sandwich coin, who knows?

There is only one direction for bitcoin, the way of all ponzi schemes, how long it takes is another matter

OUT OF MIND » THE INSANITY OF REALITY » FINANCIAL COLLAPSE » Can Bitcoin defy logic and go to Infinity and Beyond?