OUT OF MIND » CHANGING ENVIRONMENT & NATURE » NEW TECH FOR A HEALTHY PLANET » Bizarre Behavior of Graphene Atoms Could Lead to Clean, Limitless Energy 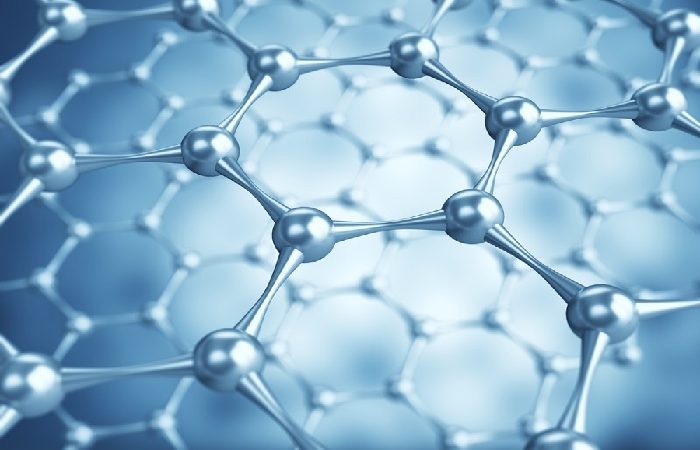 MIKE MCRAE
Science Alert
By all measures, graphene shouldn’t exist. The fact it does comes down to a neat loophole in physics that sees an impossible 2D sheet of atoms act like a solid 3D material.
New research has delved into graphene’s rippling, discovering a physical phenomenon on an atomic scale that could be exploited as a way to produce a virtually limitless supply of clean energy.
The team of physicists led by researchers from the University of Arkansas didn’t set out to discover a radical new way to power electronic devices.
Their aim was far more humble – to simply watch how graphene shakes.
We’re all familiar with the gritty black carbon-based material called graphite, which is commonly combined with a ceramic material to make the so-called ‘lead’ in pencils.
What we see as smears left by the pencil are actually stacked sheets of carbon atoms arranged in a ‘chicken wire’ pattern. Since these sheets aren’t bonded together, they slide easily over one another.
For years scientists wondered if it was possible to isolate single sheets of graphite, leaving a 2-dimensional plane of carbon ‘chicken wire’ to stand on its own.
In 2004 a pair of physicists from the University of Manchester achieved the impossible, isolating sheets from a lump of graphite that were just an atom thick.
To exist, the 2D material had to be cheating in some way, acting as a 3D material in order to provide some level of robustness.
It turns out the ‘loophole’ was the random jiggling of atoms popping back and forth, giving the 2D sheet of graphene a handy third dimension.
In other words, graphene was possible because it wasn’t perfectly flat at all, but vibrated on an atomic level in such a way that its bonds didn’t spontaneously unravel.
To accurately measure the level of this jiggling, physicist Paul Thibado recently led a team of graduate students in a simple study.
They laid sheets of graphene across a supportive copper grid and observed the changes in the atoms’ positions using a scanning tunneling microscope.
While they could record the bobbing of atoms in the graphene, the numbers didn’t really fit any expected model. They couldn’t reproduce the data they were collecting from one trial to the next.
“The students felt we weren’t going to learn anything useful,” says Thibado, “but I wondered if we were asking too simple a question.”
Thibado pushed the experiment into a different direction, searching for a pattern by changing the way they looked at the data.
“We separated each image into sub-images,” says Thibado.
“Looking at large-scale averages hid the different patterns. Each region of a single image, when viewed over time, produced a more meaningful pattern.”
The team quickly found the sheets of graphene were buckling in way not unlike the snapping back and forth of a bent piece of thin metal as it’s twisted from the sides.
Patterns of small, random fluctuations combining to form sudden, dramatic shifts are known as Lévy flights. While they’ve been observed in complex systems of biology and climate, this was the first time they’d been seen on an atomic scale.
By measuring the rate and scale of these graphene waves, Thibado figured it might be possible to harness it as an ambient temperature power source.
So long as the graphene’s temperature allowed the atoms to shift around uncomfortably, it would continue to ripple and bend.
Place electrodes to either side of sections of this buckling graphene, and you’d have a tiny shifting voltage.
This video clip below explains the process in detail:

By Thibado’s calculations, a single ten micron by ten micron piece of graphene could produce ten microwatts of power.
It mightn’t sound impressive, but given you could fit more than 20,000 of these squares on the head of a pin, a small amount of graphene at room temperature could feasibly power something small like a wrist watch indefinitely.
Better yet, it could power bioimplants that don’t need cumbersome batteries.
As exciting as they are, these applications still need to be investigated. Fortunately Thibado is already working with scientists at the US Naval Research Laboratory to see if the concept has legs.
For an impossible molecule, graphene has become something of a wonder material that has turned physics on its head.
It’s already being touted as a building block for future conductors. Perhaps we’ll also be seeing it power the future of a new field of electronic devices as well.
This research was published in Physical Review Letters.
Mike McRae
Science Alert

OUT OF MIND » CHANGING ENVIRONMENT & NATURE » NEW TECH FOR A HEALTHY PLANET » Bizarre Behavior of Graphene Atoms Could Lead to Clean, Limitless Energy