Unexplained ‘Roaring Noise’ from the Sky Along Mississippi River 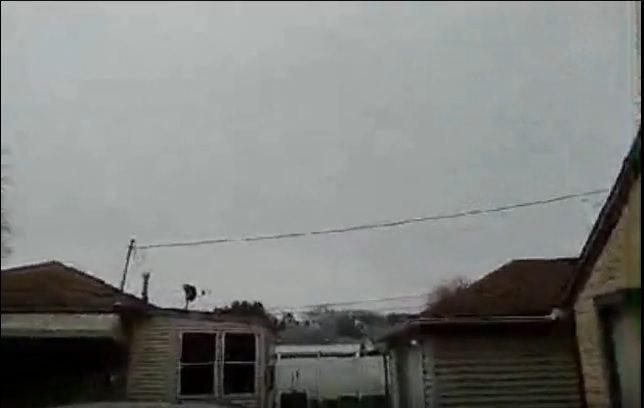 It seems lately Illinois has been right in the middle of a lot of strange things. There was a Loud Unexplained Boom Shook Homes in Northern Illinois on November 26th, then there were the strange cloud phenomenon over Illinois, (see image below) could there be a connection between the booms heard, the strange roaring noise and the strange could phenomenon? There were also many other reports around the US and around the world of unexplained booms around that time which also seem to be on the rise as the ending of this year is approaching. Can’t help but wonder if something big coming our way. 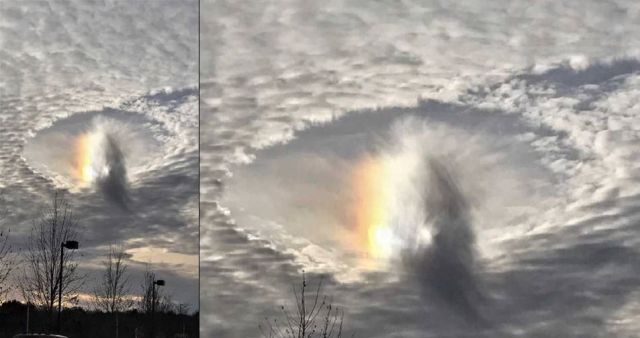 strange cloud phenomenon seen over Illinois in the US
Watch the video below and see if you have an idea what the ‘roaring noise’ could be.

via Splenoris Youtube Channel:
The video can be deceptive! I have more understanding of what I am hearing and seeing in other videos! Your comments are most welcomed! However, I can tell you for 100% accuracy as to what I am witnessing as the camera is recording!
It is a cloudy November day in 2017 along the Mississippi River Illinois/ Iowa border. There is very little wind, the trees are barely rustling so the noise is NOT wind although it occasionally sounds like a mighty wind very high up in the sky! NEVER heard this particular noise EVER before! Even though the camera may seems as if it is raining – it is NOT RAINING! Kind of sounded a tish like thunder but this noise was a continual noise for an hour!
It sounded for 5 – 7 minutes at a time then died down for just 1-2 minutes and was back just as loud as before. We could hear it out from the same direction but seemed to be louder just right, left then right over head. It was not moving far if at all. NO VARIATIONS as traffic, planes, jets, and way too loud for a plane to be that low and we did not see one thing! For an hour, no lights, shadows or planes.

After we heard this we looked online for other videos with jet such like noises in sky and no planes! THERE ARE A FEW videos of such occurrences of these noises over the Earth and years apart! WHO KNEW?
Splenorous – YouTube

Posts : 317
Join date : 2016-10-28
You sure do post a lot of videos about
unexplained lights and noises! I couldn't help but think of you when I came across this one. It cleverly combines your two favorite subjects; a strange noise and and flashing lights.