OUT OF MIND » PERCEPTUAL AWARENESS » THE SHIFT IN CONSCIOUSNESS » What is the “BUTTERFLY EFFECT”?

What is the “BUTTERFLY EFFECT”?

Did you know that the decisions you make today shape your future for tomorrow? Because no decision is an isolated choice, it is a chain of events.

The butterfly effect, a name and concept formulated by American meteorologist and mathematician Edward Norton Lorenz in the 1960s, is the theory that one small change in the starting condition of an event such as the flutter of an innocent butterfly soaring through the sky can have a dramatic effect on the outcome of an event, like cause a tornado on the other side of the world, or less drastic, cause a plane to experience turbulence.

Edward first popularized the butterfly effect after running weather forecasts through a computer using precise variables and realizing that just a minute alteration of any given calculation, such as wind speed, temperature, or humidity, caused a dramatic influence of the following two months worth of simulated weather predictions. But this is by no means just the case with the weather, but every single event, thought and outcome ever to have happened. 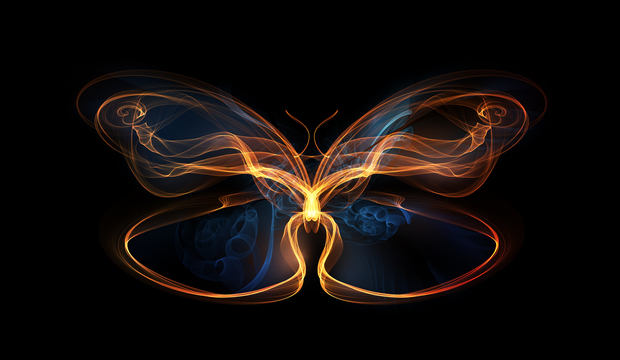 So, how can we relate and physically see this? Well, every single event in reality is the result of a past action, but there are some examples that will reminisce with all of us, because the actions started out so small it had such a devastating or positive outcome on all of our lives. Let’s take a look at a few of those examples.

World War 1 was an event that changed the course of all of our lives. But what if World War 1 never took place? That in theory could be equally as damaging, because another more devastating war may have broken out. But just what if? Well it’s been theorized that if somehow a war did not happen there of course would be no World War 2, no Hitler rising to power, no 60 plus million deaths and fast forward many years theory suggests there would be no tension with the Middle East, no Taliban and no Al-Qaeda just to name a few. But, many say World War 1 was destined to happen and they’re probably right.

World War 1 was a combination of many things, but it can be narrowed down to one small event that if altered, could have changed its course entirely. And that was the wrong turn and the stalling of a car, a car that was carrying the Archduke of Austria, Franz Ferdinand. You see on the morning of June the 28th 1914, Frances car was attacked with a grenade, which failed to hit its target but instead injured passengers of the car behind.

Later that day, Franz wanted to visit those wounded by the blast and whilst on route the driver of his car made a wrong turn down the street. Standing outside a car on this very street was 19 year-old Serbian Gavrilo Princip, one of the men involved in the attack on Franz that morning. He spotted the car had stalled whilst trying to turn around in the road ran over and shot Franz and his wife dead.

Had Franz not been assassinated, World War 1 would never have happened that way. It may not have been prevented, but it certainly would have started differently, potentially changing its outcome. All because a car took a wrong turn and stalled in the middle of the road.

Whilst on the subject of World Wars, you may have heard before that one pull of the trigger could have prevented World War 2 and the death of over 60 million people. Henry Tandey a British soldier allegedly bumped into Adolf Hitler in a French village in 1918, when a wounded Hitler walked into his line of fire.

But Henry decided against shooting him, before a young Adolf nodded at him and walked away. Had he shot him, Adolf would not have been the driving force behind World War 2 and it’s anyone’s guess what would have happened. World War 2 would have surely been different, and it may or may not have started, which may have been for better or for worse, because that would have had a knock-on effect on your ancestors who may never had met because of the fact World War 2 never took place, or had a different outcome thus resulting in you never being born.

But think about this! If Henry had pulled the trigger, although a war may have started, 60 million people may not have died. So just think, out of those 60 million who died, they could have gone on to have children, some of which could have been the next Einsteins or world-changing visionaries, all because one man decided against pulling the trigger.

This one is interesting and is quite popular, because if JFK had not been assassinated, who knows what the outcome that would have had on the United States? Well, what if it could be traced back to when he was around 20 years old, that if he had chosen to do something different on one certain day he would not have been killed all those years later. 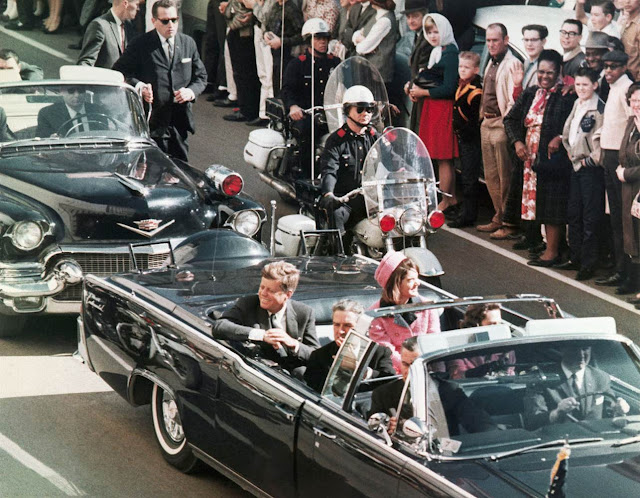 In 1940, 23 years before he was assassinated, he had an accident while playing sports which is thought to be the driving force behind his never-ending struggle with back pain. If not for the back pain, he would not have worn a back brace, if he had not been wearing a back brace on the day he was assassinated, he would have slumped or fallen after the first non-fatal shot hit him.

Instead he stayed upright because of his back brace, allowing his body to be positioned perfectly for a second shot. Many experts have all agreed if not for the back brace that was the result of years of low back pain, fuelled from this sporting accident many years previously, JFK would have been able to duck out the way out of the first shot and the second fatal shot wouldn’t have been feasible.

Take the handful of people who were late for work on the morning of 9/11 and the fact that Seth MacFarlane missed his flight because he was drunk the night before preventing him being killed that day which would have been the end of Family Guy and the millions of hours spent by people watching that show would have been spent doing something else, which would have resulted in a different outcome for those people. Take Elise O’Kane, a United Airlines flight attendant who entered an incorrect code into the computer when signing up for flights before 9/11, which in turn led to her not being on her original scheduled flight 175.

Take the fact the US space shuttle’s two side thruster rockets had to be made a smaller size due to the fact they pass through many tunnels during transport, tunnels which were made 2,000 years ago and were built at the time to just fit the width of two horses carrying a chariot. As someone put it, one of the most complicated and groundbreaking pieces of machinery in history had to be designed to fit around the decision made 2,000 years ago.

Take this and the hundreds of personal scenarios you can think of relating to events that happened in your life, and you wonder how things could have been different for better or for worse if one little piece was taken away.

However, we are all here to serve a purpose one way or another and we all seem to shape each other’s lives a lot more than we think. When you learn more about the butterfly effect you will soon come to realize that the minutes you have spent reading this has changed the outcome of your life and in turn the lives of millions of others because your actions today will be different. Some may be instant tiny things that will happen today or this week, but in time what happens today will have a snowball effect on the direction of your life which in turn can and will have a huge effect on everyone’s life around you.

But what does all this mean? Well, your life is precious and it is the result of billions of events that have led to your existence and the billions more that will become your future. So go after that project you’ve always wanted to. Ask that person out because 10 years down the line you may have started a family with them and never underestimate the tiny actions you make because they can have an enormous outcome on not only your life, but potentially the lives of so many people for years to come. So, if you ever thought your life doesn’t matter believe me it really does!

OUT OF MIND » PERCEPTUAL AWARENESS » THE SHIFT IN CONSCIOUSNESS » What is the “BUTTERFLY EFFECT”?