7 Next-Level Mind Hacks That Can Change Everything

7 Next-Level Mind Hacks That Can Change Everything 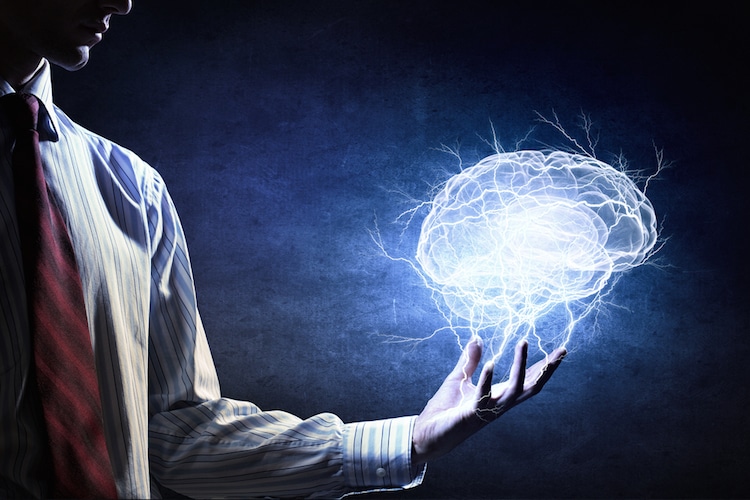 By Gary ‘Z’ McGee
“Talent hits a target no one else can hit. Genius hits a target no one else can see.” ~ Arthur Schopenhauer
You don’t have to be a genius to be creative, but you do have to be creative to be a genius. Similarly, you don’t have to be awesome to not suck, but you do have to not suck to be awesome. There seems to be a theme here. In order to be an awesome genius, or at least to strive to be one, we should endeavor to be more creative and to suck less. Easier said than done, sure. But as Baruch Spinoza said, “All things excellent are as difficult as they are rare.”
The following next-level mind hacks are tools we can use to leverage a little more creativity and a little less suckiness into our lives. As the great [url=https://www.amazon.com/gp/search/ref=as_li_qf_sp_sr_il_tl?ie=UTF8&tag=wakitime09-20&keywords=Ralph Waldo]Ralph Waldo Emerson[/url] said, “In the minds of geniuses, we find – once more – our own neglected thoughts.”


1. Alchemize it until You Actualize It

“To be human is necessarily to be a vulnerable risk-taker; to be a courageous human is to be good at it.” ~Jonathan Lear
This is a play on the phrase, “fake it until you make it.” But alchemize it until you actualize it goes deeper. Alchemy denotes a transformation. When we’re courageous in the face of fear, for example, we are practicing emotional alchemy. It’s less about faking it and more about being proactively engaged in a healthier way while still honoring our emotional state.
Imagine a firefighter standing outside of a burning building with a baby on the top floor. He would be a fool not to fear the inferno. Fear is the natural and proper response to a deadly situation, after all. But if he doesn’t act courageously despite the fear, then the baby dies. So, he must first feel the fear, but then act with courage, to do the right thing and save the baby.
This can be applied to almost any emotionally charged situation. Feel fear, act with courage. Feel road rage, act with humor. Feel grief, act with steadfastness. Feel jealousy, act with compersion. Feel insecure, act with confidence. The alchemical action is the thing. Confidence eventually begets brilliance.

“It is of the first order of importance to remember this, that the shaman is more than merely a sick man, or a madman; he is a sick man who has healed himself, who is cured, and who must shamanize in order to remain cured.” ~Terence McKenna
If we really want to live greatly, we must open ourselves up to being present to our wounds. The ability to have an authentic engagement with life takes the courage to face prior heartache and pain, and the ability to cultivate it and refine it into wisdom. Either way, the pain and heartache will be there. The question is whether we have the courage to face it and transform it into something that can refine our soul, or leave it and risk it eating away at our soul.
If we continue to ignore or repress it, it may fester and darken further into shadow energy. But if we learn to honor it for what it is, we engage in reconciliation that has the potential to transform our demons into diamonds: into robust, cutting-edge side-kicks that give us a streak of fierceness we can use to engage the world with resilience and confidence.
It’s akin to transforming stumbling blocks into steppingstones. A kind of Grecian Ataraxiamixed with a stoic optimism that launches us past complaining about what we can’t control and into a sacred space where we can be more proactive and engaged with what we cancontrol: our attitude toward suffering. As the Zen proverb states, “The obstacle is the path.”

“He is a sane man who can have tragedy in his heart and comedy in his head.” ~ G.K. Chesterton
Counting coup is a Native American act of courage referring to the winning of prestige in battle through the social leveling mechanism of shaming. A coup warrior is a person who wins prestige by uncommon acts of bravery in the face of fear. Danger and risk is required to count coup and it can be recorded by touching (shaming) an enemy in battle and then escaping unharmed.
For the purposes of this mind hack, counting coup is a metaphor for dangerously and humorously shocking ourselves and our fellow man into wakefulness by questioning ourselves to the nth degree. It’s a way of sneaking up on our fears and our certainties and giving them a little smack with our coup stick.
When we’re counting coup on ourselves, we’re counting coup on that which is unhealthy, shameful, and fearful within us. We’re counting coup on that which is rigid and dogmatic in our worldview. When we count coup on fear, sloth, narcissism and extremism, we do it so that vitality, courageous action and diversity can emerge; so that we can, like Thoreau said, “Live deliberately.”
The revolution begins at home. If you count coup on yourself again and again, you might earn the right to count coup on the rest of us. Indeed, with enough practice you might earn the right to count coup on enlightenment itself.

“The greatest and most important problems of life are all in a certain sense insoluble. They can never be solved, but only outgrown.” ~ Carl Jung
This is perhaps the most powerful mind hack on the list. Especially in a world that’s slowly closing in on itself due to rampant xenophobia and divisive paranoia. As David Kahneman said, “We can be blind to the obvious, and we are also blind to our blindness.” Counter-weltanschauung dynamics is a tool that helps us see through our indoctrinated blindness.
Weltanschauung is the German word for worldview. So how can countering our worldview help? It’s a way of questioning and broadening our perspective by first taking stock of our current worldview, through ruthless self-examination, and then entertaining the idea of an opposite. This way we might arrive at a more open-minded and empathetic understanding of the world and others.
The ultimate goal of counter-weltanschauung dynamics is to achieve a state of broad-mindedness akin to nature itself; to be able to look upon the world with holistic eyes. It’s a kind of empathic “metamorality” (Joshua Greene) recognizing that groups of people with conflicting ideals can still live together as long as freedom is maintained. Counter-weltanschauung dynamics resolves the conflict between people with different ideological dispositions by revealing that the futility of the human condition is that it is constantly changing and is never fixed.
Armed with this unique flavor of meta-moral empathy, the schism between nature and psyche and between self and other can be mended. There is perhaps no greater bridge than the ability to cross-culturally and cross-tribally put ourselves in someone else’s shoes and attempt to see things the way they do...
Source: The Mind Unleashed
Via Waking Times