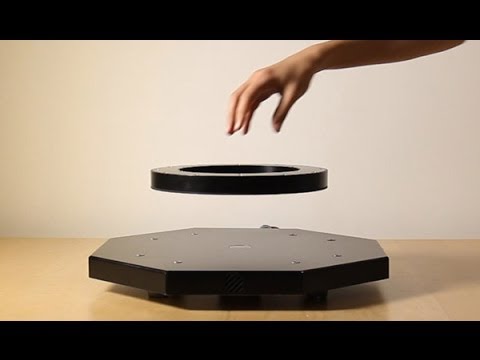 
Patreon: https://www.patreon.com/MysteryHistory Facebook: https://www.facebook.com/MysteryHisto... Twitter: https://twitter.com/Mysterytweetery Steemit: https://steemit.com/@mysteryhistory Alex Putney, over at human resonance.org, has, for a number of years now, been unravelling some rather startling secrets. Secrets surrounding Nikola Tesla’s free energy technologies, and the systematic suppression thereof, and seemingly deciphering a number of astounding ancient discoveries, all of which, strongly indicating once highly advanced knowledge of sound waves, resonance, and indeed levitation of extremely large weights. Coined as the, quote, “Piezoelectric Basins” by Alex himself, it seems he, along with a number of other researchers exhaustive efforts, have discovered some compelling and intriguing characteristics of many ancient ruins which litter most Egypt, dotted along the banks of the Nile. We have in the past, touched upon the possibility of sound resonance having been a factor in Edward Leedskalnin’s mysterious and secretive construction of Coral castle, which can be found within Florida. Many believe that Edward somehow unravelled the secrets to the pyramids, and in doing so, was able to recreate his own rudimentary resonance machine, enabling him to lift enormous weights with relative ease. As our knowledge of our environment and the mysteries of our ancestors deepens, especially regarding their once mystifying and astounding knowledge of construction, left to ruin in many areas of the world, accepted as having never had access to heavy machinery, we must look elsewhere for our answer as to how these weights were moved. As Putney puts it quote, “The many astoundingly beautiful monuments of the Giza plateau, especially along the Nile River, display a remarkably precise set of engineering specifications, designed specifically for psychoacoustic effects. indicates an ancient biorhythmic synchronization network once operated on a global scale. Preceding the Dynasties of the Pharaohs by several thousands of years, this global pyramid culture was a technologically advanced Sanskrit world nation, which employed these giant crystalline structures to synchronize the pineal, hypothalamus and pituitary glands with the human heartbeat, at temples and sacred sites worldwide.” End quote. An outspoken local wisdom-keeper of the Giza plateau, Egyptologist and tour-guide Abd'el Hakim Awyan, has brought very controversial but extremely compelling knowledge to bear, regarding profound implications of these astounding ancient constructions. Hakim's provocative commentary on the misconceptions of modern academics, was broadcast in The Pyramid Code, a documentary produced by Dr. Carmen Boulter, Professor at the University of Calgary: a documentary well worth investigation. reveals several insights, including the advanced nature of the psychoacoustic and biorhythmic effects of these ancient Sanskrit monuments, that he claims have all been falsely attributed to the 'Egyptian' civilization: part of his testimony is as follows, it must be noted that due to Abd'el’s intimate knowledge of the Giza plateau, he should undoubtedly be perceived as a reliable source of avenues for alternative, esoteric research. He claims that In 1936, while the Sphinx was still covered up to the neck in sand; there were tunnels he personally explored. Claiming that a crystal altar can be found, containing a round disc in the middle of four radial lines - a symbol of 'Hotep' - 'Hotep' meaning peace and food. This round disc was a lid on a shaft, about 180 feet deep to the level of the ocean where he claims there is still running water. These giant concave quartz instruments, nine of them were found around the area, and there is still quote “much more to be found…. http://www.human-resonance.org/levita...