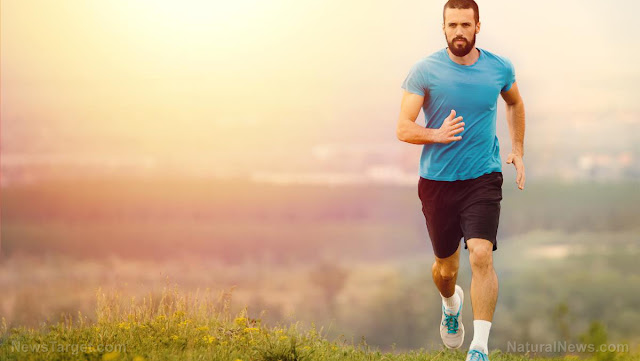 (Zoey Sky) Here’s one more reason to start hitting the gym: according to a study, even a single workout can help improve your brain health.

Based on a new review of the effects of acute exercise, researchers summarized both the behavioral and cognitive effects of a single bout of exercise and the data gathered from various neurophysiological and neurochemical studies in both humans and animals that illustrated the extensive range of brain changes that are caused by one session of physical activity.

Principal investigator Wendy A. Suzuki, Ph.D., Professor of Neural Science and Psychology in the Center for Neural Science, New York University, said, “Exercise interventions are currently being used to help address everything from cognitive impairments in normal aging, minimal cognitive impairment (MCI), and Alzheimer’s disease to motor deficits in Parkinson’s disease and mood states in depression.” She explained that their review can help identify the neural mechanisms and pathways through which exercise can produce these “clinically relevant effects.”

The researchers outlined a large and expanding body of research, which observed that various changes that occur at the “cognitive/behavioral, neurophysiological, and neurochemical levels” following one round of physical exercise in both humans and animals. The group of scientists studied brain imaging and electrophysiological studies, along with electroencephalography (EEG), functional magnetic resonance imaging (fMRI), functional near-infrared spectroscopy (fNIRS), and transcranial magnetic stimulation (TMS).

They then reviewed neurochemical studies, such as “lactate, glutamate, and glutamine metabolism, effects on the hypothalamic-pituitary- adrenal (HPA) axis through cortisol secretion, and neurotrophins such as brain-derived neurotrophic factor (BDNF), insulin-like growth factor 1 (IGF-1), and vascular endothelial growth factor (VEGF).”

The team also reviewed the neurotransmitter studies of monoamines (dopamine, serotonin, epinephrine, and norepinephrine), acetylcholine, glutamate and gamma-aminobutyric acid (GABA), along with neuromodulators such as endogenous opioids and endocannabinoids.

After the team’s comprehensive study, they reported three main observations. First, that the most consistent behavioral changes caused by acute exercise are better executive function, enhanced mood, and minimized stress levels. Second, neurophysiological and neurochemical changes that are recorded after acute exercise reveal that widespread brain areas and brain systems are activated. Third, one of the biggest unanswered questions in this area is the connection between the central neurochemical changes following acute exercise, that have mainly been studied in rodents, and the behavioral changes noted after acute exercise observed in humans. Hopefully, future studies will be able to bridge this gap.

Co-author Julia C. Basso, Ph.D., post-doctoral research fellow, Center for Neural Science at New York University, concluded that thanks to the studies presented in this review, we now know that acute exercise has “profound effects on brain chemistry and physiology.” She added that the results of the review has significant ramifications for “cognitive enhancements in healthy populations and symptom remediation in clinical populations.”
Exercise tips for beginners

If you wish to start exercising to improve your overall health, remember the workout tipslisted below:

You can learn more about how to be active and get in shape at Slender.news.