Mysterious Interstellar Object ‘Oumuamua’ to be Examined for Signs of Alien Technology Tue Dec 12, 2017 11:48 am 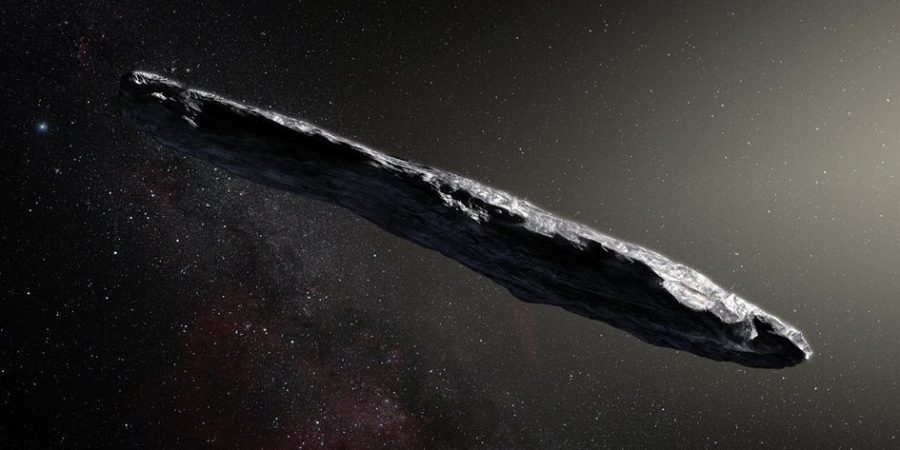 Mysterious Interstellar Object ‘Oumuamua’ to be Examined for Signs of Alien Technology
December 12, 2017

Remember the mysterious interstellar traveler ‘Oumuamua’ (First Recorded Interstellar Asteroid ‘Oumuamua Looks Like Nothing Observed Before)… Well now they are planning to take a closer look at it, basically scanning it for alien technology.
Guys, I just wanted to say: 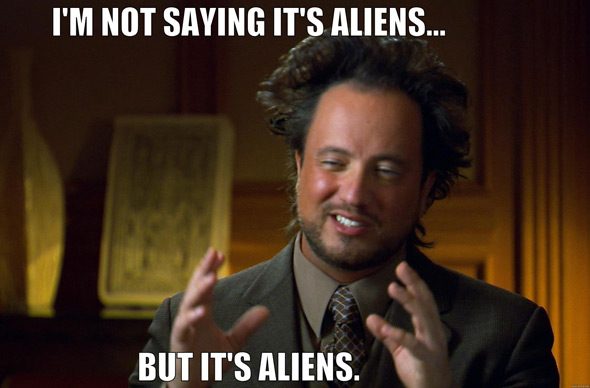 via RT:
A mysterious large object that has come from a different star system is to be examined by one of the world’s biggest telescopes for signs of alien technology.
The Green Bank telescope will examine a mysterious object speeding through our solar system to check for signs of alien signals. The observation begins Wednesday and will be carried out by Breakthrough Listen, a global astronomical program searching for evidence of other civilizations.
The cigar-shaped body was first spotted in the solar system by researchers on the Pan-Starrs telescope in Hawaii in October, Breakthrough Listen reports. Named ‘Oumuamua after the Hawaiian word for “messenger,” it sped from interstellar space going as fast as 196,000 mph (315,000 kph) as it went past the sun.
“’Oumuamua’s presence within our solar system affords Breakthrough Listen an opportunity to reach unprecedented sensitivities to possible artificial transmitters and demonstrate our ability to track nearby, fast-moving objects,” said Andrew Siemion, Director of Berkeley SETI Research Center. “Whether this object turns out to be artificial or natural, it’s a great target for [Breakthrough] Listen.”
“Most likely it is of natural origin, but because it is so peculiar, we would like to check if it has any sign of artificial origin, such as radio emissions,” Avi Loeb, professor of astronomy at Harvard University and an adviser to the Breakthrough Listen project told the Guardian. “If we do detect a signal that appears artificial in origin, we’ll know immediately.”
The telescope, which is located in West Virginia, will listen for radio signals from ‘Oumuamua across four different radio transmission bands. The powerful telescope can pick up signals as small as those that come from a mobile phone. ‘Oumuamua is located twice as far from Earth as the sun.
The 400 meter-long celestial body is ten times longer than it is wide, and was thought to be an interstellar asteroid by many astronomers, but its shape is unlike anything seen before.
The Breakthrough Listen project was launched by Stephen Hawking in 2015 and is funded by Russian billionaire Yuri Milner. It aims to listen for radio signals coming from potential other civilisations outside our solar system.
RT

Re: Mysterious Interstellar Object ‘Oumuamua’ to be Examined for Signs of Alien Technology Tue Dec 12, 2017 12:06 pm