In 1753, a Scottish surgeon by the name of James Lind proved that scurvy could be effectively cured with citrus juice. By drinking plenty of lemonade over the course of a two-week long treatment, his patients would fully recover from the fatigue, sores and bleeding typically inflicted by this malady, which was formerly thought to be caused by poor digestion and unclean water (when the real culprit was a simple deficiency in vitamin C).

Until that discovery, the debilitating and often fatal disease limited the ability of seafaring vessels to travel long distances. But after Lind’s popularization of a cure, sailors learned to effectively prevent scurvy by packing barrels of lemon juice and fresh limes for their travels. Today, the disease is so rare as to be almost unheard of, but British sailors retain the nickname limeys, which dates back to their adoption of the practice. 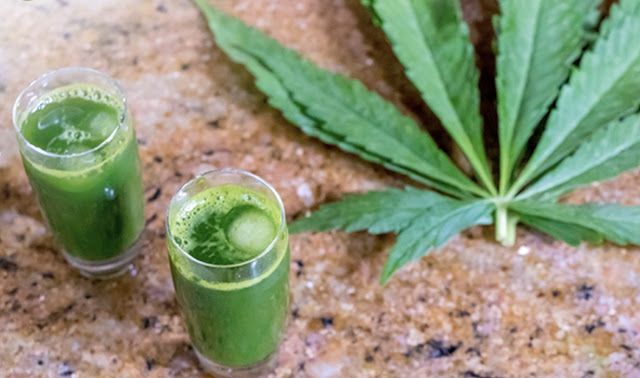 Meanwhile, often derided as a marketing term without scientific basis, the label “superfood” indeed has no legal definition, but according to the Macmillan Dictionary it can be applied to any food that’s “considered to be very good for your health and that may even help some medical conditions.” And so, because vitamin C is found in large quantities in citrus fruits—oranges, lemons and limes can be considered superfoods.

You are what you eat, after all, and foods like kale, sweet potatoes, blueberries and wild salmon provide essential macro- and micro-nutrients that the human body requires for health. Superfoods confer increased vitality and allow humans to fully thrive, along with preventing or treating diseases.

For example, broccoli has widely touted anti-cancer properties, while salmon provides Omega-3 fatty acids that protect your heart, and blueberries arrive packed with antioxidants and phytoflavinoids that prevent inflammation and can help prevent cancer and heart disease.

Now imagine that all around the world, millions of people are suffering from a modern-day version of scurvy—that is, an easily treatable condition caused by a lack of essential nutrition. Only in this case, the missing dietary element is cannabis, or more specifically cannabinoids, a set of incredibly medicinal compounds found primarily in the marijuana plant.

All humans have what’s called an endocannabinoid system, comprised of receptors that fit these cannabinoids like a lock fits a key, and this endocannabinoid system regulates many vital systems in the body—including respiratory, circulatory and neurological. Which means, if that system malfunctions and cannabinoids are not brought into the body from the outside (by smoking/vaping/eating cannabis) to return it to balance, the negative consequences can be severe, or even life-threatening.

Dr. Ethan Russo first articulated this idea of “clinical endocannabinoid deficiency” (CECD) in a 2004 scientific paper, describing a condition that contributes to high levels of cancer and degenerative diseases, such as Alzheimer’s, inflammatory bowel disease, multiple sclerosis, Parkinson’s and rheumatoid arthritis. With the research to back it up, he’s basically claiming that a lack of cannabis can be the underlying cause of these and many other potentially deadly conditions.

Now imagine that the preventative cure for all of these painful, heartbreaking outcomes could lie in the cannabis plant being widely used as a dietary supplement, much as lemons and limes ended scurvy over two hundred years ago.

After all, if CECD is caused when the body doesn’t produce enough endocannabinoids on its own, and this lack of endogenous cannabinoids can be corrected by adding cannabis from herbal sources, such a simple dietary supplement could save untold lives and relieve immeasurable suffering.

And so, much like James Lind and his studies into the effect of vitamin C on scurvy, Russo is currently pioneering research into one of the least understood, but probably most important, superfoods on the planet. One significant difference in their research? Oranges and limes aren’t a Schedule 1 narcotic that can get you thrown in jail for years.

That legal status has been a serious impediment to proper research on cannabis’s nutritional and medicinal value, but it hasn’t stopped other physicians from picking up on Russo’s lead.

An outspoken advocate for juicing raw cannabis leaves as a dietary supplement, Dr. William Courtney popularized the practice amongst growers in Northern California. Currently in the midst of setting up a juicing retreat center in the Caribbean, Courtney writes that “akin to Essential Fatty Acids and Essential Amino Acids, there needs to be Minimum Daily Requirements established to guide worldwide adoption of raw cannabis as the single most important dietary element.”

While juicing raw cannabis is not psychoactive, it does allow for much of the plant’s medicinal benefits to be absorbed by the body. However, for many patients, sourcing an adequate amount of fresh cannabis leaves for juicing purposes can be troublesome. So Courtney and a growing chorus of other activists continue to agitate for the right to use cannabis in any amount necessary, much as any other vegetable.

Because along with its botanical cousin hemp, it seems that cannabis is a superfood in its own right, conferring superb health benefits, anti-inflammatory action and the power to prevent and treat diseases, along with many relaxing and rejuvenating qualities. In this sense, we can consider cannabis as another tool in our arsenal along with blue-green algae, maca, yacon, ginseng, cacao, matcha and other health-positive superfoods that help us reach our full, vibrant, active potential.

Fortunately, while all-too-many cannabis-infused edibles manufacturers continue to flood the market with sugary sweets, an increasing number of progressive companies recognize the plant’s unique medicinal benefits and have devoted themselves to creating cannabis-infused foods that combine cannabis with other superfood ingredients for maximum healing and supreme vitality.

Heather Hoffman, co-founder and chief medical officer at Pura Vida Health, is a radiant young woman who studied holistic nutrition at the Canadian Institute of Natural Nutrition. When meeting her, it’s hard to imagine that she struggled mightily with epilepsy throughout her youth, but the condition is currently non-existent.

“Since I tried cannabis, I have not had a seizure,” Hoffman said. “It’s been five years, and I consider myself cured.”

Pura Vida creates power bars and granolas that pair ganja with other healthful ingredients, including papaya extract, oats and almonds, a blend that Hoffman believes “helps the body better utilize cannabis.” Available in over 100 California dispensaries, Pura Vida products use coconut oil, which “acts as a platform for cannabis to help the body absorb it, so people report getting higher quicker and feeling more of an impact.”

Hoffman said that while it can be tough to get healthy options on the shelves of dispensaries, if “we want cannabis to be what it truly is—a healing medicine—then we have a responsibility to actually do that,” and greater education is necessary so patients understand that nutritious cannabis-infused foods exist.

“It’s best to not give cancer patients a chocolate bar,” she explained. “Corn syrup and sugars aren’t medicine.”

It’s a viewpoint shared by Ezra Malmuth, founder of the Sababa Snacks Collective and also a graduate of the culinary nutrition program at Johnson & Wales University. While assisting a friend’s father who was suffering from stage 4 cancer, Malmuth found that a lot of the cannabis edibles he was eating “were not health conscious, had a lot of sugar and calories and didn’t taste great.” Determined to find a better way, Malmuth began combining superfood ingredients into “clusters,” small, bite-size morsels of dried fruit, nuts, spices and herbs.

“It was like an oatmeal cookie meets a granola bar,” Malmuth explained. “And it was delicious while providing the medicine that he needed.”

Sababa Snacks went on to capture a second place award for their Caramel Cashew Apricot clusters at the 2016 Nor-Cal Cannabis Cup, a win Malmuth attributes to “people who understand the value of wholesome food being attracted to this product.”

When selecting ingredients to pair with the 25 milligram dose of THC per cluster, Malmuth chose to create “an inherent offering to the body,” mixing oats and nuts to provide protein and dried fruit to provide carbohydrates, making a combination of macro-nutrients that supports the metabolic process. Favored as an athletic recovery snack, these clusters help long-distance runners “eliminate the inflammatory response to exercise,” Malmuth said, “while optimizing performance.”

Joseph Winke, founder of Jambo Superfoods, has always treated cannabis as an essential vitamin, mixing it into new versions of traditional healing foods, such as the company’s bestselling “Daily Ritual,” a unique blend of THC combined with medium chain triglyceride (MCT) oil and ghee from grass-fed cows. The resulting super-butter is meant to be enjoyed with morning coffee in the Bulletproof-style, or simply spread onto bread or used in cooking.

Winke champions the use of MCT oil, a type of coconut oil that is liquid at room temperature, explaining that this form of fat is especially bioavailable, so the “body is able to easily process these fats, so you get a really good uptake,” making the THC more effective.

“We use actual food that the body knows how to metabolize,” Winke explained. “Not high fructose corn syrup, artificial flavoring, or whey protein isolates…humans perform better when we have an abundance of cannabinoids.”

Much like how we perform better when we have vitamin C, antioxidants and essential amino acids available in our diets.

So remember, when we fight to free the cannabis plant, we’re fighting for our lives!