OUT OF MIND » EARTH AWARENESS » NEW TECH FOR A HEALTHY PLANET » Turning heat into electricity: Engineers are working on technology that will harvest clean energy from pavement

Turning heat into electricity: Engineers are working on technology that will harvest clean energy from pavement

Turning heat into electricity: Engineers are working on technology that will harvest clean energy from pavement on Sat Dec 16, 2017 5:20 pm


Turning heat into electricity: Engineers are working on technology that will harvest clean energy from pavement
by Zoey Sky, published on Natural News, on December 12, 2017 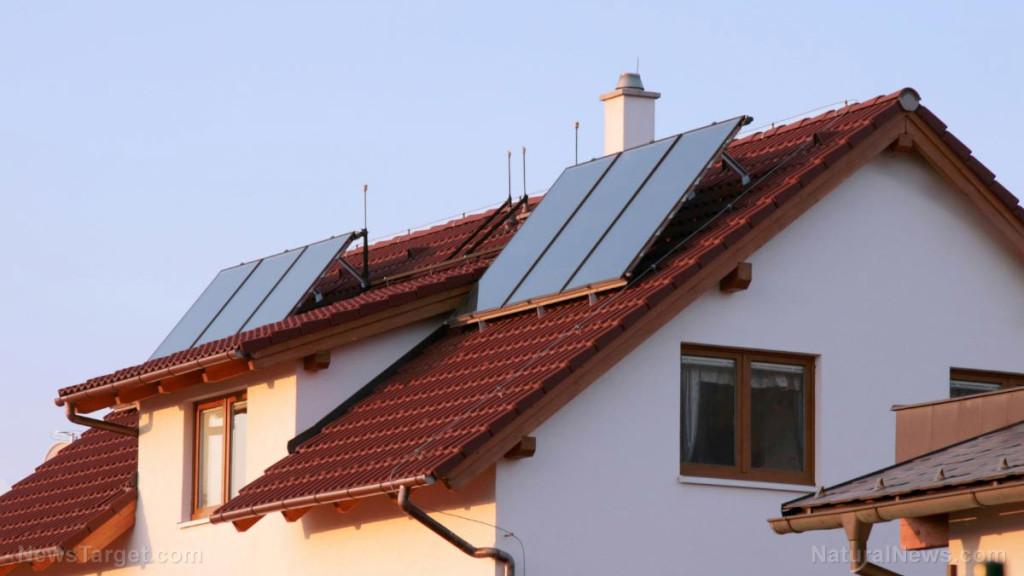 (Natural News ) While solar energy is a clean source of energy, not everyone can afford the often expensive installation costs. Now, a recent article has revealed that we might soon be able to harness solar energy from hot pavements .
Samer Dessouky, a professor of civil and environmental engineering at The University of Texas at San Antonio, received $298,000 via the Strategic Alliance between the Texas Sustainable Energy Research Institute  (UTSA) and CPS Energy, which was established in 2010. Dessouky will use the funding to study how to generate power from hot pavements.
The professor aims to improve a technology that he developed with his team which converts heat from paved surfaces into electricity. This technology can be used on paved areas like freeways, airport runways and parking lots to generate electricity. This electricity can then be used in rural areas to provide power for signage and data collection systems, eliminating the need for the electric grid. (Related: Solar cell breakthrough could DOUBLE energy capture efficiency to over 40% .)
According to Dessouky, the spaces occupied by pavements are significantly hotter than green spaces, since they absorb heat while green spaces are cooler. In 2016, Dessouky et al. started working on a thermal energy-harvesting system. Dessouky and his team then tested this system by installing several prototypes by the Concrete Laboratory on the west side of the UTSA Main Campus. With Dessouky’s system, power was collected from the temperature differential between the pavement’s surface and the lower temperature further into the soil. With CPS Energy’s support, the project will enable Dessouky and his team to improve the system.
Dessouky uses drones to map out the areas in large landscapes like airports and universities, “where heat is most concentrated.” This helps Dessouky et al. to locate the best places to implement the revolutionary technology.
Dessouky shared, “Since airports consist of large areas of concrete pavement, they’re ideal for this kind of technology.” He continued, “In a blackout, this could be used as a back-up source of power for illuminating LED at runways and taxiways or could be used as the sole means of lighting rural civilian airport runways.”
Early in 2017, Dessouky and his collaborator A.T. Papagiannakis, McDermott Professor of Civil and Environmental Engineering, and their graduate student Utpal Datta won first place in the Innovation Competition of the American Society of Civil Engineers. The team also won second place in the Airport Cooperative Research Program University Design Competition for their ingenious technology.
Dessouky thinks that the technology can give “uncongested, rural areas” access to other power sources. He is also looking into how his technology can be used to improve UTSA’s own campuses, which has many green spaces along with concrete structures and several asphalt parking lots that absorb a great amount of heat. Both are perfect for the technology that he is currently trying to improve.
Dessouky said, “By using that natural source of heat, you’re actually aiding the planet.” He concluded, “In reducing our use of fossil fuels for powering the grids and taking advantage of renewable energy resources, we are moving toward a cleaner planet.”

Easy ways to use solar energy

If you are looking for easy tips to use solar energy , check out the list below:

You can read more articles about how to use technology wisely at FutureScienceNews.com .
Sources include:
NanoWerk.com
IECE.org

OUT OF MIND » EARTH AWARENESS » NEW TECH FOR A HEALTHY PLANET » Turning heat into electricity: Engineers are working on technology that will harvest clean energy from pavement