As of 2017, there were an estimated 4.77 billion cellphones in use around the planet out of a population of roughly 7.6 billion. And while most users hail the technological advancement these and other wireless devices offer, a new film called “Generation Zapped” examines the huge health risks to humans posed by wireless technology.

Prior to 1984, wireless tech was used primarily by the military, but after that date, it was introduced to the civilian market (remember the first cell phones, those big, brick-like monsters?). However, the technology was brought to the market without any prior safety testing, experts in the film noted.

When humans evolved on earth there was no microwave radiation, save for a very small amount. But what has been added as of today is a billion times more than ever existed on the planet, experts noted. 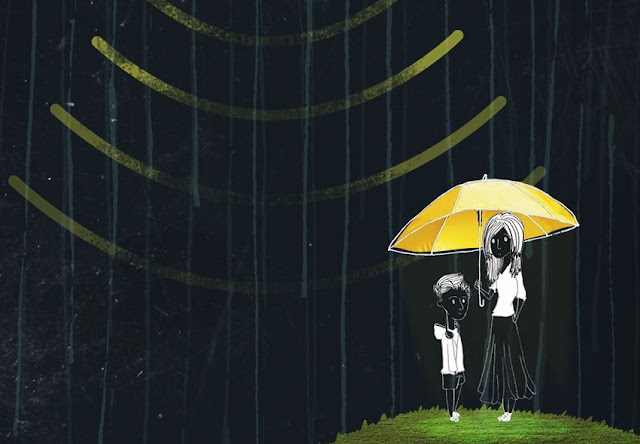 So while microwave radiation caused by wireless technology is invisible, it is nonetheless a major environmental pollutant and a huge health hazard, the film says.

Thus far, regulatory agencies have said that exposure to non-ionizing radiation such as radio frequencies is safe but only for short periods of time. However, increased exposure can become a health hazard, and have “dangerous biological effects,” notes the film.

The documentary goes on to say that a growing body of research suggests wireless devices like cell phones can cause cancers in some people, and that additional exposure as bandwidth grows and wireless technology (and signals) expand, the health risks grow as well.

As evidence, it cites some women who became accustomed to sticking their cellphones in their bras as a matter of convenience who would later develop breast cancer.

“I was diagnosed with five tumors pretty much in the footprint where the phone used to sit” above her right breast, one survivor testified.

The patient’s surgical oncologist, Dr. John West, told the film’s producers that prior to his patient’s case, he was not much concerned about budding evidence of cancers connected to cellphone placement. But afterward, he said the case “kind of opened my mind.”

“It didn’t convince me there was a problem but I remember sitting [and very clearly looking at her [x-ray] slides with a pathologist. And I said, ‘Well, how many tumors are there in this breast?’ And she said, ‘Well, there’s basically three predominant tumors.’”

However, on further examination, they discovered there were five cancers in all and that they extended in a “very unusual pattern.”

West said he then remembered his patient telling him where she kept her cell phone and asking if that could be a problem.

Other experts interviewed for the documentary said that the best evidence researchers have thus far of radio frequency toxicity is the fact that cancer rates are increasing.

Of course, the wireless industry is denying any link. But experts noted further that there are cancer registries in place that track new cancers in children and adults where increases are being documented. The problem, they say, is that it likely will take years before researchers are able to definitively link cellphone placement on your body and cancer rates like scientists managed to link smoking to cancer (which also took years and was also opposed by the tobacco industry).

What’s also damaging our bodies is the fact that all cell phones and Internet connections are tied together by a network of cell towers and other infrastructure, meaning there is no getting away from the signals.

As to the wireless industry, it positioned itself to be able to influence (to its advantage) any legislative, regulatory, or scientific efforts to expose the dangers of microwave radiation emitted by cellphones, Internet devices and other devices, the film notes.

Learn more about the documentary film Generation Zapped. And read more about EMF pollution at EMF.news.

J.D. Heyes is also editor-in-chief of The National Sentinel.