OUT OF MIND » TRUTH IN CONSPIRACY THEORIES? » HISTORIES MYSTERIES » The Ritual Sacrifice of King Tutankhamen and the Royal Seal 9-23 Observation 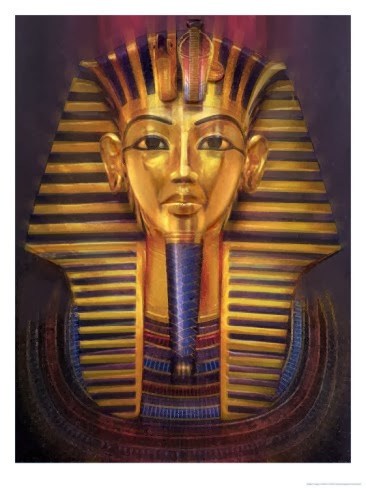 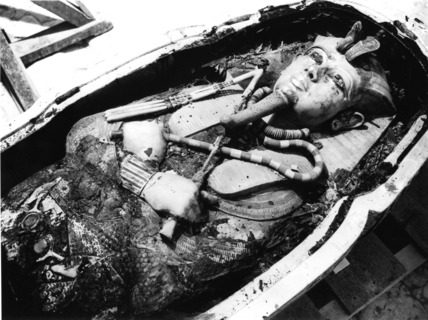 
This report shows and discusses the relevant 9-23 and 9-24 ritual time code, contained in the image of King Tut's burial chamber and the Royal Rope Seal, that secured the doors for over 3,245 yrs. While more code is also present in the date of the Royal Seal being broken, there is also ample evidence to show the relevant code in elements of King Tut's life, up until the young King Tut was suspected of being murdered, by his Chief vizier, Aye, in order to assume power and rule over Egypt. Background Sources and Links: King Tutankhamen https://www.farhorizons.com/our-tour-... https://en.wikipedia.org/wiki/Tutankh... https://www.kirkusreviews.com/book-re... The young King Tutankhamen (reigned 1333—23 b.c.) and was suspected of being murdered by his chief vizier, Aye. A scion of the 18th Dynasty, Tutankhamen was the son of the great king Akhenaten, the monotheist who sought to destroy Egypt’s traditional polytheistic religion. Succeeding to the throne as a child, Tutankhamen allowed the regent, Aye, to make the practical decisions of governance until he achieved adulthood. The traditional religion was restored, Akhenaten’s memory was disgraced, and his religious innovation was branded a heresy. https://rarehistoricalphotos.com/unbr... Seal (Photo credit: Harry Burton, Griffith Institute, Oxford, National Geographic Society). This Royal Rope Seal was actually a seal to King Tut’s fifth shrine. The king was buried in a series of four sarcophagi, which were in turn kept inside a series of five shrines. This unbroken seal stayed 3,245 years untouched. The late discovery of Tut’s tomb resulted from the fact that it was covered by debris from that of Ramses IV which was located directly above its entrance. Music: Nail Biter by RIOT, Courtesy of You Tube Audio Library FAIR USE NOTICE: This video contains copyrighted material. The use of which has not always been specifically authorized by the copyright owners. I am making such material available in an effort to educate and advance understanding of the content contained in the film selection & musical accompaniment. This constitutes a "fair use" of any such copyrighted material as provided for in section 107 of the US Copyright Law, in accordance with Title 17 U.S.C. Section 107. The material in this video is distributed without profit and is for informational, research, and educational purposes only. For more information go to: http://www.law.cornell.edu/uscode/17/..

OUT OF MIND » TRUTH IN CONSPIRACY THEORIES? » HISTORIES MYSTERIES » The Ritual Sacrifice of King Tutankhamen and the Royal Seal 9-23 Observation