Yesterday at 9:56 pm by PurpleSkyz 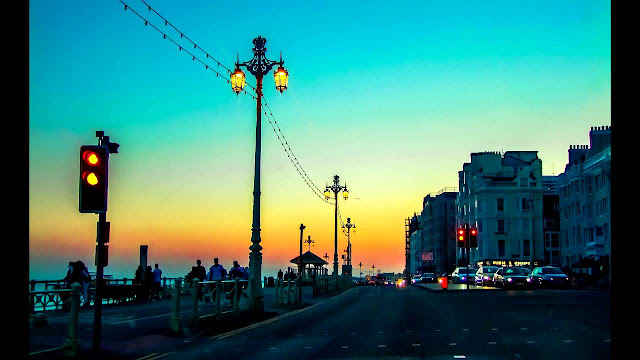 After much self examination I have decided to delete the American Kabuki blog and its derivative blog Sphere Alliance Messages.

My early work publishing certain channelings and articles about RV's and Global Currency resets hasn't resonated since 2014 for me.  But there were over 4000 articles and its difficult to weed out the wheat from the chafe.  But they continued to be referenced by other blogs promoting views I have not believed for a very long time. That work began as a search for answers, and I found many.

I have long noticed that authors who write books become ossified over time in their beliefs because of the need to protect their income flow.   Income flow from these blogs is not an issue for me, the  financial war on alternative media has made Google Ad revenue of no consequence and I will be removing all google ads that remain from Terran Cognito.  And this is perhaps a blessing for me, I can just let go of the old... as my income has shifted to donations.

Heather's documents are all well backed up by me and on other web sites including her own web site so there's no danger of those disappearing.  They are out in the public record in the court systems where they need to be.

The work I did from 2015 forward with the Sphere Alliance has issues and inaccuracies.  Issues that now pose a problem for my continued growth, and for those Pleiadians, Andromedans and Orian of the Sphere Alliance that I love so dearly.  They have had their own perceptions and perspectives that initially were just as off as the earth based ones.  But they have learned very fast.... yet my record of all that was inaccurate remained. It was never intended to be a burden to them and should not be a hindrance to their becoming the ALL, as we all become ALL THAT IS in our awareness and our reunion with them, for they are US.

I don't resonate to some people on earth who consider themselves "Galactic Historians", their data is even worse than mine, and mixes much Earth legend into in the same way syncretic religions over time have borrowed beliefs from prior religions.  I can't do much about them. That's their issue to deal with, and they will have to deal with it when all the facts become known.  I hope they have a good sense of humor.

I don't resonate with the Law of One, and some efforts now to link that to a small faction of ETs of the Blue Avian variety.  The Law of One, is an oblique reference not to unity and oneness, but to a being who goes by the name of "One" and sometimes presumes to be "Prime Creator".   It is not what it purports to be by reference or presumption although it too is an aspect of Source working out its own issues like the rest of us.  Send it love.

I don't resonate with the Urantia book, which is the secret "bible" of many in the banking world.   Its complexity is so mind boggling in its hierarchies as to be mind numbing.  But it is not WHAT IS.  There is no hierarchy in Source.  The bankers are being dealt with in pure love.

I will continue to talk with the Sphere Alliance going forward, but I am going to release what has become an iron ball and chain on my legs to future growth.

I am doing what I did when I left Christianity, releasing the old, even though I don't quite yet know what I will replace it with... but I trust that in a maxim that I used back then, "The beginning of knowledge is knowing what you don't know."

So I will stand naked in this moment, with a blank slate, because the Galactics are about to be known to all, and you will be able to determine for yourself from an awakened awareness what is true and valid with a fresh perspective.   This also releases the Galactics from past statements that I recorded were usually made with pure intent, but came from a perception that was not then yet fully aware of WHAT IS.

My humble apologies to those I have angered, harmed, or unintentinally misdirected with what I have posted.  It was not my intention.   There is only the ALL of Source and its ALL ONE.   Forgive me.  I love you all.

I will continue to work with Heather as I can and as it flows.   That work has never been in doubt on my part.