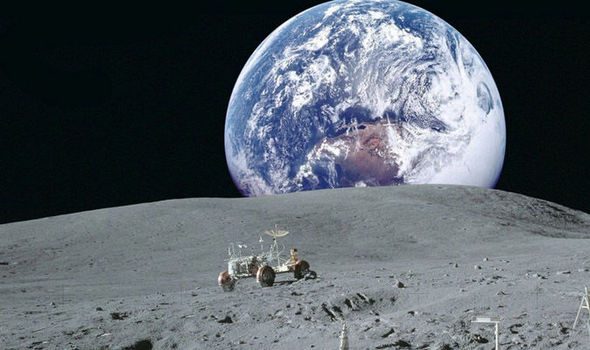 YouTuber Alleges to Have Finally ‘Nailed the TRUTH’ About Whether NASA Went to the Moon
December 18, 2017

Did NASA actually go to the Moon?
It has been one of the world’s biggest conspiracy theories and speculation and theories abound about why anomalies in NASA photographs prove they must have been taken in a studio on Earth, before the world was duped in July 1969.
The 48th anniversary of Neil Armstrong’s first steps on the lunar surface took place in July, but many conspiracy theorists across the globe remain convinced it was the biggest cover up of all time.
Moon hoax conspiracy theorists say a desperate US President John F Kennedy, who wanted to beat the Russians in the space race to the Moon, ordered the production of a series of films in top-secret studios to make it look like NASA astronauts made it to the lunar surface.
However, one YouTube video claims to have debunked the “fake lunar landings” conspiracy theorists once and for all.
The Moon landings conspiracy theories have been branded “fake” in the video which claims to debunk the speculation.
It was made by YouTuber BertieSlack whose about section says: “Debunking the moon hoax theory, and laughing at conspiracy theorists.”
In the video entitled “Moon Hoax Theory dead – killed by rabbit!”, the debunker uses footage taken by China’s Chang’e 3 unmanned Moon mission.
One of the main arguments from Moon hoax theorists is that there were no stars seen in NASA Apollo mission Moon images, and there should have been, so they must have been a studio oversight.
However, the video compared pictures taken by the Chinese mission to the NASA originals, and both had a jet black sky without a single star.
The video narrator said: “It all started to go wrong for the hoax nuts as soon as Chang’e 3 sent back its first pictures.”
He said it was not the striking similarity between the images to those taken by Neil Armstromg, but the “complete absence of stars in the lunar sky”, in both sets. 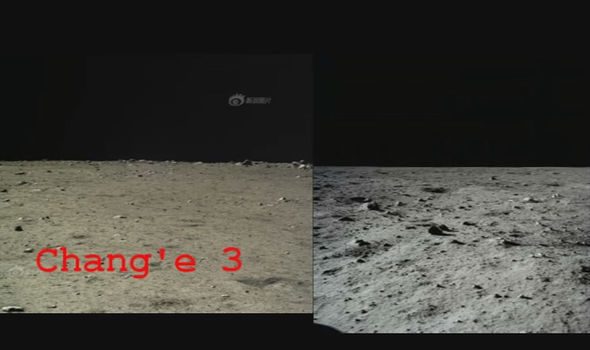 WOT NO STARS: the video shows there were no stars either in images sent back from Chang’e 3.

He adds: “But the wheels really stated to come off when the lander deployed the U2 rover – multiple strands of the Moon hoax theory were instantly busted.
“The rover made nice sharp tracks in the dry Moon dust… the hoax nuts told us this was only possible in wet material in a studio on Earth.”
Another claim made by hoax theorists is that classic images of Buzz Aldrin, lit up seemingly from the down sun end of the Moon, would not have been possible to take naturally, and must have needed “secondary light” from a studio.
The narrator added: “Here the Chinese rover in the down sun is clearly lit by sunlight reflected back off the lunar sauce to the source.
“The wheels down in the shadow do not get much light, just like Buzz’s boots.”
At the heart of the theory are claims that the radioactive Van Allen belt around Earth would have been lethal to fly through.
One of the top moon hoax conspiracy theorists is Marcus Allen, the publisher of alternative news bi-monthly magazine Nexus, which is sold in around 100 countries, who has challenged NASA to prove it did land on the Moon.
In July, at the 27th annual Glastonbury Symposium, an annual conference dedicated to the paranormal, conspiracy theories, alternative thought, and new age philosophies, Mr Allen said: “I don’t believe man landed on the moon. If NASA or anyone else can prove it, I am waiting to hear, because I can’t work it out.
JON AUSTIN
Express UK

But just FYI, this video itself was then allegedly debunked’
here is that video:

»  NASA Finally Reveals the Truth About Fake Moon Landings
» NASA ‘Whistleblower’ Alleges Space Agency Doctored UFOs Out of Moon Images
» ABSOLUTE PROOF - I NAILED THE ORGANIZATION RESPONSIBLE FOR CONTROLLING THE TRUTH MOVEMENT
»  THE UNSOLICITED OPINION w/ Maggie Roddin...on the truth .... ...the Sun is Cooling...NASA Scientist is Speaking the TRUTH!!
» The Dark Side Of The Moon Astronaut Reports Of Music And The Truth Behind The Moon Landings