OUT OF MIND » THE INSANITY OF REALITY » POISON PLANET » No, Nestle, You Do NOT Have the Right to Withdraw All That Water from a National Forest

No, Nestle, You Do NOT Have the Right to Withdraw All That Water from a National Forest 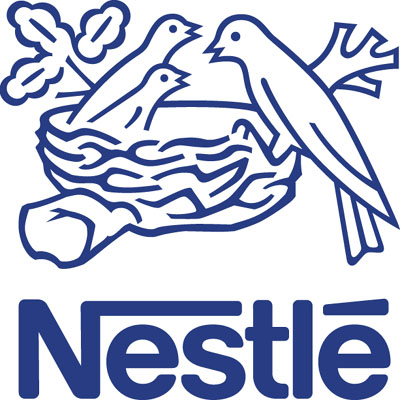 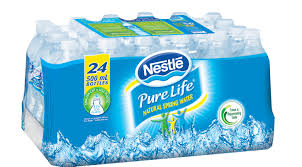 To the consternation of the company drawing millions of gallons of water every year from deep inside the San Bernardino National Forest for a mere $524, the California State Water Resources Control Board slammed Nestlé with a notification at least three-quarters of its brutally contentious operation — the extracted water of which fills Arrowhead Mountain Spring Water disposable bottles — isn’t operating under the appropriate permits.
“A significant portion of the water currently diverted by Nestle appears to be diverted without a valid basis of right,” the board found after conducting an investigation.
In fact, it is that basis of right which, albeit implausibly, allowed Nestlé to feign sovereignty over water drawn from Arrowhead Springs since before the turn of the last century — but that claim has been the subject of bitter disputation between the company and activists, since a report by Ian James for the Desert Sun found, in actuality, the permit ostensively granting this permission had expired.
In 1988.
Anti-Media, spurred by James’ report, conducted its own investigation into the matter, and discovered decades of dead-ends, questionable paperwork, and ex-U.S. Forest Service employees questioning not only the mega-corporation’s premise of right to the water, but that the water drawn and bottled under that description even should be called “spring water,” at all.
“Nestle has claimed for years its rights to Arrowhead Springs date back to the turn of the last century,” Anti-Media reported in September 2015, “however, not-so-strangely, deed transfers marking Arrowhead Springs’ supposed migration through a string of dissolving and forming Nestle companies have been notoriously difficult to track down. A subject of contention for many, Nestle’s loud claims to historic rights are beginning to sound hollow when requests to view relevant documentation are simply shrugged off.”

None of the requests of Nestlé to provide evidence were ever answered.
Touring the area surrounding Arrowhead Springs, it becomes painfully apparent this isn’t the bubbling water feature replete with lush greenery one might conjure from the memory of a lost fairytale; rather, a pipe snakes out from a mountainside behind doors which look imposing on film, but aren’t tall enough for an adult to stand and walk through. Just a small hike from the road to view this extraction point takes you near a network of pipes emanating from the original — and down to a small collection station to be shipped away as trucks arrive.
Incidentally, this station — not bigger than a picnic shelter — is guarded literally twenty-four hours a day.
Beyond the controversy of extracting excessive quantities of water from a drought-prone area on public, federal land, the water in question isn’t spring water. Asked directly in the 2015 Anti-Media interview whether or not the company’s operations in the San Bernardino Forest could be described as pertaining to “spring water,” Gary Earney — a retired Forest Service employee with decades on the job and whistleblower for the environment — didn’t hesitate to respond:
“Actually, in my estimate, no — and the Office of the Inspector General, which did an inspection of that use a few years back, determined that Nestle was not taking spring water, they were taking groundwater.”
Setting aside what should be ruffled feathers over brazen deception in labeling, that the water is actually groundwater contradicts the corporation’s perfunctory and repeated claims — and it has continued to do so, even after the investigation findings — though asserted ongoing and full compliance with the law.
Between the extraction point in the mountainside and others throughout the forest, Nestlé withdrew around 32 million gallons of water there last year — but the Water Resources Council concluded in its yearslong investigation the much-loathed company has the right to roughly but only 8.5 million gallons.
Now, CBS News reports,
“Nestle was urged to cut back its water withdrawals unless it can show it has valid water rights to its current sources or to additional groundwater. The company was also given 60 days to submit an interim compliance plan.”
Environmental groups, activists, and others concerned for the condition of the forest due to the company’s questionable practices, as well as for the incoherent case for allowing a multi-billion-dollar international corporation to withdraw millions of gallons of water for untold -illions in profit on a grossly expired permit sued the U.S. Forest Service in 2015, over the expiration date — hoping to revoke all rights for water extraction.
That spawned the water board investigation, during the interim of which, Nestlé received a stay from the court to continue withdrawing water — but it appears most of that will soon come to a close.
Nestlé has just 60 days to deliberate what steps it will take next to be fully compliant.

OUT OF MIND » THE INSANITY OF REALITY » POISON PLANET » No, Nestle, You Do NOT Have the Right to Withdraw All That Water from a National Forest