OUT OF MIND » VOICES CARRY » AMAZING PEOPLE, PLACES & THINGS » In This Amazing City People Live Without Politics, No Religion And No Money

In This Amazing City People Live Without Politics, No Religion And No Money

Admin
Posts : 108371
Join date : 2012-01-04
Location : Woodstock Nation
In This Amazing City People Live Without Politics, No Religion And No Money

Sounds too good to be true, where men and women of all cultures are able to live in peace and harmony.
Live in peace in a town called Auroville, where the sole purpose is to realize human unity.
You would never be able to imagine that a place like this could exist. A place that does not follow standards that you are accustomed to. A place that has no money, religion or politics. Sounds like paradise!
Auroville is in the district of Viluppuram. Approxiamately150 km from Chennai in Madras, South of India. 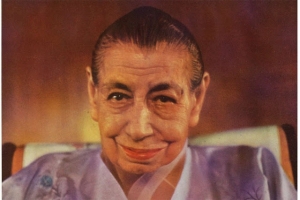 Auroville was founded in 1968 by the spiritual leader Mirra Alfassa (better known as “Mother”), as a town where people from all over the world could live in harmony. Its focal point is the Matrimandir, a futuristic, spherical temple covered in gold discs. Auroville Botanical Gardens protects the region’s tropical dry evergreen forest. Auroville Beach is a long sandy stretch with gentle surf. With a Population: 2,400 (2014) (source) The inhabitants consist of over 50 nationalities.
Auroville aspires towards a safe and pollution-free transport system. All efforts are made to keep the central area as free as possible of heavy vehicles.
This city is positioning itself as a model of sustainable eco-city. It is a method developed by the multi-cropping, combining fruit trees, cornfields and orchards, organized into 15 farms, reaching an area of 160 hectares.
In these farms work 50 villagers and 300 neighbors, producing 2% of rice and cereals consumed and 50% of vegetables.
Also, the village is also self-sufficient in milk and dairy products, and fruits in season.
They coexist without any problem, since they don’t have a political system, have no religion, and on top, do not use money and getting all living through the system of exchanges.

The buildings are made based on an experimental architecture, as they are constantly changing. This is because these structures seek to optimize the use of renewable energies and their main objective: reuse and recycling. 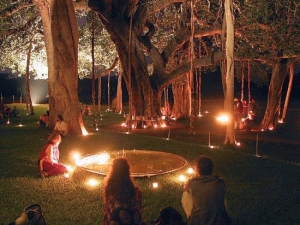 Auroville has plenty to do. There are courses, workshops, and therapies.
As the world is rapidly changing and groping for new paradigms to re-model itself, so Auroville stands poised at the start of a new millennium, ready to enter a new phase of its development and growth, and aware of a new flowering of the faith in humanity’s future that it represents.
The following is the break-down of the population (as in May 2016)[Source]

OUT OF MIND » VOICES CARRY » AMAZING PEOPLE, PLACES & THINGS » In This Amazing City People Live Without Politics, No Religion And No Money

» This site will deal with the subject of corruption in religion and politics. Exposing slave mentality and slave state in which we live.
» Are You A Bloody Idiot? The Truth About Big Money, Drugs and Politics
» LIVE AMA WITH THE DOLANS: COVID, POLITICS, UFOS, AND THE FUTURE
» Former World Bank Senior Council Says A “Second Species” On Earth Controls Money & Religion (Are these the Khazars?)
» More TV Celebrities & Politicians Faint Away on Tape [video]