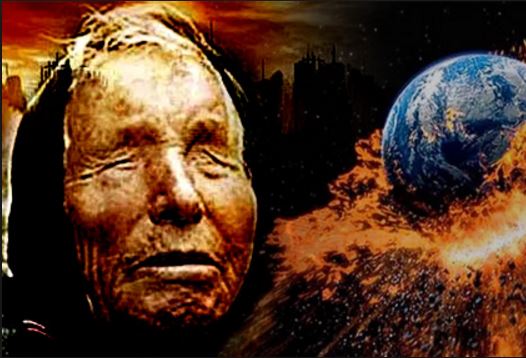 
Psychic who foretold 9/11 and Brexit makes TWO predictions for 2018
A psychic who foretold the attacks on the World Trade Centre and the unlikely Brexit win in the EU Referendum has revealed what next year has in store for us.
Blind mystic Baba Vanga is renowned across the world for her predictions, some of which have come true with eerily similarity.
The Eastern European psychic has foretold many natural disasters and global wars before they happened.
And, despite dying in the mid-1990s, she left a couple of clues as to what we could expect as 2018 rolls around.
The woman became known as ‘Nostradamus from the Balkans’ and passed away aged 85 back in 1996.
She said that in 2018 China will become the world’s next “super power”, taking over from the US and “a new form of energy” will be discovered on Venus, according to the Mirror.
Could these predictions actually come true?
The Parker Solar Probe, named after the solar astrophysicist Eugene Parker, is scheduled to launch in July 2018.
The NASA robotic spacecraft is designed to probe the outer corona of the Sun.
While the craft will not actual land on Venus, it will use the planet’s gravitational force to achieve multiple passes of the Sun.
The mission aims to determine the structure and dynamics of the magnetic fields at the sources of solar wind, trace the flow of energy that heats the plasma surrounding the Sun and explore dusty plasma near the star and its influence on solar wind and energetic particle formation.
Previously, Baba Vanga has predicted the Kursk nuclear submarine disaster, 9/11, Syria, Brexit, North Korea’s rise and the election win of Donald Trump (yes, really).
She famously predicted the 45th President of the United States – Donald Trump – would be faced with a crisis which would “bring the country down”.
She also foretold Brexit – even going so far as to say that Europe as we know it will “cease to exist” by the end of 2016.
In 1989 Baba Vanga said: “Horror, horror! The American brethren will fall after being attacked by the steel birds. The wolves will be howling in a bush, and innocent blood will be gushing.”
On September 11, 2001, planes hijacked by Islamic extremists hit the World Trade Center in New York, killing thousands of people.
Rachael Burford & James Rodger
Birminghammail UK