Cannabis as a Tool to Fight the Opioid Epidemic


The following is excerpted from CBD: A Patient’s Guide to Medicinal Cannabis by Leonard Leinow and Juliana Birnbaum, published by North Atlantic Books.

Overdose deaths in the United States involving opioids (prescription pain-killers and heroin) have quadrupled since 1999. Estimates of the medical costs involved are over $72 billion each year in the United States alone. Dr. Donald Abrams, chief of the Hematology-Oncology Division at San Francisco General Hospital, is among many medical professionals pointing out that anything that weakens this epidemic, which kills eighty Americans every day, is worthy of consideration.

“If we could use cannabis, which is less addictive and harmful than opioids, to increase the effectiveness of pain treatment, I think it can make a difference in this epidemic of opioid abuse.” Abrams has investigated the effect of cannabis on pain for over a decade. “We are hampered by the fact that it is still difficult to get funding for studies on cannabis as a therapeutic,” he adds.1 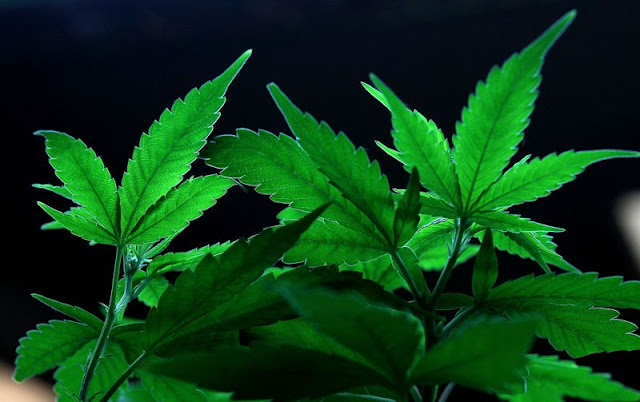 Dr. Dustin Sulak is a licensed osteopathic physician in Maine who treats a wide variety of his patients’ symptoms with medical marijuana. “Cannabis enhances the pain relief of opioids, and if they work together, [the effect] is more powerful,” he says.2 Sulak practices with fifteen other providers in Maine and Massachusetts who treat around twenty thousand people. About 70 percent of their patients use medical marijuana for chronic pain.

Others use it for conditions such as nausea from chemotherapy drugs or cancer. Sulak recently surveyed over one thousand patients at the practice, and half said they used cannabis in combination with opioids to treat their pain. The majority of those people said they either stopped opioids completely or reduced their dosage of opioids over time. “You don’t see this anywhere else,” says Sulak. “Instead you see people coming back and asking for more and more opioids.”3

CBD and other cannabis-based medicines have the potential to be a major tool in the battle against the current epidemic of pharmaceutical drug abuse and overdose in the United States. They have been used successfully as a substitute for opioid-based pharmaceuticals for pain relief, allowing people to lower their dosages and preventing addiction.

Cannabis and narcotic painkillers are known as co-agonists, which means that each of them magnifies the effect of the other. This allows people to take lower doses with comparable effectiveness. One recent research study of 300 people using high doses of opioids to control pain found they could reduce their opioid intake by 60 percent within a three week period of taking CBD and still manage their pain at the same level. After two months, many of them were able to get off the opioid medicine altogether.

CBD has also been used successfully to ease symptoms from opiate withdrawal during the addiction recovery process. It also decreases the physical craving for the opiates. It has been said in the past that cannabis is a gateway drug. In reality, it is a gateway in the other direction, a gateway out of addiction. It is a drug that is used to facilitate the healing of people addicted to hard drugs. As reported in 2015, the sales of pharmaceutical opioid drugs have dropped by 5 percent in states that have legalized cannabis.

In 2014, University of Pennsylvania researchers published a study examining the rates of opiate-related overdoses in the United States between 1999 and 2010. Results revealed that, on average, states that legalized the use of cannabis for medicinal purposes had nearly a 25 percent lower opioid overdose mortality rate after the laws were implemented. According to Marcus A. Bachhuber, one of the authors of the study, “people already taking opioids for pain may supplement with medical marijuana and be able to lower their painkiller dose, thus lowering their risk of overdose.”4

The relationship between the passing of a medical marijuana bill and the decrease in opioid overdose deaths has strengthened over time. During the first year after a state’s law was implemented, deaths decreased by nearly 20 percent and continued to steadily drop. Five years after implementation, the rate was 33.7 percent lower.

In the June 2016 issue of The Journal of Pain, researchers Boehnke, Litinas, and Clauw showed that medical cannabis use was associated with a 64 percent decrease in opioid use in patients with chronic pain. In addition, there was a decrease in the number and side effects of medications and an average of 45 percent improvement in quality of life measures—benefits greater than other classes of medications and with fewer side effects.5

These numbers are likely causing concern among pharmaceutical companies. Big Pharma has been at the forefront of opposition to marijuana reform. It has funded research by anti-pot academics7 and funneled millions of dollars to groups that oppose marijuana legalization (such as the Community Anti-Drug Coalitions of America).8,9 Pharmaceutical companies have also lobbied federal agencies directly to prevent the liberalization of marijuana laws.

The biggest players in the anti-marijuana legalization movement are pharmaceutical companies, alcohol and beer companies, private prison corporations, and police unions, all of whom help fund lobby groups that challenge marijuana law reform. Corrections Corporation of America, one of the largest for-profit prison companies in the United States, has spent nearly $1 million a year on lobbying efforts. The company even stated in a report that “changes with respect to drugs and controlled substances . . . could affect the number of persons arrested, convicted, and sentenced, thereby potentially reducing demand for correctional facilities to house them.”10

According to a report in The Nation magazine, among the largest donors to organizations fighting marijuana liberalization are Purdue Pharma, makers of the painkiller OxyContin; Abbott Laboratories, which produces the opioid Vicodin; and Janssen Pharmaceutical, a J&J subsidiary that manufactures the painkiller Nucynta.11

“There is big money in marijuana prohibition,” notes the Center for Responsive Politics, a non-profit research group based in Washington, DC, that investigated this link to anti-legalization lobbying efforts.12 The organizations that received money from these companies lobby Congress to maintain marijuana’s classification as a Schedule 1 drug, in spite of the fact that more than twenty-two thousand people die every year in the United States from overdoses of pharmaceutical drugs, according to the Centers for Disease Control and Prevention.13 Three out of every four pharmaceutical overdose deaths involve prescription painkillers—more than heroin and cocaine combined.

It appears that drug companies want to downplay the medical benefits of marijuana in order to maintain or increase the sale of their drugs; alcohol manufacturers do not want competition for their customers from legal cannabis; and private prisons need to fill their beds with convicted drug offenders. Marijuana advocates have some large and well-funded enemies to contend with. The future of legalized cannabis now rests with the efforts of individual citizens to push for changes in state law.

NOTE For updates to this chapter, visit www.CBD-book.com/Updates.

5 Kevin F. Boehnke, Evangelos Litinas, and Daniel J. Clauw, “Medical Cannabis Use Is Associated with Decreased Opiate Medication Use in a Retrospective Cross- Sectional Survey of Patients with Chronic Pain,” The Journal of Pain 17, iss. 6 (2016): 739–744.

» Cannabis Strains for Opioid Addiction
» As Overdose Deaths Hit Record High, Study Shows Cannabis Significantly Reduces Opioid Use
» Willie Nelson Joins the Fight Against a Corporate Takeover of the Cannabis Industry
» Katie Hopkins’ warning to America and why we need to STAND together with Trump and FIGHT FIGHT FIGHT against the DS agenda!!!
» Illinois Residents Can Now Swap Prescription Opioid Painkillers for Medical Marijuana